Finances, laws… behind the scenes of the permanent committees at the National Assembly

After the start of the 16th legislature, on June 28, it will be time to elect the presidents of the eight standing committees of the National Assembly. The latter are the mysteries of the hemicycle,… 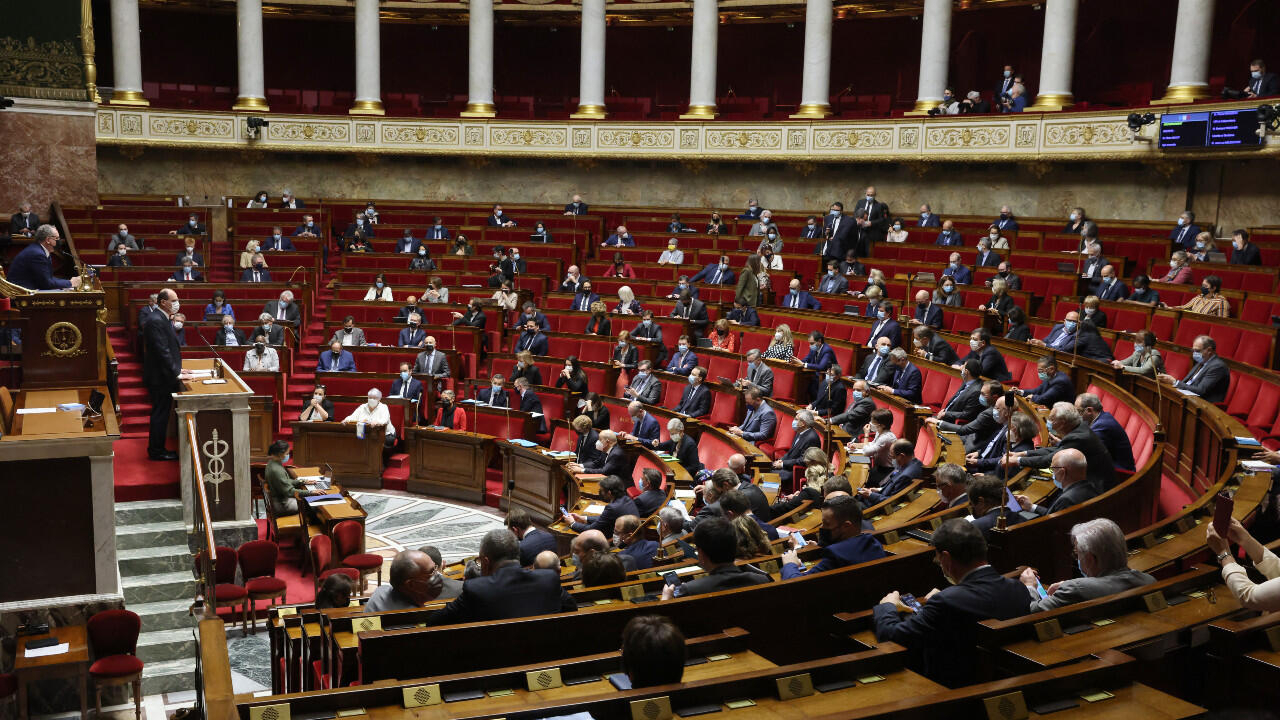 The fight has been launched since the results of the second round of the general elections to find out who from the left-wing coalition Nupes (131 deputies) or the extreme right (89 deputies) will take the presidency of the Finance Committee on 30th June next.

Republican tradition wants this post to be given to the main opposition group in the hemicycle – a process that highlights the mysteries of the National Assembly: its eight permanent committees.

"These commissions have two missions. They first do a lot of preparatory work, namely a pre-examination of bills and law proposals - which can lead to their modification with proposed amendments - before the text is examined. then in public session", explains Jean-Philippe Derosier, professor of public law at the University of Lille.

"They also have a mission of parliamentary control allowing them to hear members of the government and to create missions of information on various subjects, such as on the functioning of an administration for example."

These eight permanent committees, into which the 577 deputies are divided, are each composed of a president, a general rapporteur, as well as several vice-presidents and secretaries responsible for monitoring the progress of the votes.

The Finance Committee and its coveted presidency

The Finance Committee is the most coveted of the eight both for its presidency and for its extensive prerogatives.

Currently at the center of political attention, it has a wide field of activity with regard to the control of the State budget.

"It is intended to deal with all the tax and financial aspects of the legislation", specifies the Public Life site.

Its rapporteurs have specific investigative powers, in particular thanks to the evaluation and control mission, a body specializing in the evaluation of the effectiveness of public policies, which also exists in the Social Affairs Committee.

According to Jean-Philippe Derosier, "this is called 'on-the-spot and on-the-spot checks': when you are the special rapporteur for the mission concerning the Interior, for example, you can go and check on the spot the use of appropriations by the ministry. This prerogative is exercised relatively little by parliamentarians."

The presidency of the commission is, moreover, an object of covetousness by the opposition in the National Assembly.

All the more so in the current situation, with the National Rally claiming the status of the first opposition group, while the Nupes (with more deputies) is considered a coalition of several groups.

The regulation of the National Assembly specifies in its article 39, paragraph 3, that this presidency falls to "a deputy belonging to a group having declared itself to be in opposition".

Finally, the deputies of the majority do not take part in the vote, according to a republican tradition in force since 2007.

In terms of powers, the Chairman of the Finance Committee plays a very important role in the State's budgetary mechanism: He sets the agenda for this committee, an important role during the examination of the draft budget, and has a power of control of Finances.

Thus, he can obtain, if necessary, the lifting of tax secrecy and have the files of companies or individuals communicated to him.

A power which partly explains the current political battle – involving the last chairman of the Finance Committee, Éric Woerth (LR) – which will end with the election for the post on June 30.

The Law Commission: "everything relating to freedoms and security"

Chaired during the last legislature by Yaël Braun-Pivet (Renaissance, ex-LREM), current candidate for the perch of the National Assembly, the Law Commission is just as important, in its genre, as that of Finance.

"It deals with all texts relating to the sovereign, that is to say, everything relating to freedoms and security", explains Olivier Rouquan, constitutional expert and researcher associated with Cersa.

"The debates can be lively in this commission: there have been many sensitive texts on these issues debated in recent years, because of the fight against terrorism or about the maintenance of order."

Like the other permanent commissions, that of the Laws can hear political leaders to question them on subjects that are part of its backyard.

Thus, for example, at the end of 2020 she heard the Minister of the Interior, Gérald Darmanin, about multiple media cases of police violence, article 24 of the Global Security Law or even the maintenance of order.

The Law Commission also has a mission to control public action and can produce reports a posteriori to draw up an assessment of laws several years after their promulgation.

This is the case with the SILT law – relating to the prevention of acts of terrorism and intelligence – for which the Law Commission made an assessment at the end of 2020, three years after its implementation.

Finally, the Law Commission also has other more technical fields of action: this concerns constitutional laws, decentralization laws and even electoral laws.

It is one of the committees least visible to the general public but one of the most "prestigious": the Foreign Affairs Committee, as its name suggests, deals with everything relating to diplomacy and France's international relations.

"Like the Law Commission, it is thought of as prestigious by parliamentarians, which is also linked to the prestigious position of the Quai d'Orsay. Seasoned MPs often want to be part of this commission", explains Olivier Rouquan.

"It's a very discreet commission, rarely in the media spotlight, but it does substantive work and often very interesting reports, monitors our geopolitics and produces fairly relevant studies, particularly on the various issues of globalization."

Among other productions during the last legislature, the Foreign Affairs Committee notably produced an information report at the beginning of 2022 "on the international negotiations relating to climate change" after COP26 in Glasgow.

The deputies who make up this commission may, moreover, be called upon to "accompany the Head of State on some of his trips as well as to travel internationally", adds Jean-Philippe Derosier.

In the context of the war in Ukraine, the chairman of the Foreign Affairs Committee, Jean-Louis Bourlanges, notably traveled to Helsinki at the end of March "for talks on security in Europe", as relayed by the French Embassy in Finland.

Among other challenges, the new commission will probably have to look into the reform of the senior civil service, which is sparking an unprecedented strike movement among French diplomats.

>> To read: Strike by French diplomats: "A reform that denies our expertise"

The Strategic Defense Committee with the war in Ukraine

The Committee on National Defense and the Armed Forces is one of the standing committees of importance, especially with the war in Ukraine which began under the previous legislature.

"It takes care of everything related to the orientation of defense policy and the organization of the armies, intelligence included", specifies Olivier Rouquan.

"She worked a lot during the previous mandate, since the budget of the Armed Forces has increased since 2019 and there have been decisions to be made on the commitments and the necessary investments".

The members of this commission try to ensure, from one mandate to another, a continuity of political action.

But twenty of the 62 deputies who sit there were not re-elected during the last legislative elections, as noted by Var-Matin.

"It's annoying because it will be necessary to reconstitute, for each new member, a knowledge of the geopolitical situation of our country as well as on the problems of our armies", explained to the regional daily the parliamentarian from Var André Guiol.

And the challenge promises to be sizeable for the new legislature: according to Olivier Rouquan, "we must continue the work which, with the war in Ukraine, requires rethinking our defense in the direction of an increase in resources, since we are observing risks that are now on European soil".

And the constitutionalist believes that "one of the most interesting debates to follow", in this commission, should concern "proposals which will come from the executive, which risks reviving the idea of ​​a better coordinated European defense on the both objectives and means.