Death of Leonardo Del Vecchio, the Italian emperor of glasses 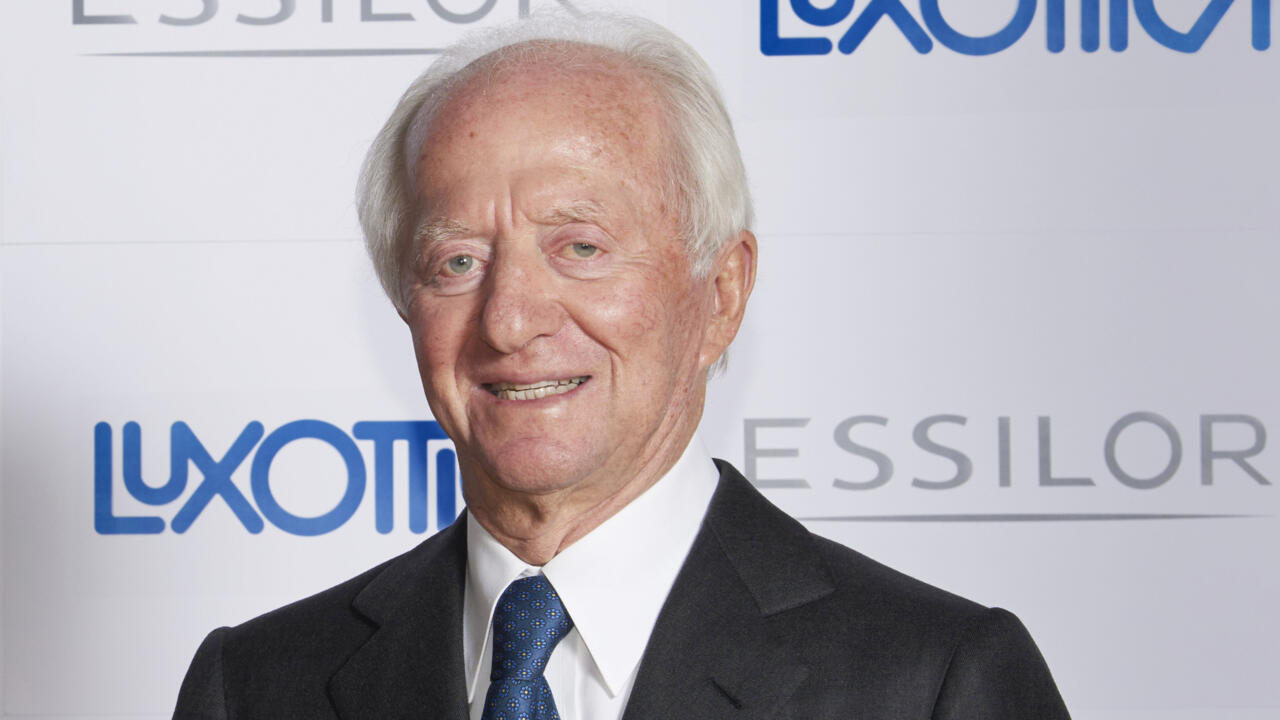 From a small factory created in 1961 in the Venice region, Leonardo Del Vecchio had founded an empire of glasses.

Until the end, the one who started working as a teenager defended his vision of Italian capitalism.

"We have to start tearing down the walls and creating national and then European champions to compete on an equal footing with the international giants", he said in one of his last interviews, given at the end of 2021 to the daily Corriere. della Sera.

The entrepreneur suffered from pneumonia and had been in intensive care for several weeks at the San Raffaele hospital in Milan, according to Italian agencies.

"Del Vecchio was a great Italian," reacted the head of government Mario Draghi.

"A leading figure in Italian entrepreneurship for more than sixty years, Del Vecchio has created one of the country's greatest companies from humble beginnings."

In 2018, the billionaire realized his "dream": to give birth to the global optical giant, by merging his Luxottica group with the French Essilor.

Luxottica is the story of an Italian "success story" and an entrepreneur who started from scratch.

The youngest of a family of four boys, Leonardo Del Vecchio was born in Milan in 1935. His mother entrusted him at a very young age to the Martinitt orphanage, being unable to meet the needs of the whole family after the death of his father, a fruit seller. and vegetables.

At 15, Leonardo began working in a cup and medal factory, whose owner encouraged him to enroll in evening classes at the Brera Museum Academy, in particular to study design.

In 1958, he opened a spectacle frame workshop in Agordo, Veneto.

Three years later, it will be the birth of Luxottica, specialized in the production of small pieces of eyewear.

The flight took place from 1971, when the company stopped manufacturing for third parties in order to devote itself solely to the production and marketing of glasses.

Then, ten years later, Luxottica set out to attack the American market.

The group is now an optical giant, listed on the Paris Stock Exchange.

Owner of Ray Ban, Oakley and Sun Glass Hut, the juggernaut also manufactures glasses for prestigious brands such as Chanel, Prada or Versace.

Thanks to the success of his group, Mr. Del Vecchio, white hair and always elegantly dressed, was the second fortune of Italy, with in particular his Delfin holding company based in Luxembourg.

The wealth of this father of six children born to three different mothers was estimated in April by Forbes magazine at $27.3 billion.

Del Vecchio was also an influential shareholder in the investment bank Mediobanca and the insurer Generali.

Associated with another billionaire, the construction magnate Francesco Gaetano Caltagirone, he was among the slingers who had tried, in vain, to prevent the renewal of the CEO of Generali, Philippe Donnet.

The latter ended up being re-elected by the shareholders in April.

Leonardo Del Vecchio was a "great man and entrepreneur, Italian pride in the world. I hope his personal story can serve as an example to young people", commented the Minister of Economic Development Giancarlo Giorgetti.

"Del Vecchio was a great Italian", an "example for today and tomorrow", tweeted the European Commissioner for the Economy, Paolo Gentiloni.

According to industry experts, Mr. Del Vecchio had always had a very strong relationship with the factory workers.

On the occasion of his 80th birthday, he offered 140,000 Luxottica shares to his Italian employees worth 9 million euros.

"They are the real architects of the success of our company", he explained.