At least 12 people were killed in Jordan on Monday and more than 250 were injured after a container filled with toxic gas overturned and fell in the port of Aqaba... 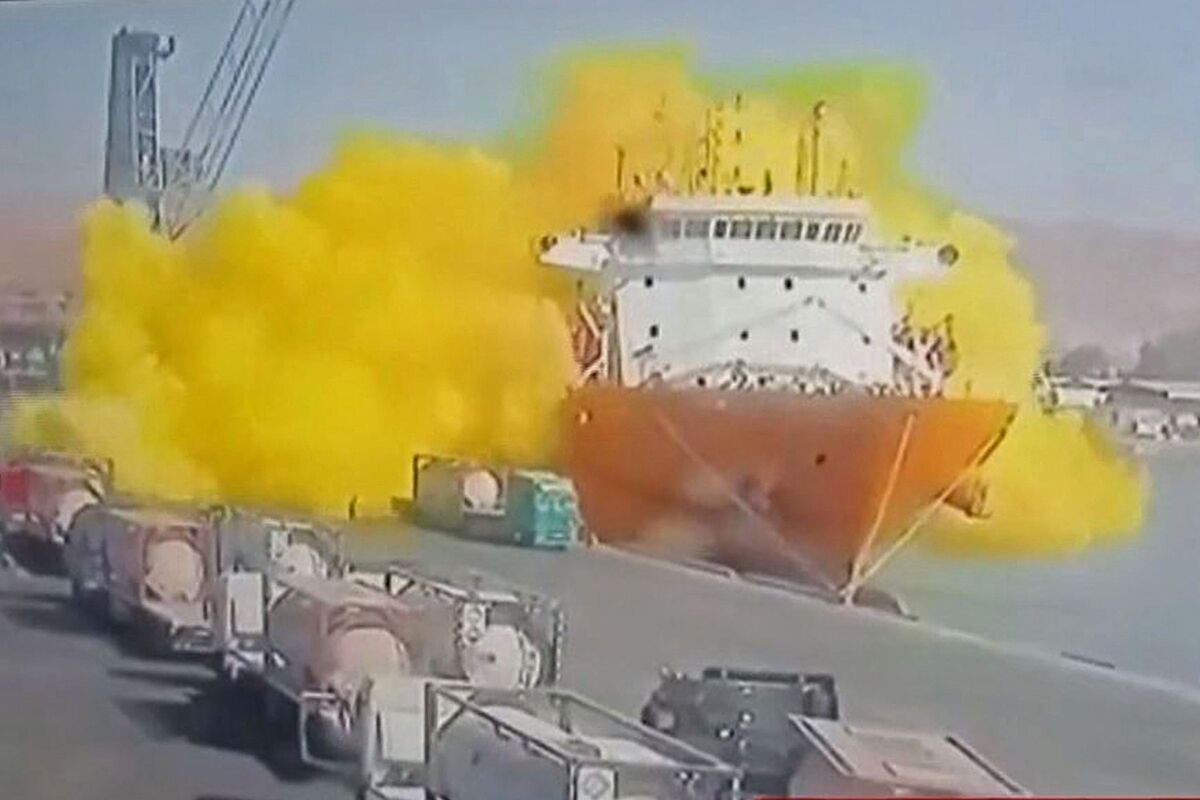 At least 12 people have died this Monday in

(south), according to an official source.

"The death toll after the gas leak in the port of Aqaba rises to 10 dead and more than 200 injured," Information Minister

This figure, however, rose throughout the afternoon to 12 dead and 250 injured.

Earlier, a general security spokesman had announced that a "container filled with toxic gas overturned while being transported, causing a leak."

According to officials, who spoke on condition of anonymity, the container fell from a ship in the southern area of ​​the evacuated port.

and his Interior Minister

Mazen Al-Faraya went to the scene, according to the official

Aqaba, one of the main ports on

is the only seaport in the Hashemite kingdom, through which the majority of Jordanian imports and exports pass.

According to images published on television, a crane carrying the container dropped it on the ship.

After the impact, yellow smoke immediately escaped, while people tried to flee.

The deputy head of the Aqaba Region Port Authority,

that an "iron rope carrying a container with a toxic substance broke, causing the substance to fall and leak." toxic".

Jordanian authorities later announced that the situation is now "under control" in the port of Aqaba.

"The leak is very far from residential areas and the situation is under control," Aqaba province governor

The injured were taken to two public hospitals, a private hospital and a fourth field hospital, according to authorities.

declared that "Aqaba's hospitals were overwhelmed and could no longer receive any more wounded," some in critical condition.