More than 1,000 people gathered on Monday evening in central Oslo to show their support after the act at a gay bar. This is despite the police's call to cancel the demonstration. 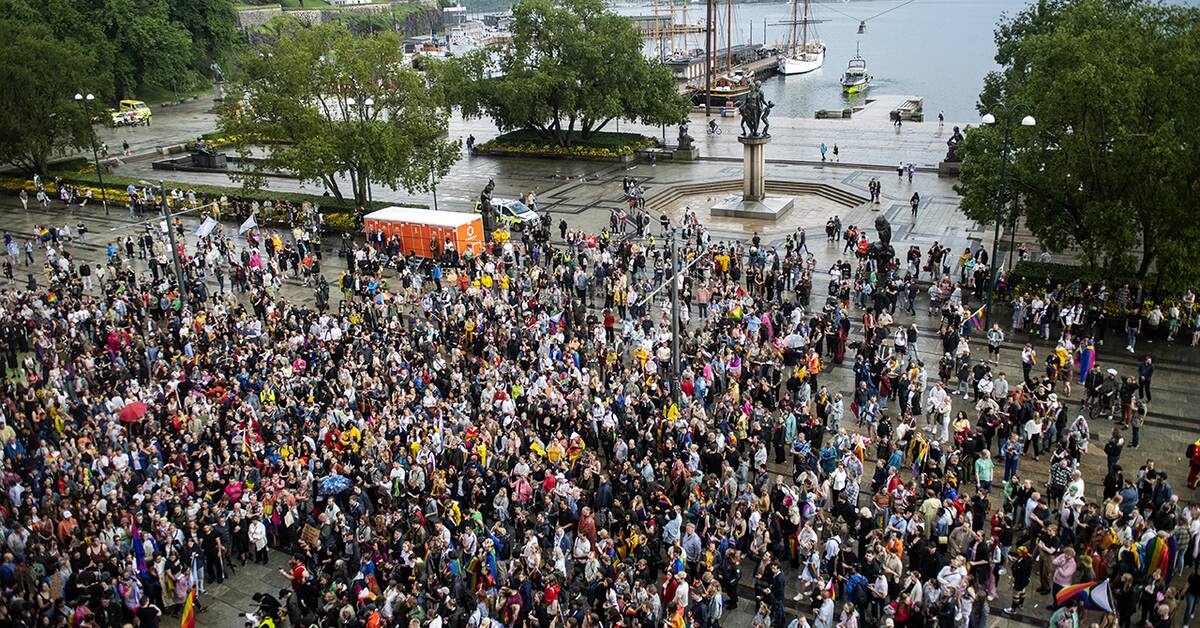 Earlier in the day, the police came with a clear recommendation to cancel the evening's demonstration.

- The police have been in dialogue with the organizer of the celebration on Rådhustorget in Oslo and recommend that the event be postponed, said the police chief in Oslo, Beate Gangås, in a press release.

Shortly after the police's recommendation, Oslo Pride decided to cancel the evening's demonstration.

Despite this, more than 1,000 people gathered to show their support.