Why is the Zolgensma injection to treat muscular dystrophy in children cost 2 million dollars?

Why does an injection of Zolgensma - a drug for childhood muscular dystrophy - cost two million dollars? What does the syringe contain? What is spinal muscular atrophy? 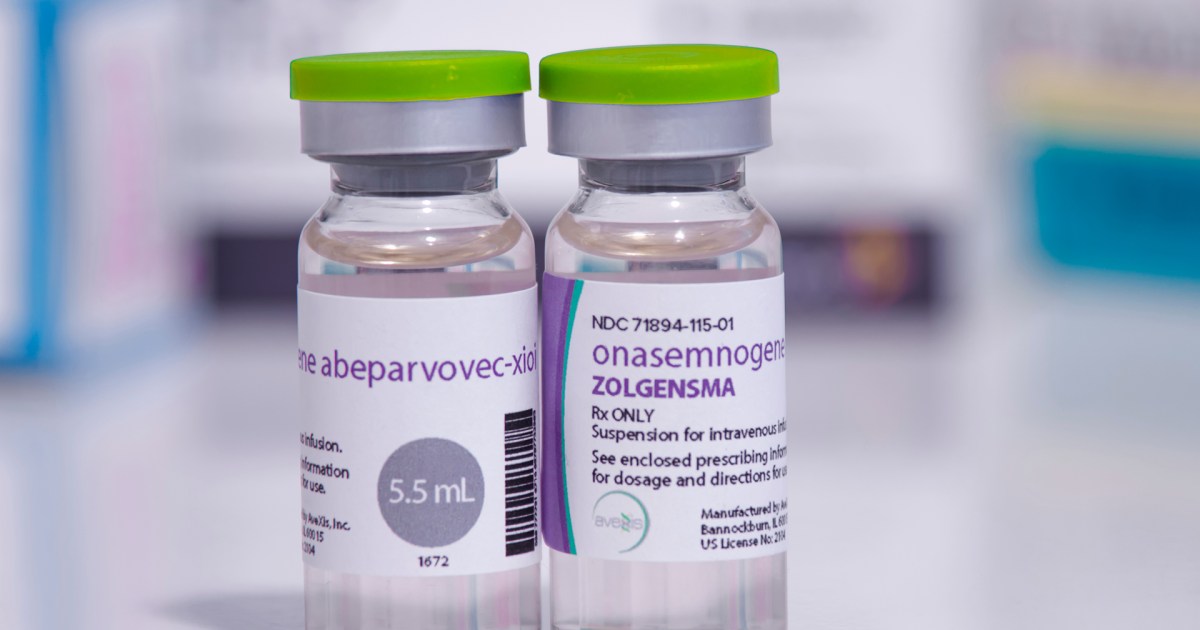 Why does an injection of Zolgensma - a drug for childhood muscular dystrophy - cost two million dollars?

What does the syringe contain?

What is spinal muscular atrophy?

At a cost of $2.1 million for a single-dose treatment, zolgensma is currently the world's most expensive drug and treats spinal muscular atrophy (SMA), a genetic disorder that causes muscle wasting and weakness, according to a report in Forbes.

The drug Zolgensma is manufactured by the company "Novartis", according to a report published by the French newspaper "Luton" (letemps).

Why is the price of an injection to treat muscular atrophy in children two million dollars?

To understand why a single dose of the drug cost $2.1 million, you need to start by looking at how it was made, and why it was created in the first place.

Zolgensma falls into the category of personalized or precision medicine, because it is a drug that targets specific problems caused by a person's unique genetic code.

According to a report in drugs, the reason for the high cost of Zolgensma is that this is the price that Novartis decided it was worth, because it dramatically transforms the lives of families affected by this devastating disease for the better.

Vas Narasimhan, chief executive of Novartis, argues that gene therapies represent a medical breakthrough in the way they offer hope of treating fatal genetic diseases with a single dose.

In some cases, an alternative is a multi-dose treatment with gradual improvements.

For example, an alternative to Zulgensma is Spinraza that is taken 4 times a year for life, and is priced at $750,000 the first year, then $350,000 a year after that, which is about $4 million per contract.

But how do drug companies calculate the actual cost?

Many companies use a value-based pricing model, which calculates the cost based on the number of years of life gained by the patient when taking the drug, as well as taking into account the effectiveness of that drug.

But that does mean putting a price on the value of life, as well as ensuring that the company makes a reasonable margin on its investment.

Little has been revealed about the true cost of bringing a new drug to market, and Novartis did not develop Zulgensma, but acquired it through its $8.7 billion purchase of the US company AveXis.

What does the zolgensma syringe contain?

Zolgensma is considered a type of gene therapy, which means it replaces a defective or nonfunctioning gene to treat a disease.

Zolgensma was designed to target the genetic cause of spinal muscular atrophy, a missing or ineffective SMN1 gene.

The drug replaces this gene with a new, working copy.

For its part, Novartis defended the drug's price by highlighting the $8.7 billion that was paid to purchase the rights to manufacture the drug until 2028, from the American laboratory "AveXis" that developed it.

In the last week of June 2022, a large donation campaign in Egypt succeeded in raising about 45 million Egyptian pounds (one dollar equals 18.78 pounds), to secure Zolgensma treatment for a girl who is about to complete her second spring.

The story belongs to the girl Ruqayya from Alexandria (North), who suffers from Spinal Muscular Atrophy.

The family launched an account to collect donations through social media platforms, in order to reach the largest possible segment, to be adopted by celebrities, journalists, activists and official bodies in the country.

What is spinal muscular atrophy?

Spinal muscular atrophy is a genetic genetic disease that makes muscles weak, and causes the patient to have movement problems, and the disease worsens with time, and there is no current treatment for it, but there are treatments that help the patient deal with symptoms and improve his life, according to the National Health Service in Wales.

The disease does not affect the child's intelligence or ability to learn.

In most cases of spinal muscular atrophy, a child is born with the disease if both parents carry the gene that causes the disease.

Usually, the parents do not have it, but they carry a copy of the gene, meaning that the gene is recessive, and in order for the child to develop the disease, he must carry two copies of it: one from the father and the second from the mother.

Symptoms of spinal muscular atrophy are:

There are several types of the disease that begin at different ages, as follows:

It affects young infants, and symptoms appear during the first 6 months of life, and they have severe weakness in the arms and legs, and difficulties in movement, eating, breathing and swallowing, and the child cannot raise his head or sit.

Usually people with this type die in the early years, as a result of breathing problems.

In this type, symptoms appear on affected children at the age of 7 months and 18 months, and are less severe than the first type, and include the following:

This type may shorten life expectancy, but most children affected live to adulthood and can live long lives.

Symptoms usually appear after 18 months of age, but sometimes they may not appear until late childhood or early adulthood.

Symptoms of this type include:

This third type usually does not affect life expectancy.

It affects adults, usually begins in early adulthood, and symptoms include:

This fourth type slowly worsens over time, but it does not cause breathing or swallowing problems, and does not affect life expectancy.