Some 200 civil organizations and around 6,000 people marched this midday in Madrid under the slogan “Our life is at stake”. Among them, anti-abortion associations, but also anti-euthanasia... 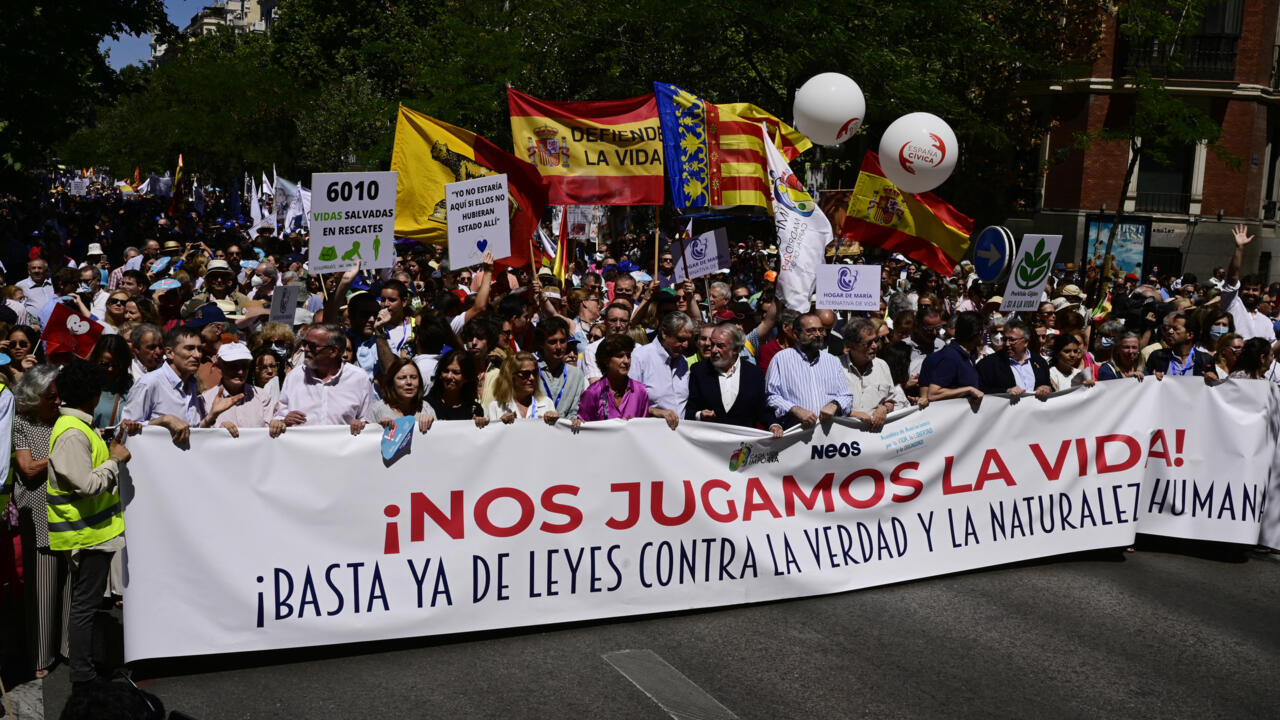 Anti-abortion protesters in the streets of Madrid, June 26, 2022. © JAVIER SORIANO/AFP

Some 200 civil organizations and around 6,000 people marched this midday in Madrid under the slogan “

Our life is at stake

Among them, anti-abortion associations, but also anti-euthanasia or Christian associations defending the traditional heterosexual family.

The reform of the law on abortion, which is under study and allows abortion from the age of 16 without the consent of the parents, is the subject of all criticism.

With our correspondent in Madrid,

The sign at the head of the procession sends a clear message: "

In the name of truth and human nature, let us defend life

Organized by Catholic collectives, this demonstration with a festive atmosphere is opposed not only to the abortion reform project that the socialist government

, but more generally to all the societal laws adopted by the executive of Pedro Sanchez.

Among the demonstrators, members of the People's Party (PP), but also many young people like 23-year-old Juan: "

Support for the US Supreme Court decision

For Maria, a Madrid grandmother accompanied by her six grandchildren, this march is also an opportunity to claim Christian values, which, according to her, are under attack.

They passed laws that go against life, supporting a philosophy of life that destroys the hard core of the family, that's why I'm here to protest against all this

In the crowd, several placards cheered the decision of the Supreme Court of the United States to declare abortion unconstitutional.

For the far-right Catholic collective HazteOir, (

►Also read: Abortion: a fragile and contested right in many parts of the world