A week after his crash in Germany, Italian Francesco Bagnaia (Ducati) easily won the Dutch Grand Prix on Sunday in Assen, benefiting from the retirement of Frenchman Fabio Quartararo... 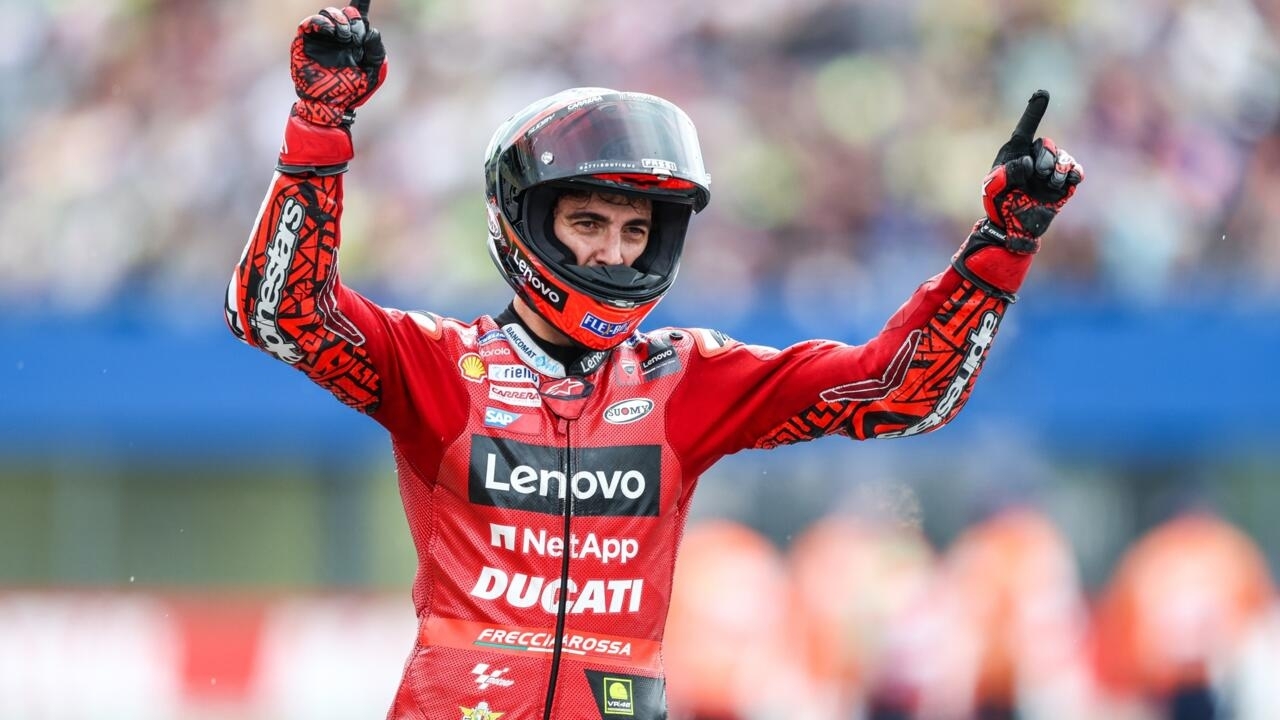 Marco Bezzechi (Ducati-VR46) and Maverick Vinales (Aprilia) completed the podium of this 11th Grand Prix out of 20, which saw Quartararo fall twice and retire mid-race.

After a French double in Germany last week, the tricolors were not at the party this time: in addition to Quartararo, Johann Zarco (Ducait-Pramac), who started 5th, only finished 13th.

At the summer break, Quartararo is the leader with 21 points ahead of the Spaniard Aleix Espargaro (Aprilia), miraculously 4th on Sunday, and 58 over Zarco.

"I wanted to push too much at the beginning, it's with mistakes that we learn for the future, but it's a shame" to declare the reigning world champion on Canal + after his retirement.

“My second fall is a rookie mistake,” added “El Diablo”.

Before the next Grand Prix in Great Britain on August 7, Bagnaia carried out the excellent operation of the weekend.

Going from 6th to 4th place in the world, he especially reduced his delay on Quartararo to 66 points.

Francesco Bagnaia in front of his compatriot Marco Bezzecchi on the Dutch circuit of Assen on June 26, 2022 Vincent Jannink ANP / AFP

A 25-0 that his rival for the title had inflicted on him last week.

Falling in the 4th round in Germany, leaving the victory to Quartararo, the Turinese reversed the roles.

In the "cathedral" of motorcycle speed, the Italian broke away and no one saw him again.

He won his third Grand Prix of the season - as much as Quartararo - and can still believe in his star.

Knowing that last year, it was at the end of the season that the 2021 vice-champion had recorded his four victories, the 25-year-old driver could regain his rank as favorite alongside the defending champion.

On condition of solving its problems of irregularity, with in particular four abandonments this season.

Quartararo, who has on the contrary shone so far with his consistency, with ten top 10 finishes in ten races, will have to regain his confidence during the holidays.

Starting second on the grid, Quartararo fell on the 5th and then on the 13th lap out of 26. Even if he quickly got back on his feet, he had to retire after this second accident.

This is the first time this year that the championship leader has given up.

The Frenchman got off to a bad start and was quickly overtaken by Aleix Espargaro.

It was while trying to recover his second place, in an attempt on the inside of a bend, that the Frenchman lost control.

Quartararo ended up in the gravel but got back on his bike, in last place however.

An impressive fall but without apparent injury.

The Frenchman came to apologize after the race to Espargaro, whom he pulled off the track on the 5th lap.

The Spaniard, who had not crashed but tumbled to 15th place, managed a fantastic comeback to finish 4th.

At the foot of the podium, Aleix Espargaro limits the damage and even takes points from his French rival.

Everything remains open for the second half of the season.