Lucía Etxebarria: "I hate 'Beatriz and the celestial bodies'. It's a burden"

Interviewing Lucía Etxebarria is no small matter. In other words, it's a big deal. The words that Mariano Rajoy used to describe Talavera ceramics can... 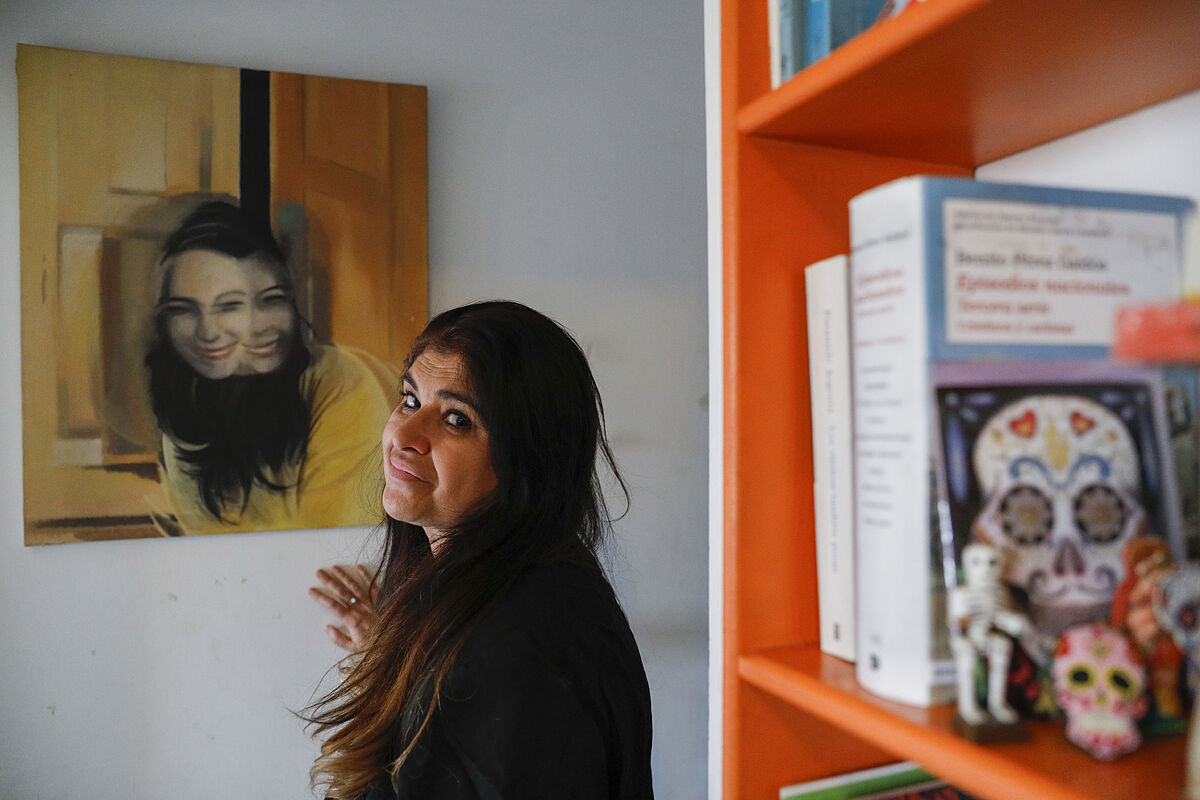 In other words, it's a big deal.

Beatriz and the celestial bodies.

Because the interviewer may want to talk about that book in particular, but the interviewee has hundreds of anecdotes with which to truffle her statements.

Selene and the 4 elements

Beatriz of Her and the Celestial Bodies

won the Nadal Prize in 1998 and her publication was crucial for many women who needed to feel reflected in Literature.

Precisely in her pages, almost for the first time, there was talk of a relationship between women that goes beyond friendship.

Imagine that you had a boyfriend when you were 27 years old, you have forgotten him and everyone at 56 tells you I remember when you went out with Pepito", explains the author of the same.

The book in question became reference reading and its success catapulted Etxebarria to fame.

"That work hit a bombshell for some reason that escapes me but I went on with my life and it's as if they only remembered me for that. Instead of being very proud and excited, which on one hand I am, it's as if you were wearing a carry your whole life.

The book not only became very famous but also endured.

Why that and others not? I don't know. Who is inside doesn't know. If I had sat down to write a

I wouldn't have gotten out.

I have to be away from the creature (the book) because if it doesn't eat me.

If there were autobiographical parts, I wouldn't say so.

At that time, the 90s, I got into trouble but I managed to get out.

They called me a drug trafficker but there is a huge difference between one retail and the other.

And in a retail where you come to do a favor, for a mistake, "he says. Although he clarifies:" I know I'm lucky because there are many people who look for that all their lives and don't get it and work hard for it.

It just happened to me."

On how Lucía's work will transcend in the future, the author expresses: "Speaking with other writers, they tell me that we have to instill our legacy in our children and I say please to my poor daughter, I am not going to put her in that mess. I want my daughter [Allegra, the result of her relationship with a Canadian biochemist] to have a life of her own.

because I am going to be dead so what else does it give me. "

Lucía has acknowledged in an interview that she considers herself bisexual.

However, he makes some appreciation to LOC: "Sexuality is not important in my life. Now I think they call it sapiosexual or demisexual. People attract me because of their head and for one or two who attract me I'm not going to wear to see if it is a man or a woman. Bisexual I have it more related to sex.

I do not relate to people exclusively for sex. I need something more

and it is not necessarily love. A connection. "

And about polyamory: "I've been in circles. The word has degenerated, circles were a spiritual thing.

Now it's something that speaks more of sex than of meeting

. Free love comes from 1900. Society sees sex as a consumer product, to people who are used as handkerchiefs. You see people very devastated because they enter these exchanges and end up being a seasonal bag, a handkerchief... I don't go on Tinder or those things because I don't need them to destroy me."

As for the writers that Lucía follows, she acknowledges that she has not read the book

by Sara Torres, but she gives some names.

When I was young I was fascinated by all of them because they had committed suicide and now I see it and say there is nothing beautiful or transgressive. It is a tragedy. I love Virginia Woolf but now I look at it with perspective and I see a person who is abused, mistreated, with a very difficult life. I'm trying to find someone who doesn't commit suicide."

Although she speaks with this Literature supplement, Lucía comments that the last few years have been difficult for her because she opposes the Trans Law.

"TERF (Trans-Exclusionary Radical Feminist) is an insult and is used to threaten me. There are people who use it half in jest. TERFA put me on the phone, a kind of star of David. Just for disagreeing with a law. When I was young I spent the day with Shangay Lily but I'm transphobic. You oppose a law, not a group or some people and they tell you that you're against transsexuals. And they tell me that I'm from Vox. But how am I going to be from Vox! I'm not surprised by Moreno Bonilla's victory in Andalusia.

And in Chueca who did they vote for? Oops! Ayuso.

Let them wonder why."