Jonas Gahr Støre: This fight is not over

Royals, politicians, spiritual leaders and mourning residents gathered in Oslo Cathedral on Sunday to honor the victims of the suspected terrorist attack that shook Norway's capital on Saturday night. - We stand united, we are a community, says Prime Minister Jonas Gahr Støre. 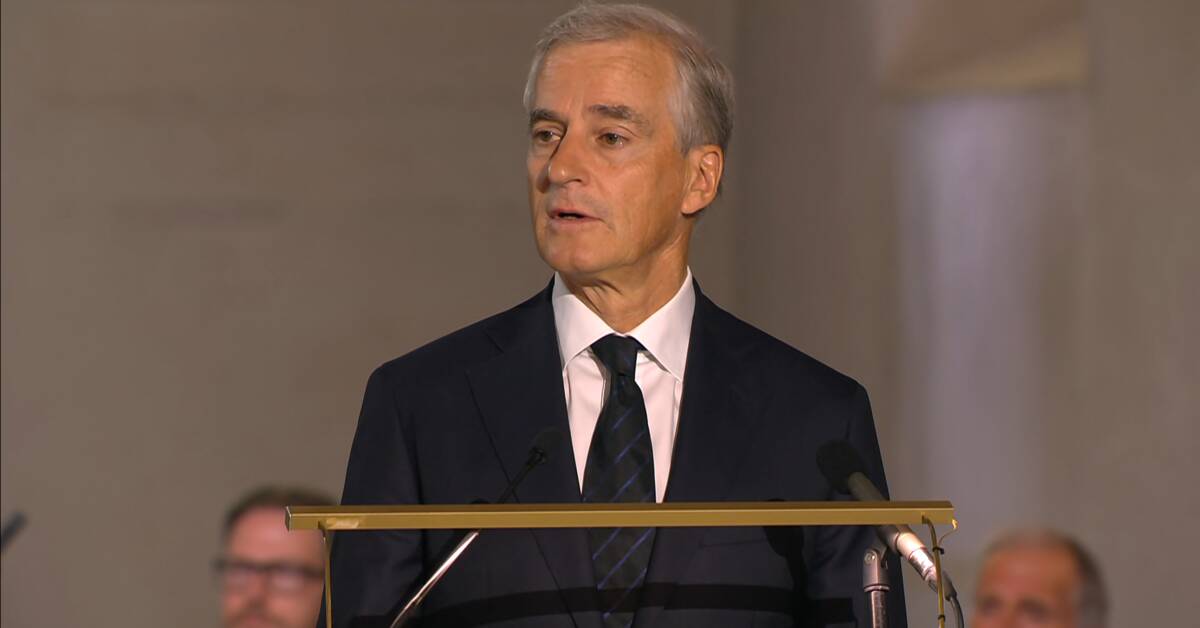 At 01:00 on Saturday night, the suspected terrorist Zaniar Matapour, 42, opened fire on a pub street in central Oslo.

Two men were killed and 21 people were injured.

On Sunday, a mourning service was held in Oslo Cathedral.

"We have gathered in grief and despair, anger and powerlessness," said Provost Anne-May Grasaas as she began the memorial service.

- There are many indications that the LGBTQ environment was the goal.

The diversity that many have fought for in our country was attacked.

It was a gloomy night.

Norwegian Prime Minister Jonas Gahr Støre said that the sun-drenched Saturday - June 25 - would have been a festive day.

- We would have celebrated the freedom, love and the right to love whoever you want, he said.

- The shooting during the wee hours put an end to the Pride Festival, but not to the fight against discrimination, prejudice and hatred.

This fight is not over.

It is not harmless, but we will win it together.

Then he turned directly to Norway's Muslims.

- We stand united, we are a community.

Masud Gharahkhanik, President of the Storting in Norway, corresponding to the Speaker, also gave a speech during the ceremony.

He told of a conversation he had with a friend who worked as a guard at one of the pubs that were shot.

The friend risked his life to save others that night.

- He was sad and told that he felt ashamed that he was born in the same country as the terrorist.

But it's not about skin color.

A terrorist is a cowardly terrorist, says Gharahkhanik.