Ukraine: in the ongoing battle for Donbass, kyiv wants "fire parity" with the Russians

The Ukrainians ordered their forces to withdraw from the town of Sievierodonetsk, a strategic lock. But the battle for the Donbass is not over yet. 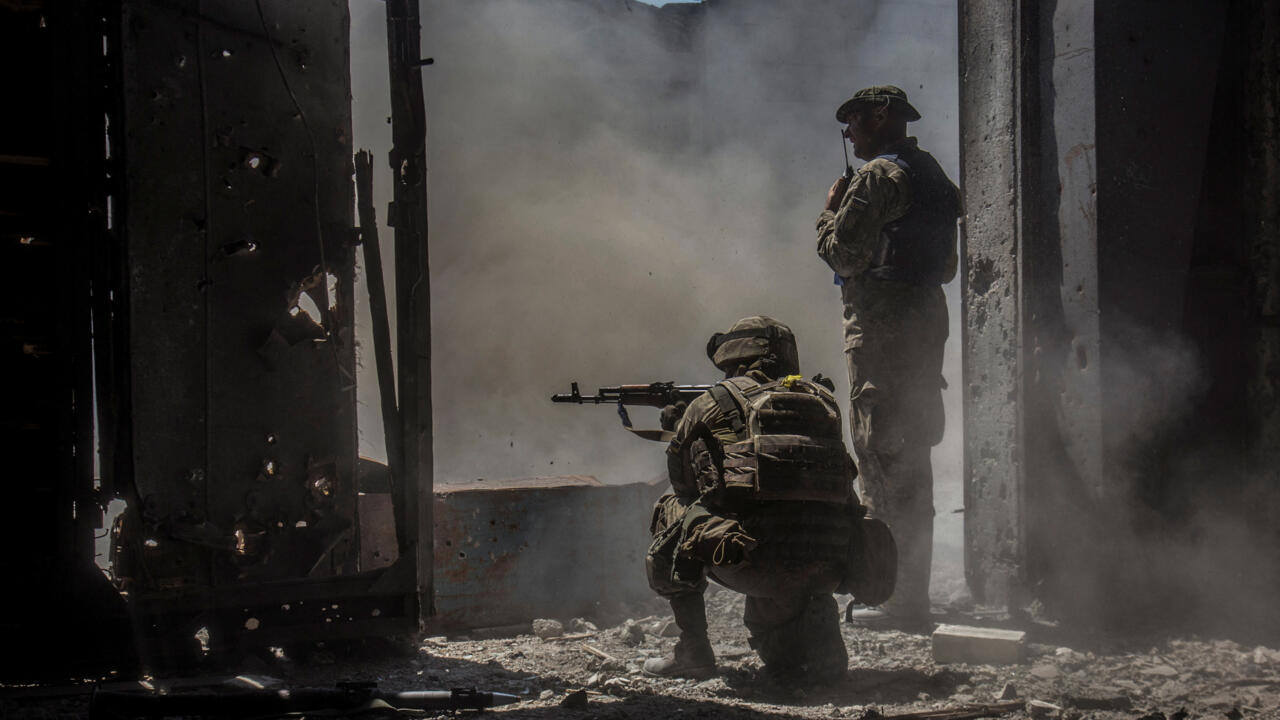 Ukraine: in the ongoing battle for Donbass, kyiv wants "fire parity" with the Russians

The Ukrainians ordered their forces to withdraw from the town of Sievierodonetsk, a strategic lock.

But the battle for the Donbass is not over yet.

" by the continuous bombardments, recognized Friday morning on Telegram Serhiy Haidai, the governor of Luhansk, where Sievierodonetsk is located.

All essential infrastructure has been destroyed.

90% of the city is damaged, 80% of the houses will have to be destroyed

These massive bombings eventually made the Ukrainian soldiers give in, but without necessarily fundamentally changing the situation on the ground, according to experts.

This is notably what a senior Pentagon official declared: “

The Russians are barely managing to gain territory inch by inch.

[...] I think it is important to think about the cost paid by Russia for this very small gain

Ukrainian forces were ordered to withdraw from Sievierodonetsk on June 24, 2022. © RFI

,” which were to have at this stage taken Kiev and completely dominated Ukraine.

Instead, what we are seeing are gains around

For his part, General Dominique Trinquand considers that this withdrawal is welcome, but comes a little late.

The Ukrainians made a strategic error by clinging to the defense of this city pounded by the Russians.

The governor of Sievierodonetsk had already announced a fortnight ago that they could no longer resist, that they had to withdraw.

And after an intervention from kyiv, he announced the next day that he was able to retake Sievierodonetsk in 48 hours.

Which was obviously wrong.

The battle for Lysychansk begins

According to a point of the Ukrainian General Staff, the Russian forces shelled during the night, the villages near Sievierodonetsk and try to cut off Lyssytchansk.

A key village allowing the Russians to cut off communications to Lyssytchansk was taken on Friday by pro-Russian forces.

Towards Bakhmut, Ukrainian forces repelled Russian attacks near the communities of Volodymyrivka and Pokrovske, forcing the latter to retreat.

The Battle of Sievierodonetsk is over.

The Battle of Lysytchansk is about to begin.

The same Russian weaknesses will continue to be noticeable, but they have sufficient artillery mass and infantry concentration in this area.

For him, if the battle of Lyssytchansk is likely to resemble that of its twin city Sievierodonetsk, the difference could be made during the battles for the cities of Kramatorsk and Sloviansk which are very fortified areas.

For now, the Russian army does not have enough troops to surround these key cities in the Battle of Donbass after wearing down its troops in Sievierodonetsk.

►Also read: Report - The inhabitants of Donbass exhausted but resilient

A need for artillery

To cope with the continuous fire of the Russian army, the Ukrainians have been calling for more artillery from their Western allies for weeks.

I stressed the need to achieve fire parity with the enemy, which will allow us to stabilize the situation in the most threatened region of Luhansk

," said Commander-in-Chief of the Armed Forces of Ukraine Valeriy Zaluzhnyi , reporting on his Facebook page on a telephone conversation with his American counterpart, General Mark Milley.

Ukrainian forces are facing a shortage of shells for their Soviet artillery, the

A first delivery of a dozen French Caesar guns have already arrived in Ukraine, while Emmanuel Macron has promised six others on a visit to kyiv.

On Friday, the first images of the use of American Himars rocket launchers were released.

The latter are of greater range than those of the Russian army and could make the difference on the ground.

The summer will be hot for the Russian occupiers.

And the last for some of them

,” threatened Ukrainian Defense Minister Oleksiï Reznikov, without specifying how many Himars had been delivered by the Americans.

The first images of the use of an American Himar rocket launcher, June 24, 2022. © Pavlo Narozhnyy via REUTERS