Hong Kong, which has returned to the motherland 25 years ago, is in a critical period of governance and prosperity. To thrive, we need to make breakthroughs in solving the difficulties of people's livelihood and deep-seated contradictions. Since the 18th National Congress of the Communist Party of China, General Secretary Xi Jinping has repeatedly mentioned people's livelihood in Hong Kong on di 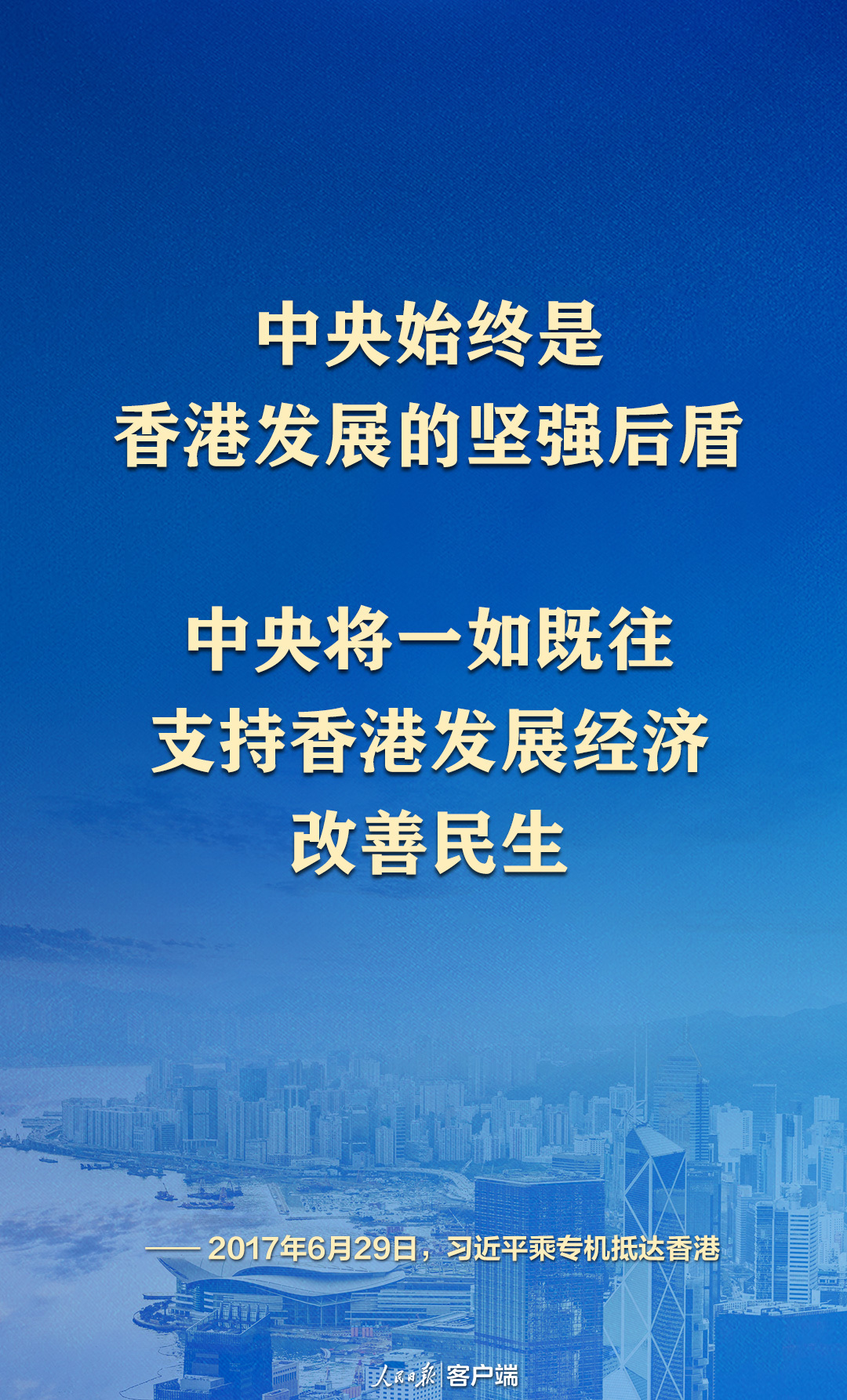 Hong Kong, which has returned to the motherland 25 years ago, is in a critical period of governance and prosperity. To thrive, we need to make breakthroughs in solving the difficulties of people's livelihood and deep-seated contradictions.

Since the 18th National Congress of the Communist Party of China, General Secretary Xi Jinping has repeatedly mentioned people's livelihood in Hong Kong on different occasions, and has repeatedly reiterated the central government's firm confidence in Hong Kong's development prospects.

"We all care about the lives of Hong Kong residents"

In July 2008, Xi Jinping, then the vice-president of the state, visited Hong Kong and made time to go deep into ordinary communities.

"We are very concerned about the lives of Hong Kong residents, so I came to your house to see." At Yu Dusheng's house, Xi Jinping carefully asked about wages and benefits, community security and other issues.

When he heard that Hong Kong residents felt strongly about rising prices, Xi Jinping said that there are many reasons for the rise in prices. The solution is that the government should control prices, and the second is to develop the economy and increase income. For low-income groups, More support and help.

Focusing on development and improving people's livelihood is the only magic weapon for Hong Kong to achieve breakthroughs.

During this trip to Hong Kong, Xi Jinping proposed: "In the future, as long as it is beneficial to Hong Kong's economic development and improvement of people's livelihood, the central government will continue to actively support it."

Xi Jinping has a profound and broad insight into Hong Kong's yesterday, today and tomorrow.

During his work in Fujian, Zhejiang and Shanghai, he personally planned and promoted a large number of cooperation projects between the mainland and Hong Kong; after working in the central government, he was in charge of Hong Kong and Macao to further understand the social conditions and public opinion of Hong Kong.

During the National People's Congress in 2011, when the then Vice-President Xi Jinping participated in the deliberation of the Hong Kong delegation, he pointed out that he hoped that the deputies of the National People's Congress in Hong Kong would give more constructive opinions, in order to promote the economic development of Hong Kong, the improvement of people's livelihood and social harmony, in order to consolidate and expand the love of the country and the country. Extensive solidarity under the banner of Hong Kong plays a positive role.

During the National People's Congress the following year, he once again emphasized "to jointly maintain and develop the good situation of social harmony and stability in Hong Kong".

Since the 18th National Congress of the Communist Party of China, President Xi Jinping has pointed out the development direction for Hong Kong, which is at a historical juncture, and has continued to pay attention to the difficulties and priorities of improving people's livelihood in Hong Kong.

Hong Kong's anti-epidemic and people's safety affect the central government's heart. President Xi Jinping has made important instructions on many occasions: "Suppressing and punishing violent activities in accordance with the law is to safeguard the well-being of the general public in Hong Kong, and we must be firm." "The central government has and will continue to Take all necessary measures to fully support the Hong Kong Special Administrative Region in its fight against the epidemic", "Resolutely implement the Hong Kong National Security Law, stop violence and chaos in accordance with the law, and put things right, and safeguard the authority and dignity of the rule of law"...

With the strong support of the central government, the improvement of people's livelihood in Hong Kong has continued to increase.

In the policy addresses released in recent years, poverty alleviation, elderly care, assistance to the weak, and education funding have always been the priorities of the policy. Taking the 2021 policy address as an example, the SAR government's recurrent expenditure on medical care and social welfare has increased by 53% in the four years. % and 62%.

Regarding the improvement of people's livelihood in Hong Kong, President Xi Jinping has made an overall consideration at the national level.

In the same year, the report of the 19th National Congress of the Communist Party of China proposed to support Hong Kong's "integration into the overall development of the country".

"How is the water quality of the Dongjiang River?" In 2014, General Secretary Xi Jinping asked with concern as soon as he came to the Guangdong delegation.

The Dongshen water supply project is a large-scale cross-basin water transfer project built by the Party Central Committee and the State Council. As the utilization rate of this only external water source in Hong Kong has reached the peak of the international warning line, the Pearl River Delta water resources allocation project has been launched.

"I hope the government of the Hong Kong Special Administrative Region and all sectors of society can build consensus, make full use of the central government's support policies, and join hands with the mainland to create brilliant future" "Hong Kong's destiny has always been closely linked to the motherland" "Hong Kong's prosperity and stability are the key to Hong Kong compatriots." The wish of the motherland is also the expectation of the people of the motherland"... President Xi Jinping's earnest expectation is firm and powerful.

Riding the mighty east wind of the new era, Hong Kong citizens will surely live a happier life, and Hong Kong's future will surely be better.