After a duel between teenagers, Canadian Summer McIntosh, 15, beat American Katie Grimes, 16, to become world champion in the 400m medley on Saturday in Budapest. 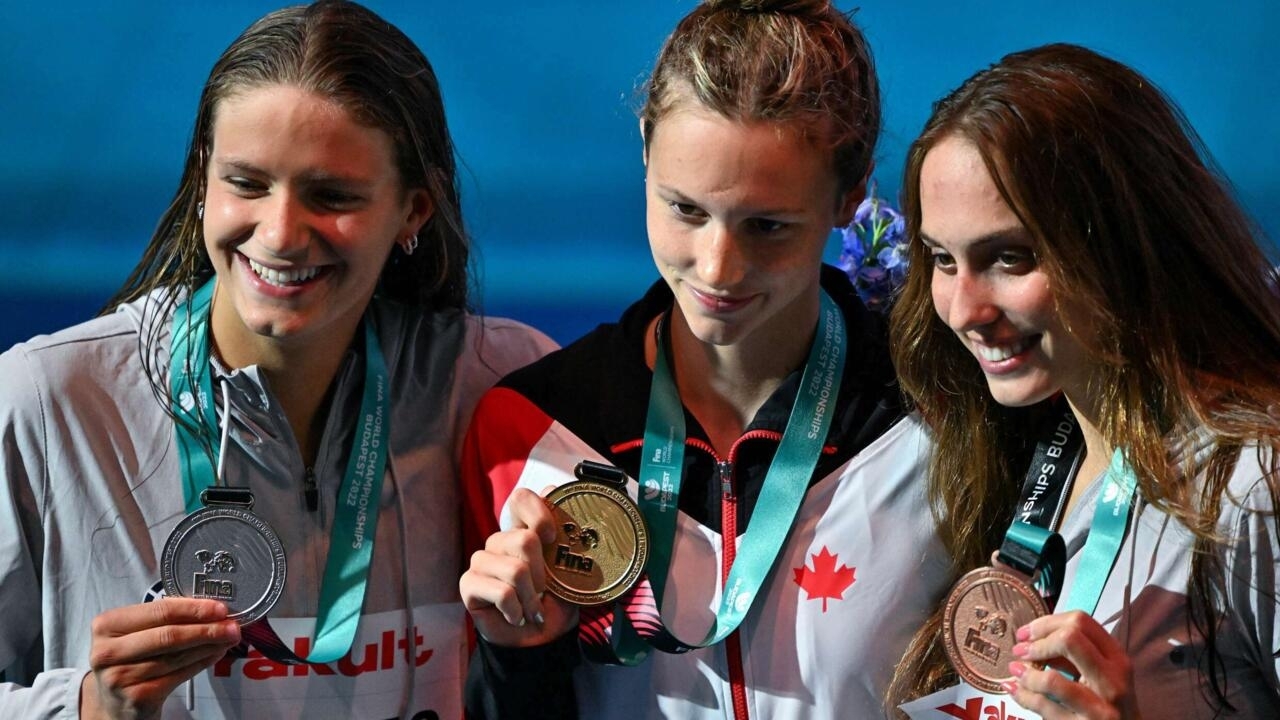 On the last day of competition, no new medals were added on the French side.

The Blues therefore end the Worlds with eight medals, including two titles, those of Léon Marchand in the 200 and 400 m medley.

"Katie Grimes is a top competitor, I really like swimming against her as we are in the same age class," reacted the Canadian, who will be 16 in August.

"I set my own goals, and usually they're not ranking goals, but more about how I want to run my race, and I think I've met them," added the shy Canadian.

In addition to McIntosh and Grimes, several teenagers have revealed themselves this week in Budapest.

The Romanian David Popovici, author of the 100-200m freestyle double at just 17, was the headliner of this new generation, alongside the Italian Benedetta Pilato, 17 like him and crowned in the 100m breaststroke , or Australian Mollie O'Callaghan, the new queen of the 100m freestyle.

Romanian David Popovici in the 100m freestyle final at the Duna Arena in Budapest on June 22, 2022 during the François-Xavier MARIT AFP World Swimming Championships

Sarah Sjöström was only 15 when she won her first world title in 2010. Twelve years later, she also closes these Worlds with two gold medals.

The Swede was crowned world champion in the 50m freestyle on Saturday the day after her victory in the 50m butterfly final.

She now has twenty world medals, two units from the record of the American Katie Ledecky.

"It may be my mentality and also a lot of hard work, but mostly I love what I do," she said of her longevity.

In Budapest, she also won silver in the 100m freestyle.

Ahead of the world record times at the last corner, he cracked in the last meters to finally achieve the second best world performance of all time over the distance (14 min 32 sec 80).

Only the controversial Chinese Sun Yang did better (14 min 31 sec 50).

"It was amazing, I did a disappointing 800m the other day so I wanted to prove to myself that I was still capable of doing something good," explained the Italian.

"I knew they were coming back, but I had a pretty big lead. That was my strategy actually, to go fast and try to get a big lead," he continued.

At the end of the evening, while the podium ceremony for the men's 50m backstroke had already taken place, a new podium was organized to present the gold medal to the American Justin Ress, who had initially been disqualified.

The men's 4x100m medley relay, notably with Léon Marchand and Maxime Grousset in its ranks, took fifth place in the final.

"We had a great final, we were at the water line five, we did what we had to. Now, we're going to have to improve on our own in the 100m and we'll see for ourselves. next," said Marchand.

The women's 4x100m medley relay, with Marie Wattel and Charlotte Bonnet, took eighth place in the final, while Damien Joly finished eighth and last in the 1500m.