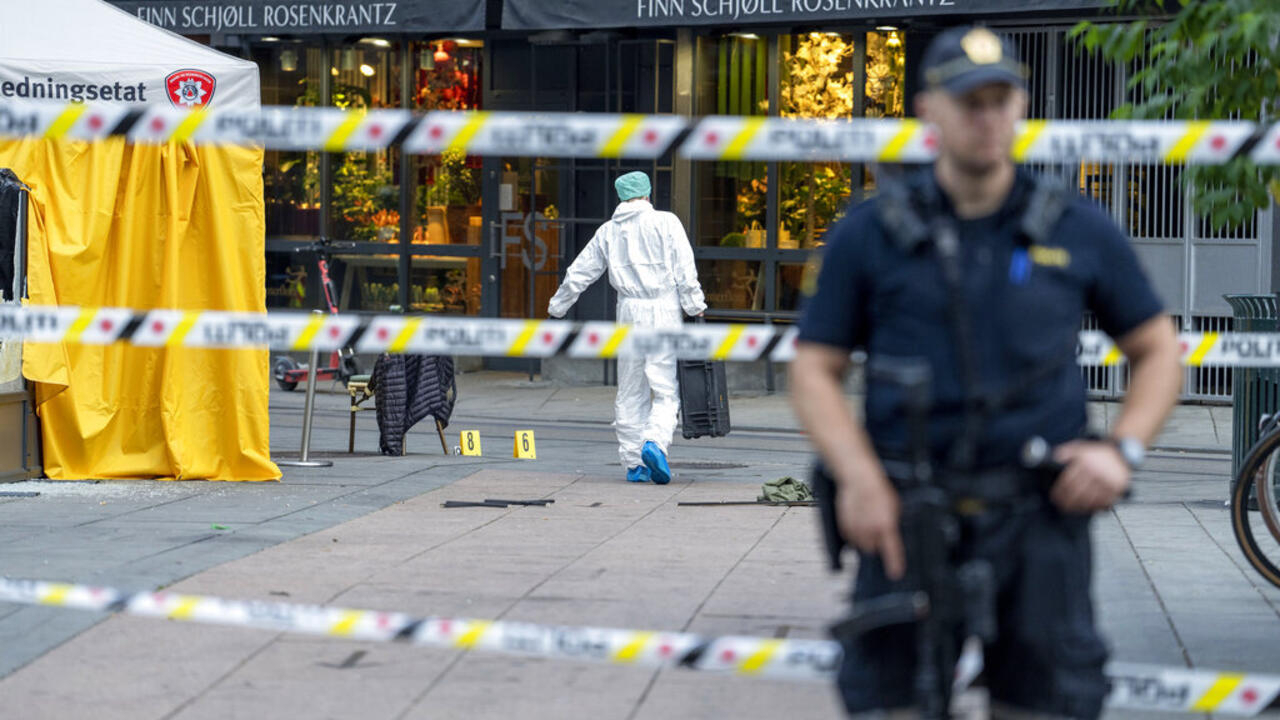 Police at the scene of the shooting that took place in Oslo on June 25, 2022. AP - Javad Parsa

Norwegian police on Saturday opened an investigation into a "

" after fatal shootings near bars in central Oslo overnight, canceling the LGBT pride march scheduled for the day.

The alleged perpetrator of the shooting which left two dead and 21 injured, including ten seriously, is a 42-year-old Norwegian of Iranian origin known to the internal intelligence services, also in charge of anti-terrorism, according to the Oslo police. .

He is suspected of homicide, attempted homicide and terrorist act

," said a police official, Christian Hatlo, during a press conference.

He intended to sow terror

This last count is motivated by "

According to the police, the vital prognosis of the injured is not or no longer engaged.

The shooting occurred at around 1 a.m. (11 p.m. UT, Friday) outside a pub, Per på hjørnet, where the two deaths were reported, according to local media.

She then continued past an adjoining gay club, the London Pub, right in the center of the Norwegian capital, so packed on that hot summer night.

There are reasons to believe that this is a hate crime

,” added Mr. Hatlo, referring to the nature of the places targeted, “

in particular the London Pub

Civilians assisted in the capture of the suspect as well as in first aid, according to the police who hailed "

Two weapons were seized at the scene of the attack: an automatic weapon and a handgun that Mr. Hatlo presented as “

Cancellation of the LGBT Pride Parade

The LGBT pride march which was to take place on Saturday afternoon in Oslo has been cancelled.

As a sign of solidarity, rainbow flags were placed near the scene of the attack.

The police force has been reinforced in the capital to deal with possible other incidents.

but we cannot say anything with certainty so early

”, in the investigation, said Inspector Tore Soldal. , during the press conference.

Generally peaceful, Norway was the scene of bloody attacks on July 22, 2011. That day, right-wing extremist

in a bomb attack on the government headquarters in Oslo and a shooting against a gathering of young workers on the island of Utøya.