The Washington Post published a report on the return of Western tourists to Syria, in which it wrote that the return of tourism comes amid criticism after years of conflict in which Syria has changed a lot. 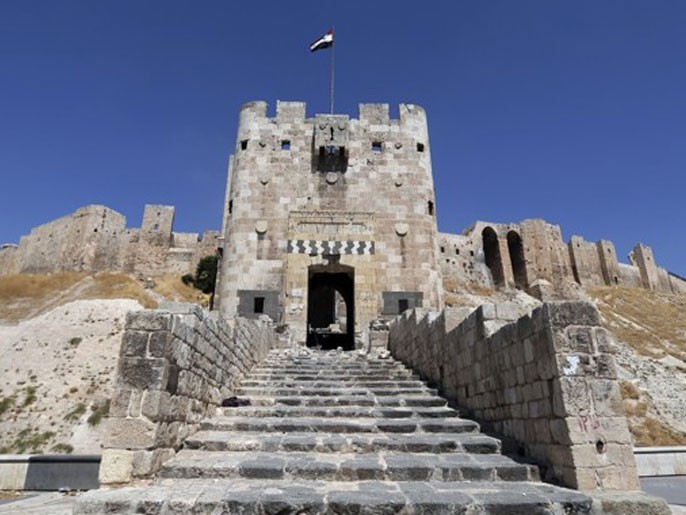 The Washington Post published a report on the return of Western tourists to Syria, in which the newspaper's Middle East correspondent Sarah Daadoush wrote that the return of tourism comes amid criticism after years of conflict in which Syria has changed a lot.

This summer, locals and tour operators have reported an increase in visitors from Western countries.

The authorities resumed issuing visas last October to allow "curious" foreigners to see a country whose conflict has dominated television and flooded Europe with refugees.

With the echoes of the war now fading in the country - although many of the front lines of the confrontation remain active - and travelers return, critics are asking visitors to consider their trips supporting a government notorious for its repression and brutality.

She said criticism of such trips abroad escalated, particularly in 2019 after a brief recovery in Western tourism and the subsequent influx of videos and blogs by tourism influencers.

Anger erupted among Syrians living abroad, many of whom have been displaced by the war and cannot return home.

What the Washington-based non-profit Syrian Center for Justice and Accountability said last summer that at a time when tourism can help the local population in Syria, “mass promotion without scrutiny or understanding is irresponsible behavior at best, and may be fatal” to those still living under “a government that engages in systematic human rights abuses.”

The resumption of Western tourism in Syria represents a lifeline for hotels, restaurants and small businesses, especially those in and around the old cities of Damascus and Aleppo.

Residents in Damascus and other cities report seeing much larger numbers of tourists, different from Iranian pilgrims, Russian mercenaries and the usual Chinese visitors.

The reporter alluded to what all of the tour leaders I interviewed said they were not accompanied by government monitors normally tasked with overseeing and restricting the movement of foreign visitors.

With the exception of one, which is the presence of an unarmed member of the Syrian army accompanying each group in the ancient desert city of Palmyra, and this person is usually a lieutenant who directly participated in the battles to liberate the city from the Islamic State, which occupied the area twice in 2015 and 2017 and destroyed some of its historical monuments. .

Nevertheless, the reporter sees the resumption of Western tourism in Syria as a lifeline for hotels, restaurants and small businesses, especially those in and around the old cities of Damascus and Aleppo, which for generations have been catering to adventurous foreigners.

But they are not the only beneficiaries, as it is natural that groups and individuals close to the government also benefit.