Top 14: the victory of Saint-André the builder

"And that's not beautiful rugby?" Montpellier rugby director Philippe Saint-André can savor: fallen out of favor in 2015, the former coach of the Blues dropped out in front of Castres (29-10),… 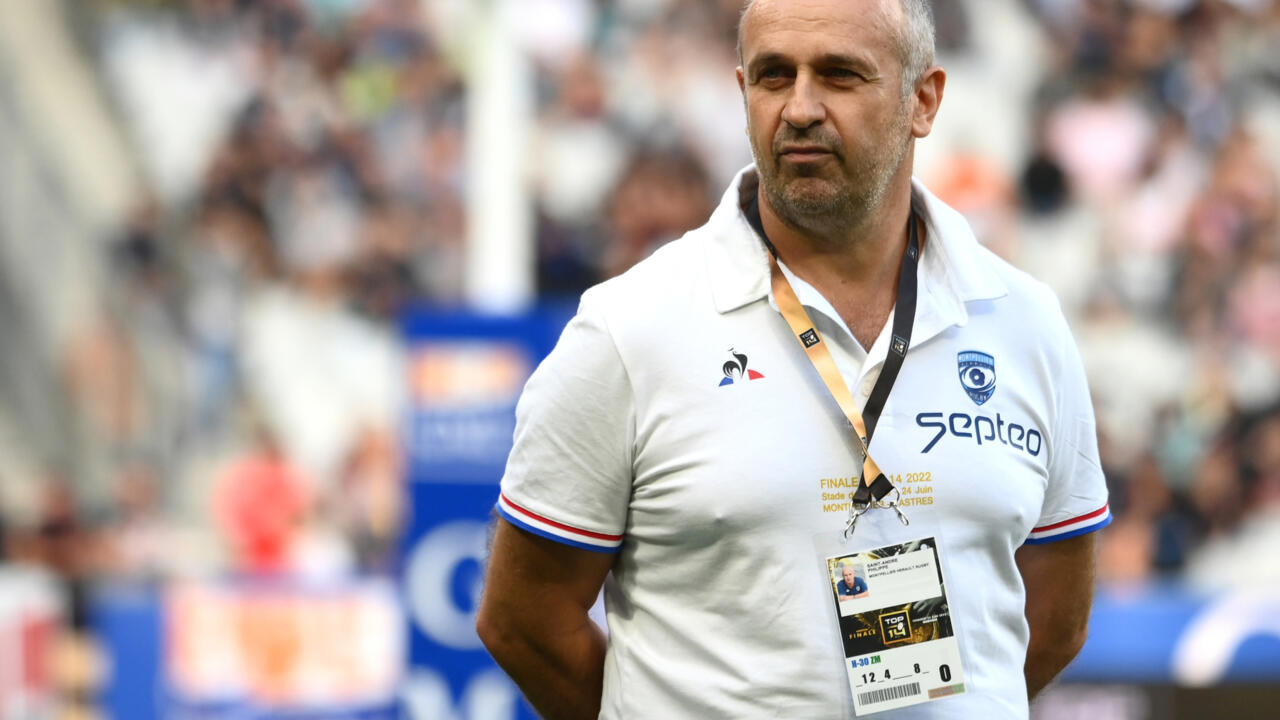 Not revengeful but attentive to the criticisms leveled at the restrictive game of the team which he took over in February 2021, the former coach of the XV of France is for a lot in the recovery of the MHR which was then fighting for its maintenance in the 'elite.

In a year and a half, PSA will have completely transformed a club whose Mohed Altrad, its president since 2011, magnate of the construction industry, has never been able to perfect the finishes.

Failed when he led the Blues, branded by a defeat in the quarter-finals of the World Cup against the All Blacks in 2015 (62-13), Saint-André swore that he "would no longer put on tracksuit".

Without returning to the field, he nevertheless knew how to surround himself with a staff with which he changed the mindset of Montpellier.

"It's his great strength," said Yannick Bru in the columns of Midi Olympique, his deputy in the France team.

"He knows the men well, has been able to rebuild the foundations, a state of mind and choose a good staff."

Around PSA, Olivier Azam, forwards coach, known when the former captain of the France team began his coaching career in Gloucester in England, Jean-Baptiste Elissalde, a recognized technician who made his mark at the Toulouse stadium and in charge of the hermetic defense of Montpellier, Alexandre Ruiz, above all, a former professional referee, recruited, for a first in France, as a specific trainer in the discipline.

Philippe Saint-André in the arms of its president Mohed Altrad after the final won against Castres, June 24, 2022 at the Stade de France FRANCK FIFE AFP

Saint-André has also cleaned up the MHR workforce.

Exit high-sounding names with exorbitant salaries, finished the South African colony that came too often on holiday in the Hérault.

To the Du Plessis brothers, Bismarck and Jannie, to Jacques Du Plessis, Johan Goosen or Henry Immelman, who arrived in the suitcases of the former coach, their compatriot Jack White, the "Goret" preferred revengeful and unknown players.

The third line center English Zach Mercer, the flanker arrived from Pro D2, Arnaud Bécognée who pushed Fulgence Ouedraogo, icon of the club, in the stands for his end of career, the second line of Toulouse with the dented course Bastien Chalureau, the number 10 Italian Paolo Garbisi, who took the place of the reigning world champion, Handré Pollard.

So many players who have restored humility within the MHR.

It is perhaps there that we must look for the real reason for the first title of champion of France for Montpellier.

Played by Mohed Altrad, whom the rugby seraglio loved to hate, Montpellier had been the beast to beat for ten years and two lost finals (2011 and 2018).

Since the arrival on tiptoe of PSA, the MHR has redeemed a conduct.

Better, the Héraultais held until the end a common thread made of a simple game - impermeable defense, effective occupation of the ground and foolproof discipline, to reach its Holy Grail.

And in this modest final, the MHR played a "beautiful game" for at least twenty minutes.

That he owes a lot to Saint-André.