Electric car companies have plummeted in value on the stock exchange, interest in Spac companies is cool and the market for listings has riveted. This is what the situation looks like when the Gothenburg company Polestar is now listed on the New York Stock Exchange. - The difficult circumstances that prevail when we choose to list on the stock exchange can be said to support the idea that we are a different kind of startup company, says Polestar's CEO Thomas Ingenlath. 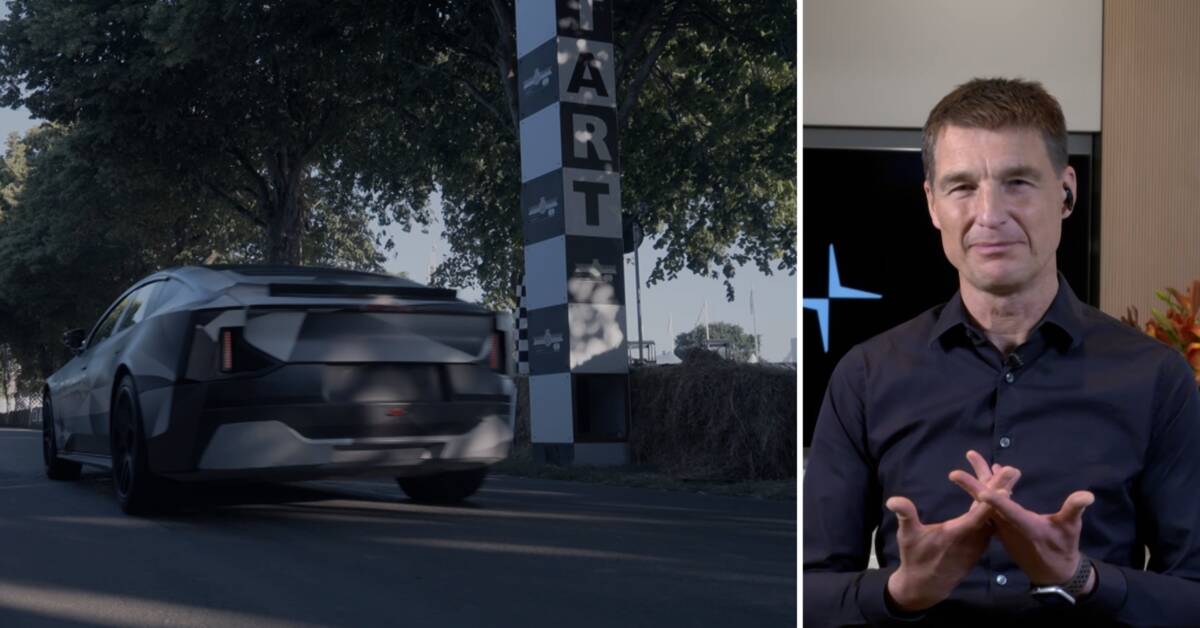 The listing took place on Midsummer's Eve on Nasdaq in New York through the so-called Spac company Gores Guggenheim, and in connection with the listing, Polestar expects to receive $ 890 million.

- It is a great relief to have crossed that border.

With that said, you know immediately that this is just the beginning of the next race, says Polestars CEO Thomas Ingenlath to SVT News.

The decision to go to the stock market right now stands out in several ways.

- The stock market climate is totally different today and has changed very quickly.

Today, it is very tough for companies that want to raise capital, regardless of whether it is via the stock exchange or in the private market, says board professional Ann Grevelius, who previously was head of investment strategy at SEB's asset management and fund manager at Handelsbanken.

At closing on Midsummer's Eve, the Polestar share cost $ 13, almost 16 percent above the spac company's price on Thursday.

The market has riveted

A Spac company can be described as a kind of shell company that takes in capital from investors and then is listed on the stock exchange.

After the listing, the company fills the shell with various holdings through acquisitions.

But interest in Spac companies has cooled, according to Ann Grevelius.

And the market for quotations is cross-referenced.

- For many of the Spac companies, it has taken quite a long time to put the money into work, she says.

That, despite this, goes further shows why Polestar is a different electric car company, according to Thomas Ingenlath:

- We are already working on a company and a business model that is resilient and capable of surviving such a crisis.

Ownership in the future big question

In September, when Polestar and Gores Guggenheim announced their plans for a merger, the value of Polestar was reported at $ 20 billion, according to Bloomberg.

At the same time, the values ​​of competitors have fallen sharply.

The company was founded by Volvo and Geely in 2017 and they are still majority owners.

What happens in ownership in the future will be the big question, according to Bo Becker, professor of financial economics at the Stockholm School of Economics.

- If I were to invest in Polestar right now on the stock exchange, I would like to know what the big owners intend in the future.

If they want to sell the share in the future, they may be a little worried about the price pressure it can mean that a larger one sells