East-West Questions chinadialogue丨Why should the US take the first step towards strategic de-escalation towards China?

It has been nearly a year and a half since the Biden administration took office, but China-US relations have not yet "bottomed out." In his recent speech on China policy, US Secretary of State Blinken even threw out the argument of "investment, coordination and competition". Who is seriously undermining the international order? How should the U.S. policy toward China take a new path?   Earlier 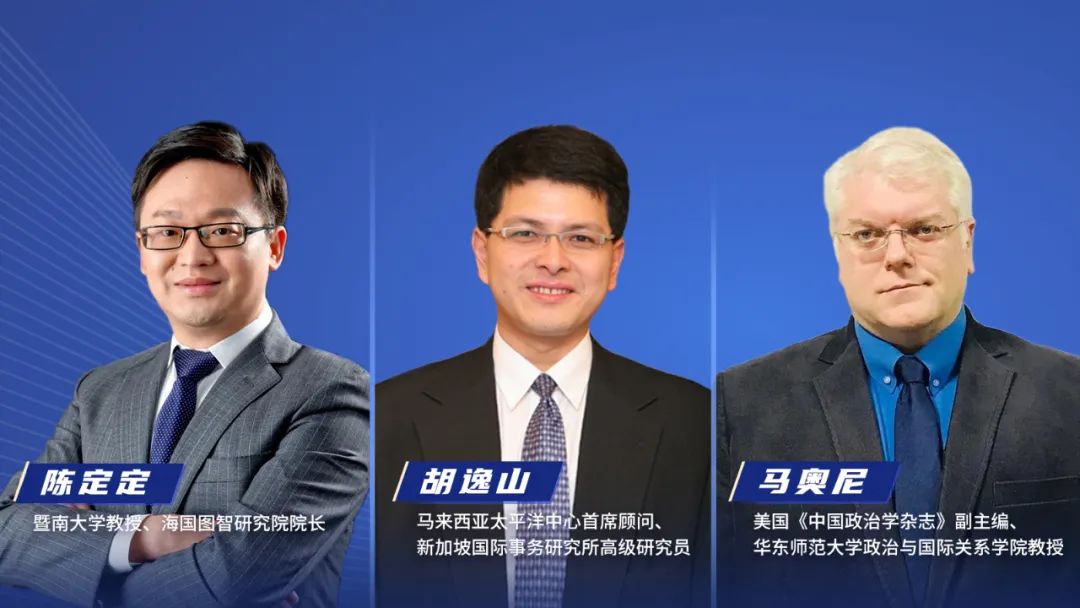 It has been nearly a year and a half since the Biden administration took office, but China-US relations have not yet "bottomed out."

In his recent speech on China policy, US Secretary of State Blinken even threw out the argument of "investment, coordination and competition". Who is seriously undermining the international order?

How should the U.S. policy toward China take a new path?

Earlier this month, news broke from the White House that the United States was considering adjusting some of the "irresponsible" tariffs imposed on Chinese products.

Neil Ferguson, a senior fellow at the Hoover Institution at Stanford University and historian, recently wrote in an article that U.S.-China relations have reached a "moment to restart the strategic de-escalation of the 1970s".

Why is it that the United States should take the lead in taking the first step in the strategic de-escalation towards China?

In response to Blinken's claim that China "poses the most severe long-term challenge to the international order", Hu Yishan pointed out that the United States is in a dilemma internationally. character of.

He pointed out that in this case, the United States' claim to "maintain the existing international order" is unconvincing.

Mahoney believes that, compared with the continuity and stability of China's policy, US foreign policy will become more and more unstable over time.

He believes that this trend was already evident during the Trump administration and continues to this day.

He pointed out that the rift between Europe and the United States has not disappeared because of the Ukraine crisis.

In addition, the United States is unprepared for the chaos that the latest strain of the new crown epidemic may cause, and it is becoming increasingly unstable as a country.

Chen Dingding: US Secretary of State Blinken recently stated in his China policy speech that "China poses the most serious long-term challenge to the international order."

However, international people generally believe that China has actively maintained the multilateral system represented by the United Nations and the WTO, and has made more and more contributions to global governance issues.

On the other hand, the United States' continuous "withdrawal" and unilateral sanctions, which put domestic law above international law, may have truly undermined the international order. What do you think?

Now the United States may be in a dilemma internationally.

On the one hand, it is undeniable that the overall international order after World War II was mainly formulated and led by the United States.

At the same time, China is becoming more and more active in participating in these organizations and international orders that were led by the United States. Of course, the United States feels very uncomfortable.

When China played an active role, the United States, as an original member, was in a state of "semi-retirement" and engaged in seclusionism, which ran counter to the overall trend of the WTO.

So under such circumstances, (the United States) may be less persuasive to "maintain the existing international order".

Previously, even before Trump took office, the United States would only selectively engage and honor its commitments to multilateral organizations that it claims are "too corrupt" or "inefficient."

So when the US talks about reinvigorating the rules-based order, I don't quite know what they're talking about.

But I don't think he's interested in pushing these groups to reform in a direction that's fairer to China.

In addition, he is taking unilateral actions to create cliques.

In the future, I think we will see more examples of this.

Chen Dingding: Can the newly established "China Group" of the US State Department be able to effectively deal with the so-called "competition and challenges" from China?

In a way, these groups are also just pretending, to create an impression of hard work.

Remember, they have formed many different teams dealing with China.

But what I think is most interesting is that it is said to be interacting with similar units in the CIA and the Department of Defense.

I think it's interesting because historically these three organizations have very different institutional cultures.

They had very different stances on China, at least before the Trump administration.

I think, to some extent, this kind of competition on positions helps to balance the formulation of China policy.

But my concern now is that the entire U.S. government is being influenced by this groupthink on China, and they may actually be competing with each other to see who is the most radical.

Chen Dingding: How do you view the recent series of actions by the United States on the issue of "supporting Taiwan"?

I don't think Washington really cares about Xinjiang, Tibet, Hong Kong or Taiwan, they only care about maintaining the hegemony of the dollar.

What they care about is how to somehow keep the economic system going after so many years of mismanagement.

In fact, politically, many domestic problems in the United States have been difficult to solve.

So they have a very strong will to maintain some level of the status quo.

Honestly, I think they are willing to sacrifice anyone necessary to maintain this key goal.

Chen Dingding: Historian Neil Ferguson believes that the US-China relationship has reached a point where the strategic de-escalation of the 1970s has come about.

How do you view this appeal?

The United States is now facing great challenges in the social economy, with a high inflation rate, and the economic development may not be as ideal as before.

So of course one of the solutions is to gradually reduce the high tariffs imposed on China and other countries during the Trump administration, so that free trade can be more smooth, then (in this way) the biggest beneficiary is the United States.

If there is to be a strategic relaxation and resolution of differences, the best way is indeed to start with lowering tariffs.

From the experience of our Southeast Asian countries over the years, after trade increases, the possibility of conflict between the two countries will be greatly reduced.

So I think if there is going to be a strategic détente, the U.S. has to take that first step and slowly lower those tariffs that shouldn't have been imposed in the first place—preferably repealed.

Chen Dingding: After the 20th National Congress, what kind of development will China usher in?

How will China's global influence develop?

China has continuity and stability and does not pursue the same foreign policy as the United States.

I think that the United States will become more and more unstable over time.

This trend was already evident during the Trump administration and continues to this day.

But the rift that existed in Europe (with the US) did not disappear because of the Ukraine crisis.

The position of the United States and its closest allies overall is seriously eroding.

I don't think the world really senses the threat of the Omicron BA4 and BA5 mutant strains, and the immune evasion capabilities of these two strains.

The United States itself is not fully prepared for this.

In fact, I'm talking to friends in the US who have been infected 3 times with Covid-19.

In my hometown, a friend who worked for a Japanese company (locally in the US) told me that 25% of their employees lost their jobs due to COVID-19.

Everyone expects China to continue to play a leading role in revitalizing the global economy.

We also discussed just now that the United States seems to be overwhelmed in economics, trade, and commerce.

It's great that it can keep its economy going.

However, all parts of the world, especially our developing countries, may still need foreign investment.

Under such circumstances, we have seen China emphasize again recently that the "Belt and Road" and other initiatives will continue to go forward, so we hope that after the 20th National Congress of the Communist Party of China, China's original large-scale initiatives can be strengthened.

We would also welcome new initiatives that could revive the global economy.