The largest bacteria in the world discovered in Guadeloupe

It can be caught with tweezers: the largest bacterium in the world, 5,000 times larger than its peers and with a much more complex structure, was discovered in Guadeloupe, according to a… 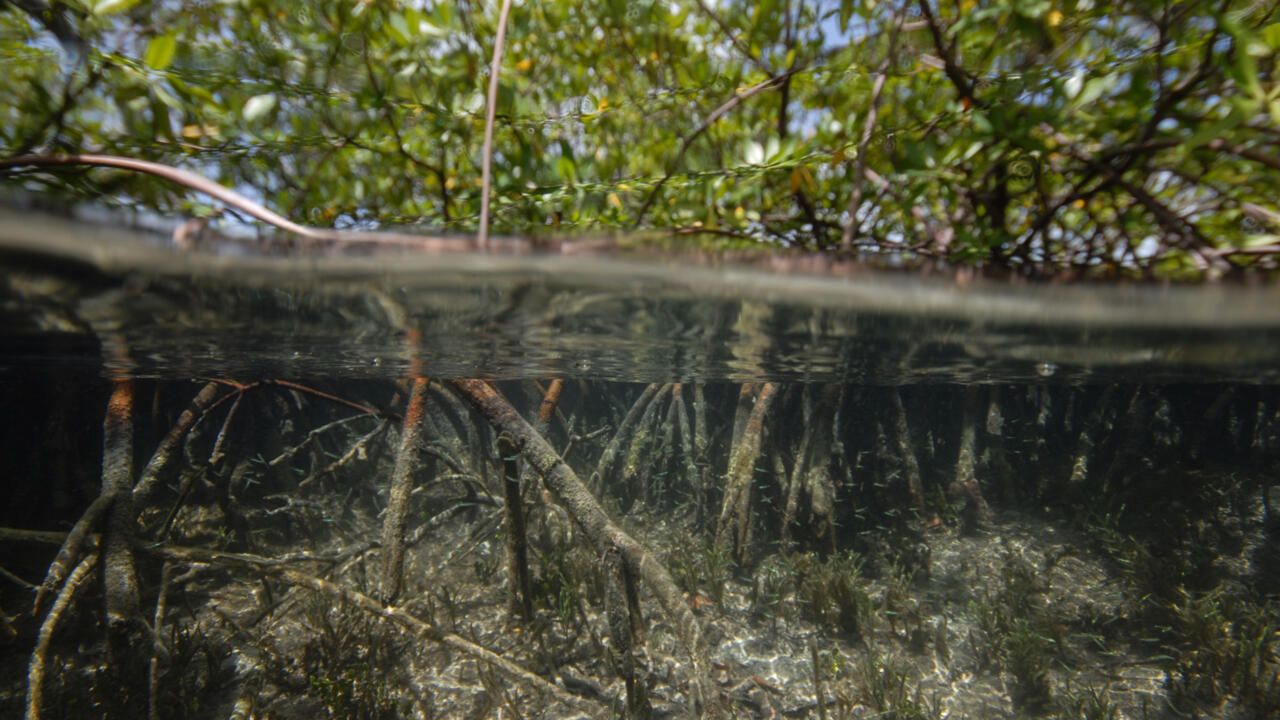 "Thiomargarita magnifica" measures up to two centimeters, looks like an "eyelash" and shakes up the codes of microbiology, described to AFP Olivier Gros, professor of biology at the University of the West Indies, co-author of the study .

In his laboratory on the Fouillol campus, in Pointe-à-Pitre, the researcher proudly shows a test tube containing small white filaments.

When the average size of a bacterium is two to five micrometers, it “can be seen with the naked eye, I can take it with tweezers!”, he marvels.

It was in the Guadeloupe mangrove that the researcher observed the microbe for the first time, in 2009. "At first I thought it was anything but a bacterium because something two centimeters cannot be one" .

Quite quickly, techniques of cellular description with electronic microscopy show that it is nevertheless indeed a bacterial organism.

But with this size, says Professor Gros, "we had no assurance that it was a single cell" - a bacterium being a unicellular microorganism.

A biologist from the same laboratory reveals that it belongs to the Thiomargarita family, an already known bacterial genus using sulphides to develop.

And work carried out in Paris by a CNRS researcher suggests that we are dealing with “one and the same cell”, explains Professor Gros.

Convinced of their discovery, the team attempts a first publication in a scientific journal, which fails.

"We were told: it's interesting but we lack the information to believe you", the proof not being robust enough in terms of image, recalls the biologist.

Enter Jean-Marie Volland, a young post-doctoral student from the University of the West Indies, who will become the first author of the study published in Science.

Having not obtained a teaching-researcher position in Guadeloupe, the 30-year-old flew to the United States, where the University of Berkeley recruited him.

Going there, he had in mind to study "the incredible bacteria" he was already familiar with.

“It would be like meeting a human as tall as Mount Everest,” he thought to himself.

In the fall of 2018, he received a first package sent by Professor Gros to the genome sequencing institute of the Lawrence Berkeley national laboratory, managed by the university.

The challenge was essentially technical: to succeed in rendering an image of the bacterium as a whole, thanks to "three-dimensional microscopy analyses, at higher magnification".

In the American laboratory, the researcher had advanced techniques.

Without forgetting significant financial support and "access to expert researchers in genome sequencing", recognizes the scientist, qualifying this American-Guadeloupian collaboration as a "success story".

Its 3D images finally make it possible to prove that the entire filament is indeed a single cell.

In addition to its "gigantism", the bacterium also turns out to be "more complex" than its peers: a "totally unexpected" discovery, which "shakes up a lot of knowledge in microbiology", testifies the researcher.

"While usually in bacteria, the DNA floats freely in the cell, in these it is compacted in small structures called pips, a kind of small bags surrounded by a membrane, which isolate the DNA from the rest of the cell", develops Jean-Marie Volland.

This compartmentalization of DNA - the carrier molecule of genetic information - is "a characteristic of human, animal, plant cells... not at all of bacteria".

Future research will have to say if these characteristics are specific to Thiomargarita magnifica or if they are found on other species of bacteria, according to Olivier Gros.

"This bacterial giant calls into question many established rules in microbiology" and "offers us the opportunity to observe and understand how complexity emerges in a living bacterium", enthuses Jean-Marie Volland.