The Garoé, the tree that relieved thirst

So the young woman took her lover by the hand and showed him the hiding place of the water. And there she revealed to him the secret of a unique tree, the Garoé, whose leaves dripped nonstop... 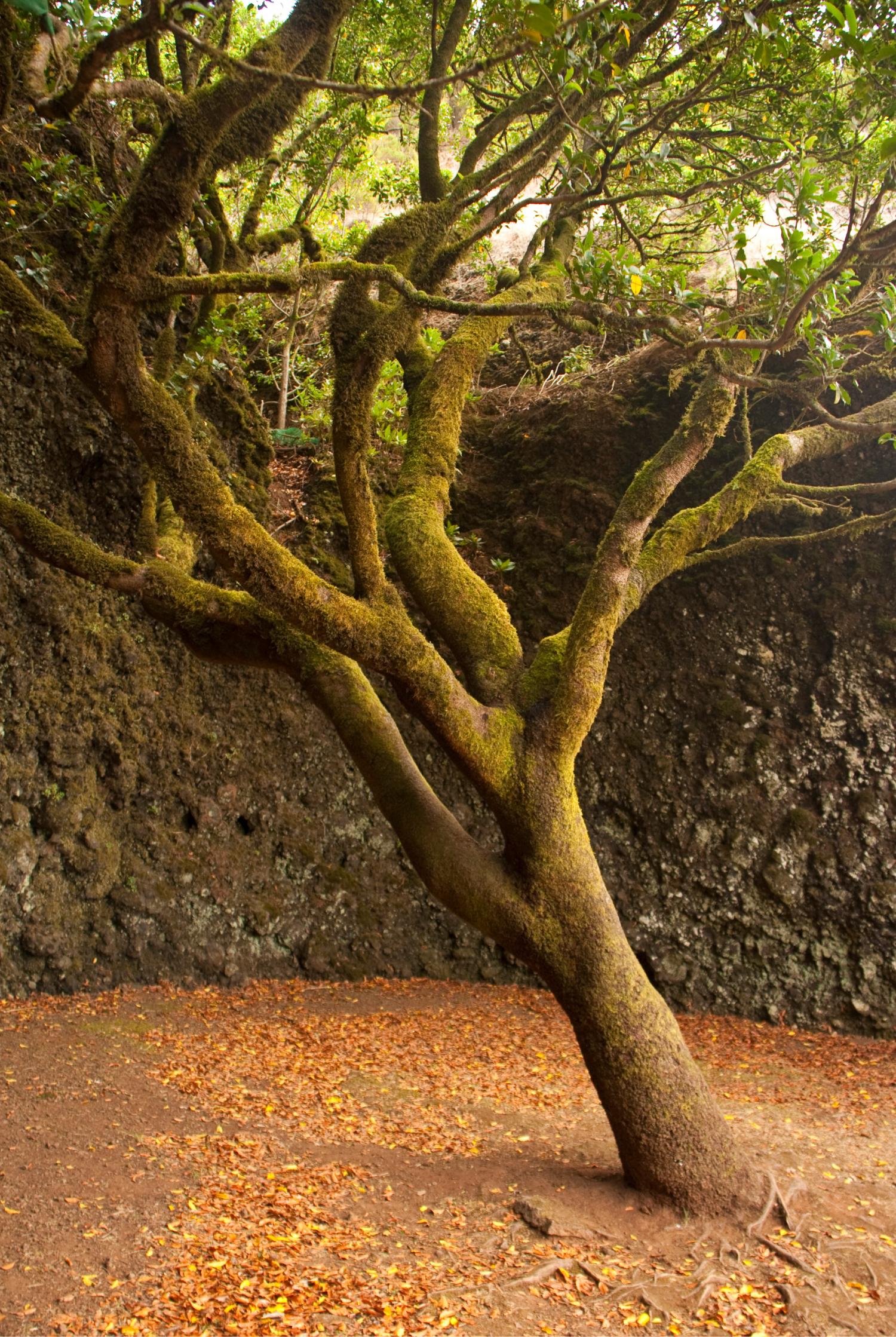 So the young woman took her lover by the hand and showed him the hiding place of the water.

And there she revealed the secret of a unique tree, the Garoé, whose leaves dripped nonstop.

She had just sealed the defeat of her people.

Legend has it that the young woman, Agarfa, led her lover through a

Also known as temperate jungle, it is an evergreen whim of leafy vegetation and fog that is found throughout almost the entire Canary archipelago.

And yet another example that confirms that Nature never wanted to pass by in this place of volcanic origin and subtropical climate.

national parks such as Teide in Tenerife or Timanfaya in Lanzarote

Because if something characterizes these islands full of fauna and flora, it is their landscape and geological wealth.

The Garoé or Holy Tree.

Without forgetting the dazed Agarfa, realizing that her unconsciousness did little to save her romance since the mencey -king in the Guanche language- Armiche sentenced her to the gallows for revealing the secret.

The invading army led by Juan de Bethencourt was able to fill their canteens and, reinvigorated again, subdued the bimbaches or aborigines of El Hierro.

All this took place in the fifteenth century, but fate was not better for the Garoé.

A few centuries later, in 1610, a hurricane brought it down.

Its memory persisted in the memory of the people of El Hierro and it was replanted in 1949. Today, it is the central symbol of the island's flag.

The Garoé was considered a holy tree, because it was a source of life on an island without springs and rivers.

The aborigines venerated it because its leaves rained water that emanated from pouches, holes in the trunk and small pools scattered around it.

Water that gave them to drink, but also the cattle and served to irrigate crops such as barley.

The aborigines were not wrong.

large til (or linden) located at an altitude of 1,000 meters

, one of the species typical of the

These humid forests with lush vegetation and always cloudy skies are reminiscent of tropical forests.

They arise in coastal areas or islands, on slopes with abrupt orography, between 400 and 1,300 meters above sea level.

They are small oases created by the clouds and the monteverde, with a thousand and one shades of this color.

Its trees usually have leafy tops and evergreen leaves.

The undergrowth is dense: the ground is covered with ferns and mosses.

A walk through its paths transports you to magical worlds.

The Canary archipelago, synonymous with nature.

explains the leafiness of these forests.

The low clouds soak the trees, hence the constant dripping of their leaves that forms streams and pools, always keeping the ground wet.

But just a few meters away, the ground can be dry and dusty.

Laurisilva forests are found in almost the entire Canary archipelago.

It occupies the central part of the island and is considered a UNESCO World Heritage Site.

, the visitor will find

has its particular temperate forest in

and, in Tenerife, they are found in the

Entering this magical environment of mist and vegetation is an unforgettable experience.

In El Hierro, there are marked trails that guide the traveler at any time of the year.

is a circular circuit of about 16 kilometers around the Garoé, which allows you to discover the

(typical forest formation of the archipelago), walk among ruins and pools or enjoy

the views of the viewpoint of La Boiler.

During the journey, we will find the Garoé of the 21st century.

This is how the locals have baptized the Gorona del Viento Hydro-wind Power Plant, which supplies El Hierro with 100% sustainable energy.

Wild nature and the Canary archipelago are almost synonymous.

These humid forests are just a sample, but its volcanoes, beaches, trails, seabeds and starry skies leave an indelible mark on its visitors.

A total of 146 protected spaces that includes

four National Parks, in addition to three Marine Reserves and seven Biosphere Reserves account for this

Do you still have doubts?

You just have to dare to clear them.

This text has been developed by UE Studio, creative firm of branded content and content marketing of Unidad Editorial, paraTURISMO DE ISLAS CANARIAS