Currently, there are no conditions for Western countries to participate directly in the war in Ukraine, unless Moscow directly attacks the Allied territories covered by Article 5 of the Washington Treaty, or if it uses chemical weapons. 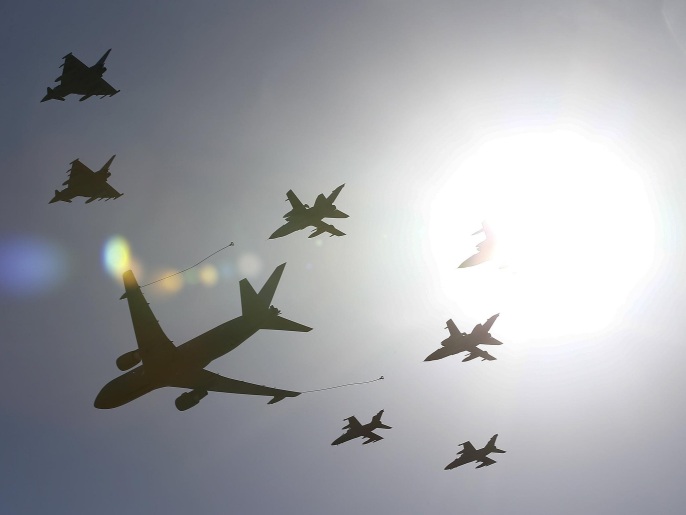 At the present time, there are no circumstances for Western countries to participate directly in the war in Ukraine, unless Moscow directly attacks the Allied territories covered by Article 5 of the Washington Treaty, although the use of chemical weapons may also lead to that, as it represents a transgression of the line. The moral and legal redness that might make Western countries feel compelled to engage more.

With this introduction, the French magazine "Le Point" (Le Point) opened an article by researcher Bruno Tertreet, deputy director of the Foundation for Strategic Research, in which he imagines scenarios that might prompt Westerners to enhance their participation in the Russian-Ukrainian conflict, such as attacking their lands, using chemical weapons, or penetrating the Russian army. To Odessa and achieve "regional connectivity" between its territory and Transnistria with Moldova, which makes the latter or Romania, which is a member of the North Atlantic Treaty Organization (NATO) feel threatened.

Other scenarios can be imagined - as the researcher says - such as Ukraine launching a lightning operation to restore its lands within a few months, as Croatia did in the summer of 1995, although this is unlikely today.

The writer adds that we have the right to wonder from now on the significance of the statement of NATO Secretary-General Jens Stoltenberg, who said on May 15 that Ukraine “can win the war”;

Because the concept of "winning the war" may have a different meaning in Kyiv, Washington and Brussels, as Western countries have always supported the principle of Ukraine's territorial integrity.

Here, the writer draws attention to what the leaders of the Group of Seven emphasized to Ukrainian President Volodymyr Zelensky of their "full solidarity and support for Ukraine, which is courageously defending its sovereignty and territorial integrity for a peaceful, prosperous and democratic future within its recognized borders," indicating that they do not recognize the secession of Donbass or the quasi-annexation of Donbass. Crimea.

However, there is no doubt - according to the writer - that a number of allied countries will refuse to help Ukraine in any operation aimed at "attacking Russian territory", because of the danger of escalation and the real nuclear threat, especially since Russian President Vladimir Putin announced in advance, In 2014, he said he was ready to put his nuclear forces on alert if Crimea was threatened, as he indicated in February that the Crimean War could go nuclear.

Therefore, some countries will become more cautious, arms shipments and the provision of tactical intelligence to Ukraine may stop. In the event that Moscow annexes other regions, such as the Donbass or Kherson and Zaporizhia republics, will the United States and some European countries be willing to risk being a party to a confrontation over “Russian territories”, especially When Russia says it is "at war with NATO".

Among the hypotheses raised by the French researcher, the attempt of Western countries to besiege the Black Sea, where Moscow imposes a naval blockade on Ukraine, which has dire consequences for the supply of grain to a large part of the world, especially since Ukraine and Russia are among the largest exporters of grain, where Kyiv exported alone in the year It provided 12% of world wheat and provided 16% of world corn exports, 18% of barley exports, 20% of rapeseed exports, and 50% of sunflower oil exports.

Therefore, a coalition of countries wishing to resolve the situation by force can begin to close the Serpent Island, near the mouth of the Danube, 40 kilometers from the main Roman port of Constanta, but this process may encounter many obstacles, and it will be high risk, and it needs the approval of Turkey. Under the Montreux Convention of 1936.

But after refusing to create a "no-fly zone" over Ukraine, for fear of having to fire on Russian planes, Western militaries are not expected to be willing to do the same on naval ships, unless the Ukrainian army is strong enough to be able to sink the Russian fleet. By missiles launched from the coast.

The writer concluded that, given the food emergency, a fait accompli will be formed in the near future, and there will be an urgent political issue alongside it, represented in the doubt of many countries - which are wrongly said to be from the south - about the importance of confronting Moscow, and accusing the West of double standards, to conclude with the question: Is it time to show these countries that the fate of their people matters to us?"