After two years of pandemic, the party resumes in Ibiza

The arms wave under the neon lights of Pacha in Ibiza where the pandemic seems only a distant memory. On the Spanish island, the party is back and with it, the excesses linked to mass tourism. 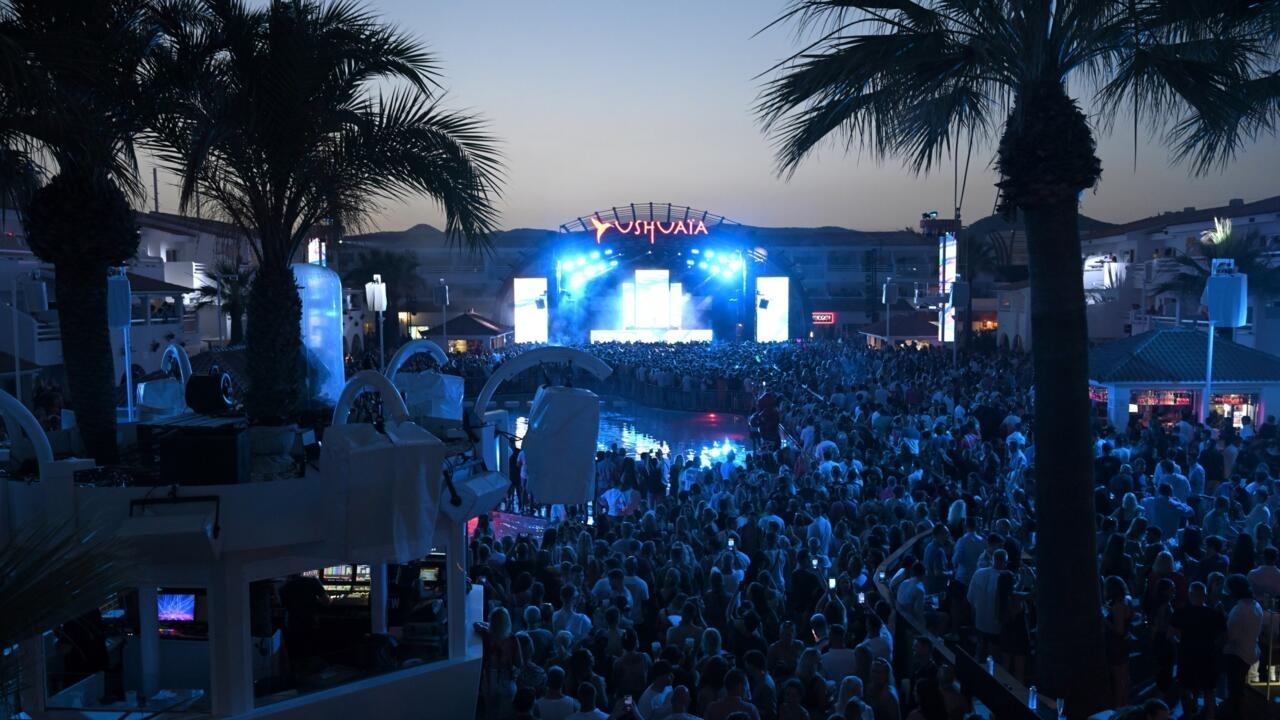 "It's as if the Covid had never existed", rejoices Michelle, a 31-year-old English caregiver, at the gates of the club where 3,500 people will dance this June evening.

Closed for two years, Ibiza's major nightclubs reopened at the end of April, a month ahead of their usual schedule, in order to replenish their coffers.

And the influx of "clubbers" from all over the world to this Balearic island "exceeded our expectations!" Says Paloma Tur, communication manager for the Pacha group.

“It is still too early to say that the figures will be better than in 2019”, before the pandemic, “but it would seem that we are heading towards that”.

The Covid "has been a real disaster for an island like Ibiza, where 84% of GDP depends directly on tourism", underlines Juan Miguel Costa, in charge of tourism promotion within the local authorities.

If the pandemic has affected all sectors, the night world – which represents more than 3,000 jobs – was the last to resume service due to health restrictions.

"When the first customers finally came back (...) we took a breather", explains Roberto de Lope, general manager of Ushuaïa Entertainment, a group with many establishments, even if there are still "many credits" subscribed during the pandemic "to be repaid now".

"The party lives on our backs"

Ushuaïa Entertainment owns the enormous Hï Ibiza nightclub, which can accommodate up to 5,700 people, and just opposite, the Ushuaïa club, an open-air discotheque which was only able to open for a few days last summer, in reduced format.

As the sun sets over the Mediterranean, more than 7,000 people dance around the pools: tanned faces, glasses raised and cellphones in the air to catch the special effects as the famous DJ Calvin Harris performs on the stage.

But despite the crazy sums revelers on the island depend on, some locals feel that Ibiza doesn't need these world-famous parties to keep its economy going.

Last year, the island and its neighbor Formentera welcomed 1.9 million tourists even though the nightclubs were closed.

An "excellent" year for restaurants and shops, insists Jaume Ribas, spokesperson for the citizen platform Prou ​​("Enough!" in Catalan) which fights against the excesses of tourism.

The spokesperson for the citizen platform PROU Jaume Ribas during in Ibiza on June 16, 2022 LLUIS GENE AFP

"We want the people of Ibiza to realize that we don't only live from partying. It's even the opposite: the party lives on our backs", he denounces.

His association has been fighting for years against mass tourism deemed harmful and causing a jump in property prices and pollution on this small island of 152,000 people, which in August can count up to 450,000 people.

"The problems are worse this year. Everyone wants to work, even the thugs," says Jaume Ribas, referring to the usual increase in drug trafficking, linked to the influx of partygoers.

Aware of the limited capacities of the island, the local authorities ensure, through the voice of Juan Miguel Costa, that the "tourist model of Ibiza is evolving" and highlight their fight against the proliferation of illegal tourist accommodation and against clandestine parties. .

"We are a world-famous brand thanks to electronic music" but if before "the season started when the clubs opened and ended when they closed, today this is no longer the case", he assures, referring to in particular the classic seaside tourism not linked to the party.

But in the minds of tourists, Ibiza remains strongly associated with nightclubs.

And even more after two years of restrictions.

Dressed all in white with a crown displaying the word "bride", Sara Borrego, 32, cannot stop dancing, she has so much to celebrate.

After having to postpone her nuptials for a year due to the pandemic, she is getting married this summer and her friends whisked her away from Cadiz in southern Spain.