Bulgaria: pro-European Kiril Petkov has lost the confidence of Parliament

Kiril Petkov only spent six months in power. The Bulgarian Prime Minister, as well as his government, were overthrown this Wednesday, June 22, 2022 by a motion of no confidence in Parliament. The war… 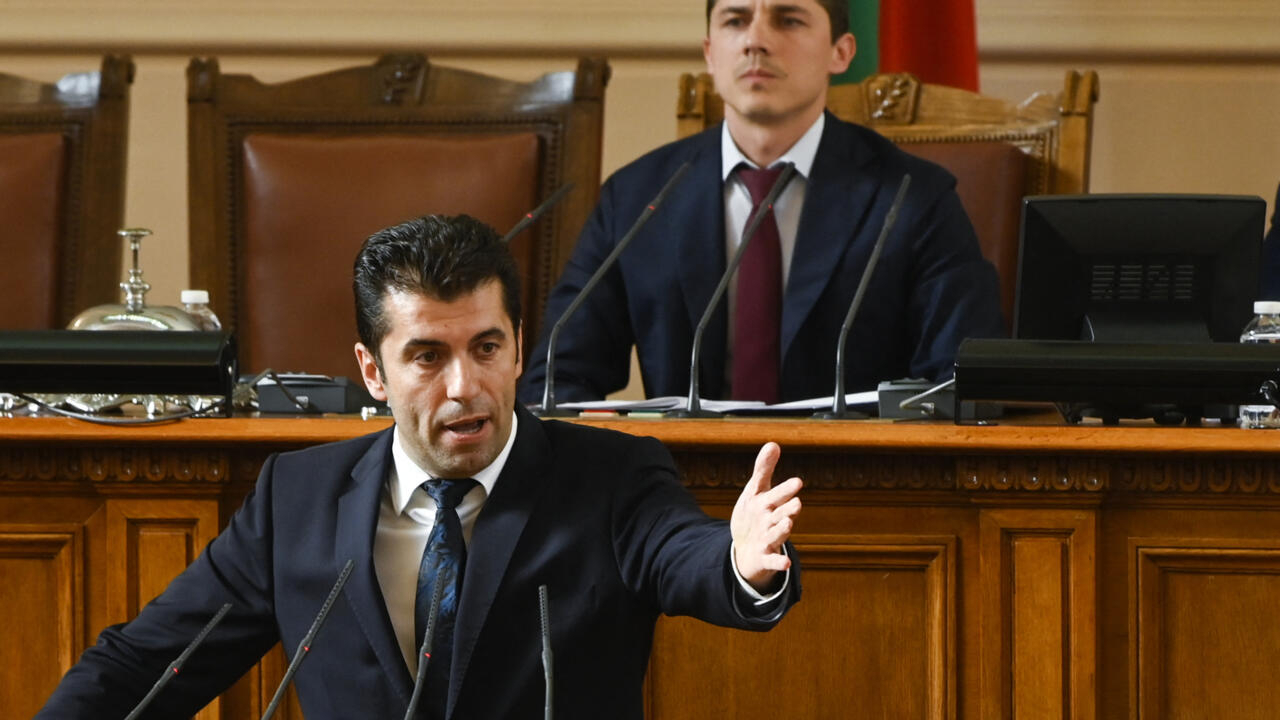 Bulgaria: pro-European Kiril Petkov has lost the confidence of Parliament

Bulgarian Prime Minister Kiril Petkov speaks after a successful vote of no confidence in the Bulgarian Parliament in Sofia on Wednesday June 22, 2022. AFP - NIKOLAY DOYCHINOV

The Bulgarian Prime Minister, as well as his government, were overthrown this Wednesday, June 22, 2022 by a motion of no confidence in Parliament.

The war in Ukraine had increased the differences.

The motion of no confidence was adopted by 123 MPs out of 240, announced the Deputy Speaker of Parliament.

Some 116 voted against, and one parliamentarian was absent.

It was an honor for me to lead

This vote is a small step on a long road

," he added, promising to continue the battle.

Mr. Petkov, a Harvard graduate, had come to power with the hope of “

To read also Kiril Petkov, the “Mister Clean” of Bulgaria

Liberal, pro-European in a country traditionally close to Moscow, Kiril Petkov wanted to wipe the slate clean of corruption in his country, after the Boïko Borissov decade.

But his coalition, formed in December, split, due in particular to the war in Ukraine.

At the beginning of June, she ended up losing the support of the anti-system party “There is such a people” (ITP).

The conservative opposition party Gerb, of Mr. Borissov, then tabled a motion, denouncing "

the failure of the economic and financial policy of the government

", while prices are soaring.

A possible return of the elections in the long term

Despite its heavy dependence on Russian energy, Sofia did not give in to the request to open a ruble account for gas payment, which was therefore cut off.

Something to cause a stir.

Moreover, Bulgaria was torn on the question of delivering weapons to kyiv, responding to Ukrainian demand.

Within the government, if most were in favor, the socialists refused.

Read also Faced with the suspension of Russian gas, what alternatives for Bulgaria?

Still among the sources of tension, there was the Bulgarian veto on the launch of negotiations for North Macedonia's accession to the EU, for reasons of historical and cultural disputes.

Sofia found itself under Western pressure when the war in Ukraine revived the question of EU enlargement to the Balkans, given the increased geostrategic importance.

President Roumen Radev must now call for new negotiations to try to form a cabinet.

Mr. Petkov's party, which remains the winner of the last elections, will try first.

If nothing comes of it, the Parliament will be dissolved and new elections organized, in a highly fragmented political landscape.