"Washington's Fantasies": How the US Treasury intends to reduce Russia's oil profits

Washington is in talks with partners and allies around the world to decide how to limit Russia's energy revenue while "preventing spillovers to the global economy." This was stated by US Treasury Secretary Janet Yellen. According to her, we are talking about the introduction of a price ceiling. This will allegedly reduce the cost of Russian oil and reduce Russia's income, as well as increase the supply of this energy resource to the world market. Meanwhile, Western media are reporting that Russia is now exporting more oil than before and earning about $20 billion a month, and the West is facing a busy summer. According to experts, Washington's initiative to impose a price ceiling on Russian oil is devoid of logic, and any attempts to limit Russia's ability to make a profit will lead to even greater price increases. 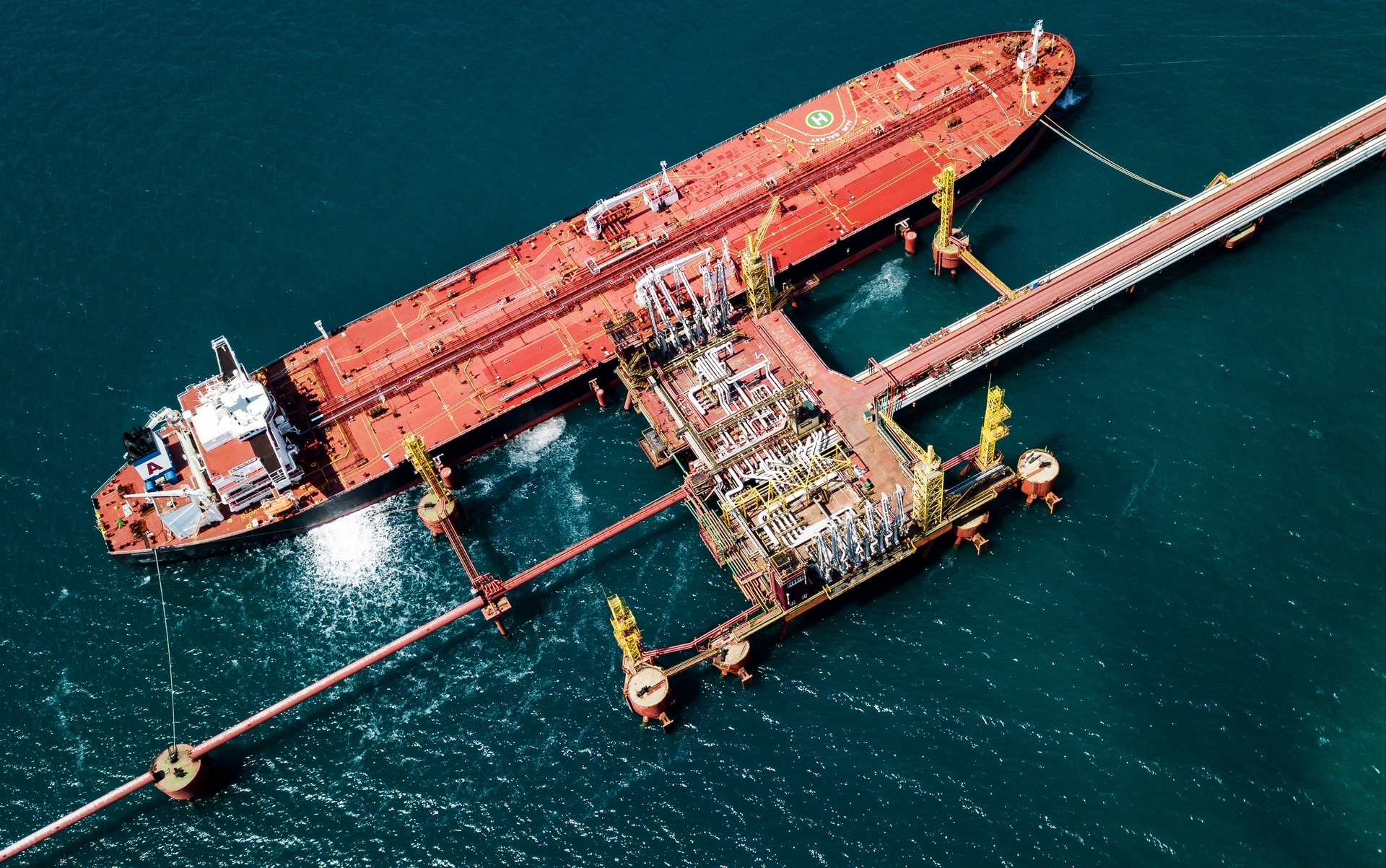 Washington is in talks with partners and allies around the world to decide how to limit Russia's energy revenue while "preventing spillovers to the global economy."

This was stated by US Treasury Secretary Janet Yellen.

“We are talking about the introduction of a price cap or price exemption that would expand and strengthen the recently introduced and planned restrictions on energy trade by Europe, the US, the UK and other countries, which will lead to a decrease in the price of Russian oil and a decrease in Putin’s income, at the same time allowing you to increase the supply of oil to the world market,” Yellen said during a visit to Canada.

According to her, imposing a price cap is "an important way to prevent spillovers" for low-income and developing countries that are facing high food and energy prices.

Meanwhile, Business Insider (BI) reported that the world "cannot moderate the urgent need for energy supplies from the rogue state," referring to Russia.

“Moreover, Russia is now exporting more oil than before the start of the war (as the West calls Russia’s special military operation in Ukraine.

), and rapidly rising prices allow it to receive about $ 20 billion a month from sales abroad,” the statement says. BI material.

It is also noted that while other importers tried not to buy Russian oil, "India came to the rescue."

“The country has been lured in by big discounts on Russian Urals crude, pushing Delhi’s purchases from near zero to more than 800,000 barrels a day,” Business Insider reports.

The publication also cites estimates by the International Energy Agency, according to which, over the past three months, Russia has been exporting an average of 7.8 million barrels of oil per day, which is more than in 2021, when Russia sold abroad 7.5 million barrels per day. .

BI also polled analysts who say the oil market will have a "crazy difficult" summer due to reduced Russian supply while maintaining strong demand "driven by a further post-pandemic travel recovery."

“The immediate effect that can be seen right now is an insanely difficult and stressful summer,” Viktor Katon, an employee at energy analytics firm Kpler, told Business Insider.

BI also notes that, according to analysts, the reduction in supply from Russia against the backdrop of strong demand “is a guarantee of even greater price growth.”

Earlier, Russian Foreign Minister Sergei Lavrov said in an interview with the Radio and Television of the Republika Srpska television and radio company that oil “does not obey politics, there is demand for it,” and given the level of prices after the measures of the West, Russia “does not have any budget losses”: on the contrary, it will significantly increase the profits from energy exports this year.

"The US is not the ruler of the world"

Recall that in May, the head of the US Treasury said following a meeting with colleagues from the G7 countries that the West could create a cartel of buyers of Russian oil in order to control the increase in fuel prices.

According to Janet Yellen, a price ceiling will be set within a group of states that will help the West reduce Russia's budget revenues from oil sales, while not putting too much pressure on the global economy.

However, the US minister did not rule out stagflationary shocks as a result of such measures.

Later, on June 14, US First Deputy Secretary of the Treasury Adewale Adeyemo said at a Senate Appropriations Committee hearing that the US authorities are discussing with European and Asian allies the prospects for introducing a ceiling on purchase prices for Russian oil.

According to him, Washington wants to make sure that Russia does not have the opportunity to benefit from rising prices for this energy resource on world markets.

Adeyemo also acknowledged that Russia has likely boosted its oil revenues due to rising costs.

After that, the Permanent Representative of Russia to the European Union Vladimir Chizhov appreciated such plans of the United States, noting that Washington is not the owner of the globe.

“Let's see, because the US is not the ruler of the world.

The world is much wider, and energy consumption is growing primarily in Asia, Africa and Latin America, where they will be glad to see Russian energy carriers,” Chizhov told RIA Novosti on the sidelines of the St. Petersburg International Economic Forum.

From the realm of fantasy

As Sergei Pikin, director of the Energy Development Fund and member of the Public Council of the Russian Ministry of Energy, noted in an interview with RT, Washington's initiative to introduce a price ceiling for Russian oil is "just a shake of the air."

According to him, when the United States talks about this and predicts an increase in oil supplies from Russia, they forget that anti-Russian sanctions in the West and in Europe are still in effect.

“They must first remove these restrictions, and then come up with some mechanisms to reduce the prices of such supplies.

Whether this will be taxation or direct withdrawal of foreign exchange earnings, following the example of the situation with the reserves of the Central Bank, is still unclear.

Washington can simply say that part of the proceeds from the oil supplied to the United States, Russia is not supposed to be directed to other, more important goals for world politics.

However, the question arises why Russia needs all this, ”Pikin emphasized.

According to him, so far neither China nor India has commented on such initiatives, and therefore there are no prerequisites for Russia "suddenly starting to play by the rules of the United States."

“If it is more reliable for Russia to supply oil to Asia, it will continue to do so.

It is more profitable for Russia to build logistics towards China, India and other countries of the region, to remain in these markets, as they are growing rapidly and will eventually become key.

So far, only words and no specifics have been observed from Washington.

If clear proposals appear, Russia will choose how to respond to them,” Pikin said.

At the same time, the analyst noted that the creation of any cartels is prohibited by the laws of both the United States and Europe.

“And how Washington and Brussels will implement American initiatives within the framework of their legislation is completely incomprehensible.

In addition, they themselves are actively fighting the OPEC oil cartel.

And then suddenly they want to create something new and their own.

A similar position is shared by the director of the Institute of National Energy Sergei Pravosudov.

According to him, the initiative of the United States to establish a price ceiling in the cartel for the purchase of Russian oil looks "very strange."

“Instead of just lifting sanctions and admitting that they hit the US and the West more than Russia, Washington is trying to reinvent the wheel.

With the removal of restrictions, oil prices would automatically fall.

However, Washington is acting outside of logic.

US and Western measures led to shortages and higher prices.

But the United States does not want to admit its guilt, therefore they offer a mechanism for setting fixed prices for oil from Russia, ”Pravosudov said in a conversation with RT.

The United States hopes, the expert notes, that due to such measures they will be able to reduce inflation within the country and buy energy resources at low prices.

“However, at this stage, all this looks like something from the realm of fantasy.

So far, the measures taken by the United States and the West as a whole against Russia are hitting them first of all.

This negative effect will only increase if Washington and its allies continue to try to limit Russia's ability to profit from oil supplies.

This will drive up prices even more.

At the same time, consumers in Asia who buy Russian oil receive discounts and feel great.

And Russia, even taking into account these bonuses for Asian countries, increased profits for oil supplies, ”concluded the analyst.