Hong Kong's floating restaurant 'Jumbo' sank in the South China Sea on Sunday. The 76-meter behemoth was unable to cope with "adverse" weather conditions, but no crew member was injured. The establishment, opened in 1976, had welcomed many personalities. 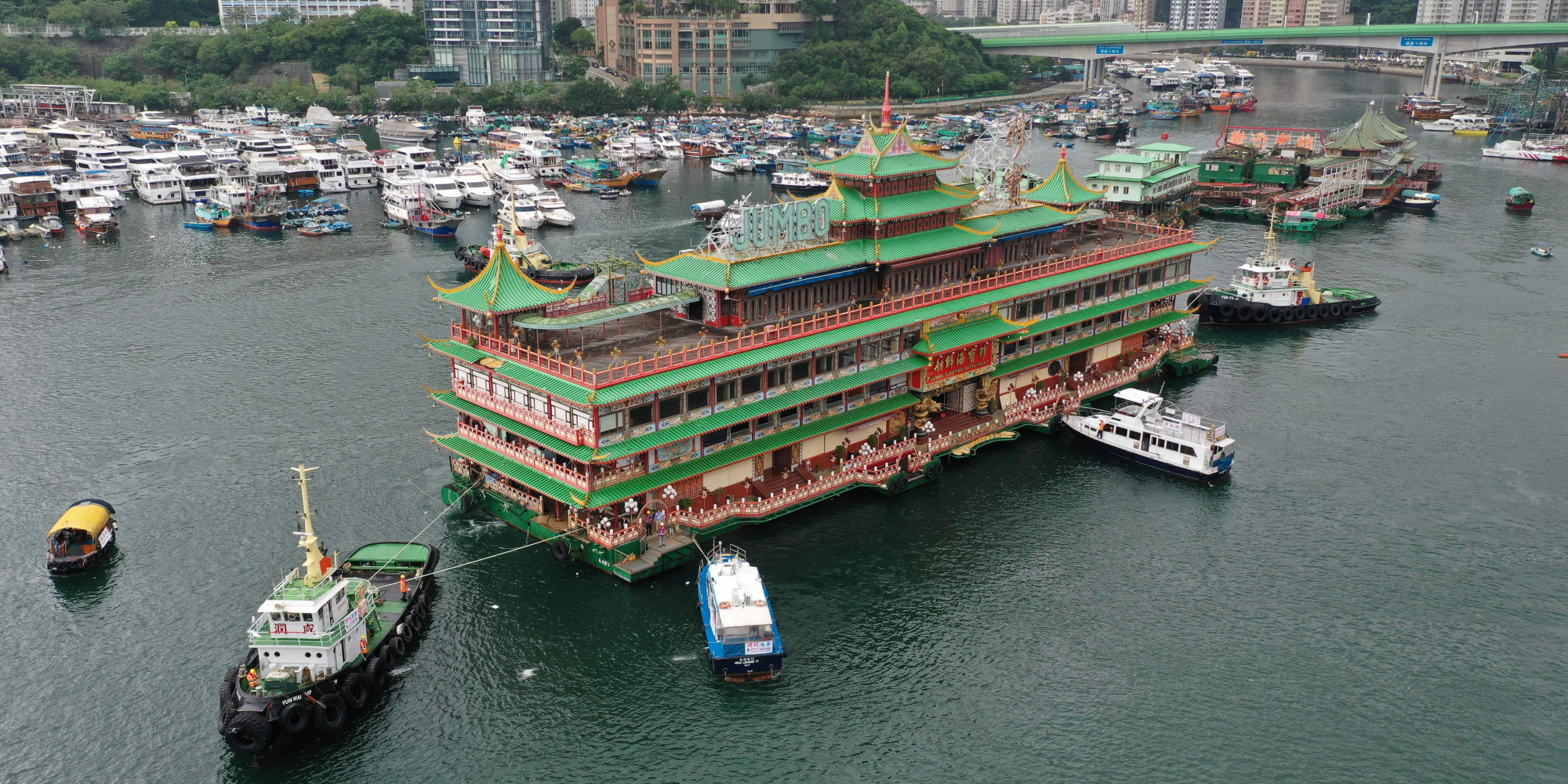 The 76-meter juggernaut could not cope with "unfavorable" weather conditions, but no crew member was injured.

The establishment, opened in 1976, had welcomed many personalities.

The "Jumbo", a famous floating restaurant in Hong Kong plagued by financial difficulties and which had left the island last week for an unknown destination, sank in the South China Sea, announced its owner.

The 76-meter floating behemoth capsized on Sunday near the Paracel Islands after it began to take on water in "adverse" weather conditions, according to a statement from Aberdeen Restaurant Enterprises, a subsidiary of Hong Kong-based investment firm Melco. International Development.

No crew member was injured, the company said in a statement released Monday, saying it was "very saddened by the incident".

"The water depth at the site exceeded 1,000 meters, making it extremely difficult to undertake salvage operations," the statement said.

The "Jumbo", moored in the south of Hong Kong Island for nearly half a century, had been inspected before setting sail, receiving "all necessary authorizations" before its departure last Tuesday, adds the company .

The operators of this once lavish restaurant cited the Covid-19 pandemic as the reason for its permanent closure in March 2020, after nearly a decade of financial difficulties.

Hong Kong's iconic Jumbo Restaurant has sunk in the South China Sea and has been lost while being towed to a new location.

Opened in 1976 by Stanley Ho, Macau's king of casinos who died in 2020, the Jumbo represented the height of luxury.

Designed like a Chinese imperial palace and once considered a must-see, the restaurant has attracted illustrious visitors, from Queen Elizabeth II to Tom Cruise.

He has featured in several films, including Steven Soderbergh's thriller "Contagion" about a virus that kills some 26 million people worldwide.

Docked in the port of Aberdeen, it was a favorite spot for seafood restaurants. Its popularity with tourists, in particular, had declined in recent years, even before the Covid pandemic.

In announcing in May the departure of the "Jumbo" from Hong Kong for an unspecified destination, Melco International Development had indicated that the restaurant had not been profitable since 2013, with cumulative losses of more than 100 million Hong Kong dollars (12.7 millions of dollars).

Its maintenance costs amounted to millions of dollars each year.