Twenty years old and already world champion. The great hope of French swimming Léon Marchand confirmed and even exceeded the expectations placed on him by winning gold in the 400m medley with a time… 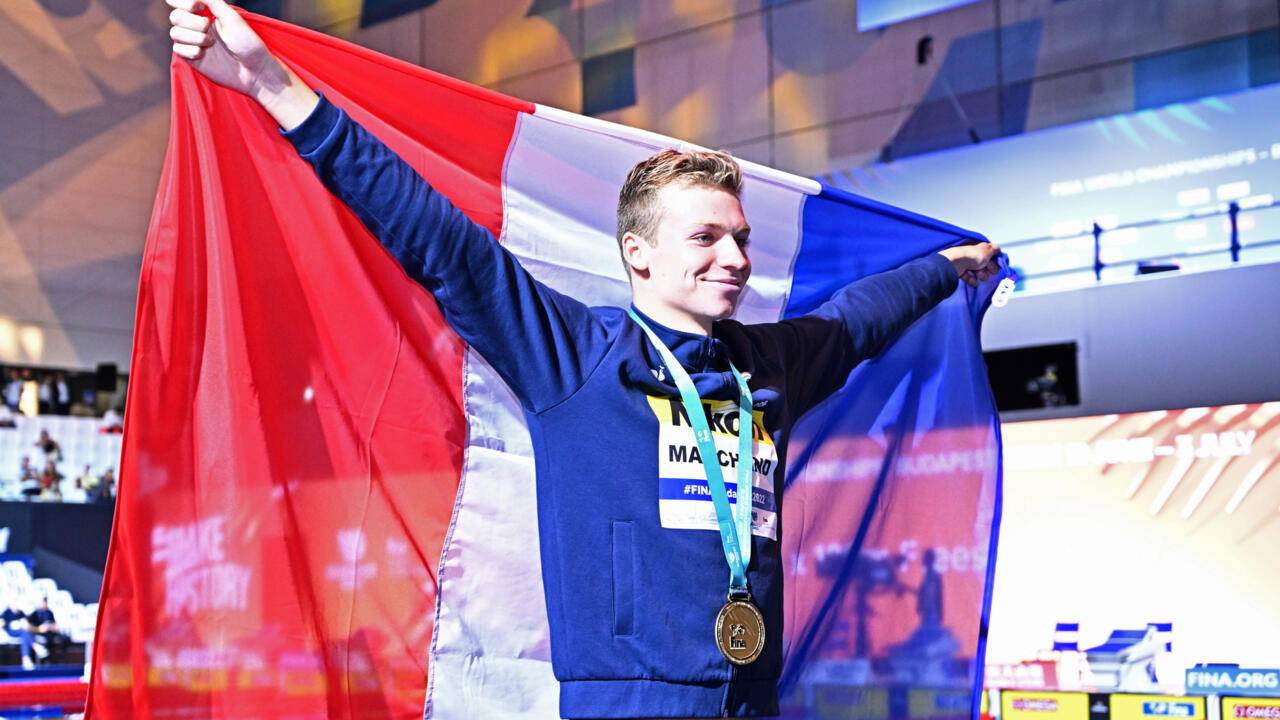 It signs the second best world performance of all time and sets the date for the Paris Olympics in two years.

Marchand won after a perfect race in 4 min 4 sec and 28/100, a new European record, less than half a second from Michael Phelps' world record, which still stands: 4 min 03.84 at the Beijing Games in 2008. A monstrous time.

"I really didn't think I would swim 4:04. I touch the wall and I see the little light that says we're first. It's really huge, a crazy feeling. I think I don't realize yet what I'm I did today but in any case I liked it”, reacted the Toulousain.

The Frenchman is ahead of the two Americans Carson Foster, 20 like him, and veteran Chase Kalisz, 28, Olympic champion in Tokyo last summer.

Marchand had already achieved the best time in the semi-finals in 4 min 09.09, a new French record.

"Go get the record"

Her forte, the breaststroke, allowed her to outrun Foster after getting off to a strong start and holding up well on the butterfly and backstroke.

"Afterwards, I fish a bit in front crawl unfortunately to get the record, but I think next time it could do it," he said with a smile.

This is the first gold medal for the young man, from a large family of Olympic swimmers.

He won world gold 24 years after his father Xavier's silver in the 200m medley.

Sixth in the Tokyo Olympics last year, Marchand, a new sensation in French and now world swimming, has made impressive progress since then.

Trained in Toulouse, he went into exile in the United States just after the Games, where he now trains at the University of Arizona under the guidance of Bob Bowman, the ex-mentor of legend Michael Phelps and specialist of the medley.

"I've been working hard for this for five years and now it's coming true. Mentally I've improved a lot, physically too. It was still a world final, I managed to manage the stress and release myself as it must," he said.

He brings France its first medal of these Worlds on the banks of the Danube and becomes the eighth French swimming world champion, the first since Camille Lacourt in 2017.

In the Duna Arena in the Hungarian capital, he will also try to climb to the podium in the 200m butterfly on Tuesday and the 200m medley on Wednesday.

The first evening of these Championships was also marked by the victory in the 400m freestyle of the American Katie Ledecky, who won the 16th world title of her career, the 12th individually.

Frenchman Léon Marchand far ahead of his competitors in the final of the 400m medley in Budapest, June 18, 2022 François-Xavier MARIT AFP

In the absence of her great Australian rival Ariarne Titmus, who dispossessed her of her world record over the distance a month ago, the American rocket won in 3 min 58.15.

The 25-year-old swimmer can aim for the individual treble in the Hungarian capital's Duna Arena: she is also the favorite to win the 1,500m on Monday and the 800 on Friday.