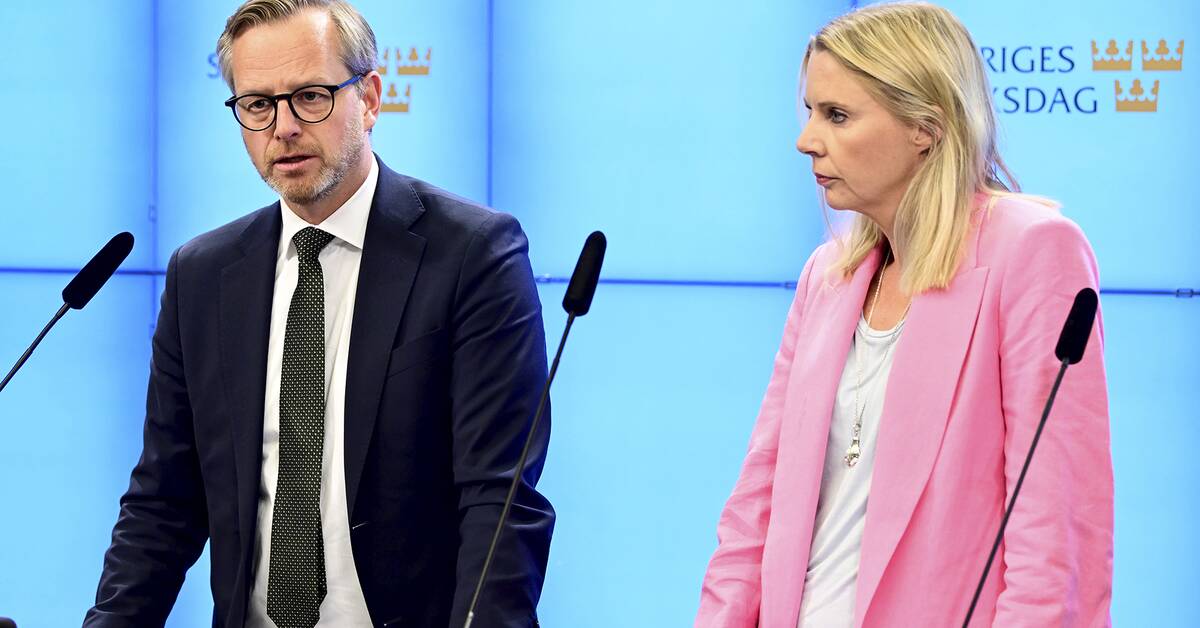 At a press conference, Minister of Finance Mikael Damberg said that after discussions, the Social Democrats have come to the conclusion that they will vote in favor of the Finance Committee's proposal for an amending budget that is on the Riksdag's table.

- Last week, we had intensive meetings with the parties in the pension groups.

We did not reach the finish line, I regret that, says Damberg.

If a majority in the Riksdag supports the Social Democrats' demand, it means that there is no proposal for a spring amendment budget at all.

Instead, the government will add an extra amending budget, where the government's original budget will be supplemented with the new pension compromise that was worked out together with C, V and MP.

- If the government puts in an extra amending budget, ie an adjusted spring amending budget for 2022 quickly, then the matter will be taken up for debate in the House as early as next week, says Åsa Westlund, chair of the finance committee.

However, this presupposes that the Riksdag approves a shortened so-called “follow-up exercise period”, which means that voting can take place after two days instead of two weeks, and that the Finance Committee can prepare the matter quickly.

The moderates are critical

The Moderates' economic policy spokesperson Elisabeth Svantesson is critical and says that it is remarkable that the government so clearly says no to the proposals that will be voted on on Wednesday.

- We want all the country's pensioners to have a strengthening of their finances.

Mostly to those who have the toughest time.

This is done through tax cuts and the distribution of the so-called gas to all pensioners.

We ensure that it pays to have worked and to continue working.

An entire working life should pay off, she says.