Rejection in the Riksdag - no budget ready today

On Wednesday afternoon, the Riksdag rejected the right-wing opposition's spring change budget. This since the government demanded a rejection and at the same time did not demand its own budget proposal. - I think it is remarkable, says Elisabeth Svantesson (M) after the vote. 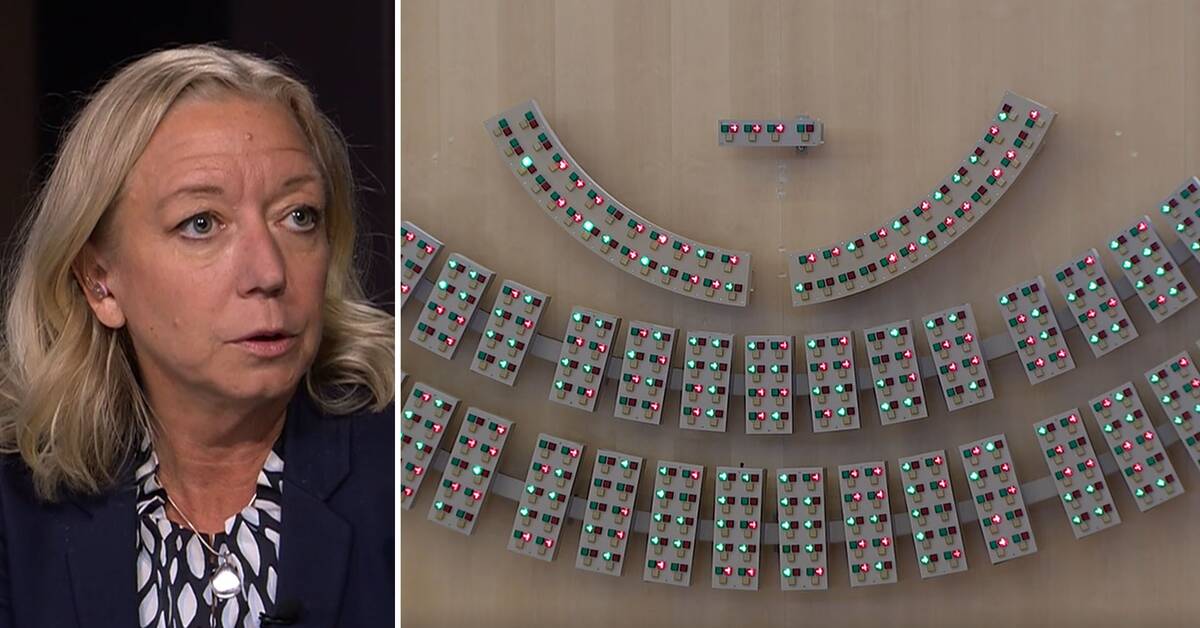 The result in the Riksdag means that an amending budget is not yet ready.

However, the government has announced that a new adjusted budget proposal will be presented on Friday.

It will contain the government's original budget, supplemented by the new pension agreement with C, V and MP.

The Government has expressed the hope that the Riksdag will already be able to take a position on the proposal on Wednesday next week.

This requires a shortened exercise time, something they seem to get.

Then the budget will be voted on again.

But how it turns out seems to be up to the political savage Amineh Kakabaveh who conditioned her support for the government's proposal.

She wants the government to promise not to export arms to Turkey and that more money will be sent to counteract oppression of honor.

- I think it is remarkable that the Center Party, the Social Democrats, the Left and the Green Party vote no to the budget we have presented.

More money for the defense, for the police and for weapons for Ukraine.

That the Center Party also says no to the pension proposal, which they basically think is good, I think is remarkable, she says.

That image is shared by the Christian Democrats' Jakob Forssmed.

He now wants to quickly get to a budget.

- I do not think there is reason to delay this process.

Sweden needs a decision in place.

I still hope that it will be our proposal that wins.

The Center Party's party leader Annie Lööf would have preferred the Riksdag to vote on the proposal that the party has agreed with the government.

- I would of course have wished that we could have voted on it already today, so that it would have been a clear and distinct policy for the country's pensioners, she says.

How do you see the possibility of getting through the new amending budget?

- We will see when you vote on it.

This entire term of office has been a chicken race with political savages who decide by a majority of one vote and we must get away from that during the next term of office.