In Turkey, the endless mysteries of the Gobekli Tepe sanctuary

On a sun-drenched hill in southeastern Turkey, the oldest known sanctuary in the world continues to reveal its infinite secrets stone by stone. 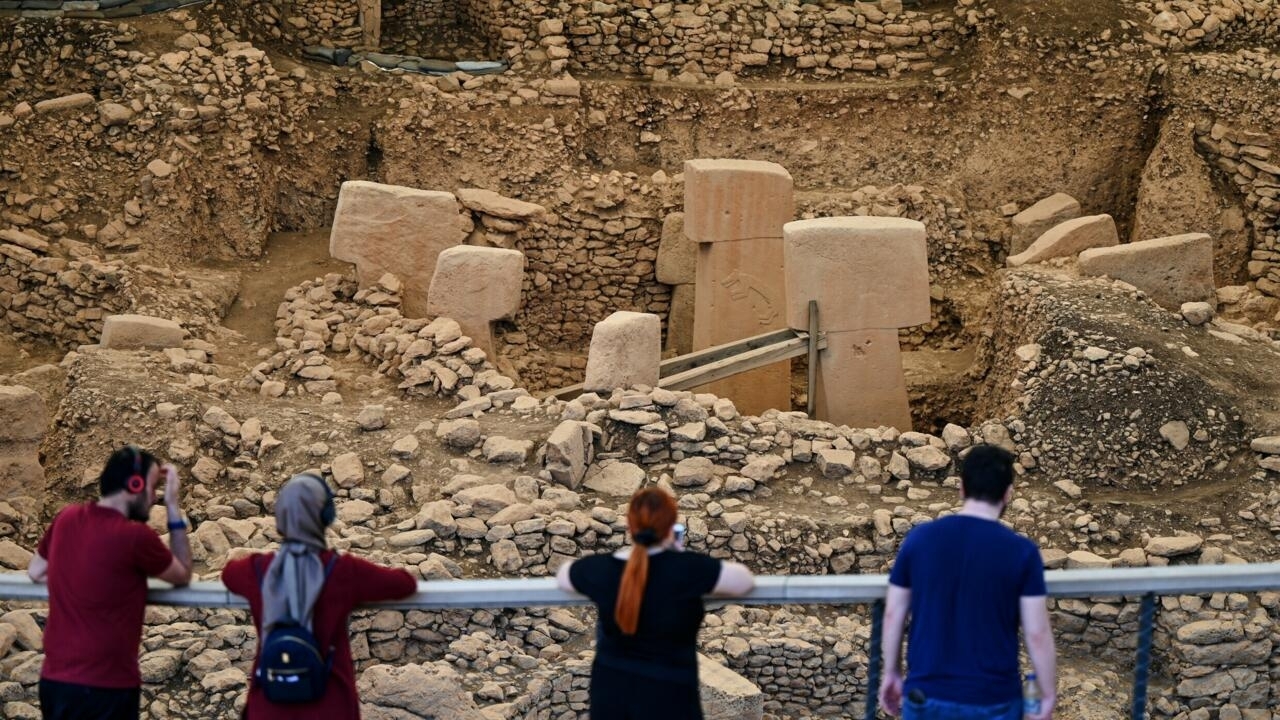 "When you open a new trench, you don't know what to expect," says Lee Clare of the German Archaeological Institute, who has been digging the Gobekli Tepe site since 2013, with greedy eyes. is always a huge surprise."

Gobekli Tepe, literally "the potbellied hill" in Turkish, is one of the most important archaeological sites in the world, which links humanity to the sacred.

More than 7,000 years before Stonehenge in England and the Egyptian pyramids, thousands of humans gathered here, between these richly adorned megaliths to meditate.

"Its importance is hard to imagine," said Sean Lawrence, a professor at the American University of West Virginia, joined by AFP.

According to some experts, Gobekli Tepe was never really inhabited and could be part of a vast sacred complex that includes other nearby sites, sometimes even older.

No one suspected anything until German archaeologist and prehistorian Klaus Schmidt started bringing his first finds to the surface in 1995.

Since then, German and Turkish archaeologists have been working together, under the eye of more and more tourists, attracted by the mysteries of the potbellied hill.

Tourists visit the site of Gobekli Tepe, the oldest known shrine in the world, in Sanliurfa, Turkey on May 18, 2022 Ozan KOSE AFP

How old is the site?

However, he adds, "the oldest Egyptian monument, the pyramid of Djoser at Saqqara, dates back to 2,700 BCE", more than seven millennia after Gobekli Tepe.

"It was the end of what are often thought of as Stone Age hunter-gatherer societies and the beginning of sedentarization."

“There remain endless mysteries around the site, including how the work was organized and how the sites were used,” he concludes.

Gobekli Tepe even inspired a sci-fi series on Netflix, "Atiye", built around one of the carvings of the pillars.

Klaus Schmidt, the German archaeologist famous for his turbans, was obsessed until his death in 2014 by these planted, vertical megaliths, adorned with foxes, wild boars, ducks, lizards and a leopard in a hunting position or of defender - all males.

The site was first thought to be purely ritualistic but, according to Lee Clare, there is enough "serious evidence" for early settled life with buildings similar to those from the same period discovered in neighboring northern Syria, Turkey constituting one of the provinces of Upper Mesopotamia.

The artefacts discovered at Gobekli Tepe are on display at the archaeological museum in the nearest town, Sanliurfa, where Abraham is believed to have been born.

Detail of the site of Gobekli Tepe, the oldest known sanctuary in the world, in Sanliurfa, Turkey, May 18, 2022 Ozan KOSE AFP

It presents the "largest collection in the world of Neolithic objects", assures its director Celal Uludag.

"Everything that could be transported from Gobekli Tepe is exhibited here," he boasts, in front of a reconstruction of the site and showcases of statuettes and bas-reliefs.

"It's a journey through time, the zero point of civilization," insists Aydin Aslan, regional director of Tourism and Culture of Sanliurfa.

The Turkish Ministry of Culture in 2021 increased funding for excavations in the region as part of its "Stone Hills" project, in particular for the hilltop site of Karahan Tepe about 35 km from Gobekli Tepe, which some already suspect of be even older.

"We are now going to continue in more depth because Gobekli Tepe is not the only nor the only" site, justified Minister Nuri Ersoy.

“These additional resources give us a great opportunity to compare what we know of Gobekli Tepe with other sites in the region and of the same age,” says Lee Clare.

"The Neolithic here is so much more interesting to excavate than in Europe," he rejoices.

Aerial view of part of the site of Gobekli Tepe, the oldest known sanctuary in the world, in Sanliurfa, May 18, 2022 Ozan KOSE AFP

Gobekli Tepe is also a godsend for this poor and long-neglected region, affected by the ricochets of the war in Syria: refugees now represent a quarter of the population of the province of Sanliurfa.

But it is also more than a million tourists who visited the province in 2019, before the Covid-19, an attendance that she hopes to find this year.