Guide: This is how Wednesday's budget vote can end

At nine o'clock on Wednesday morning, members of the Riksdag will meet to vote on the spring amendment budget. There is much to suggest that the government's compromise proposal on pensions, which was blocked by the Finance Committee, could complicate the decision. Here's what to expect: 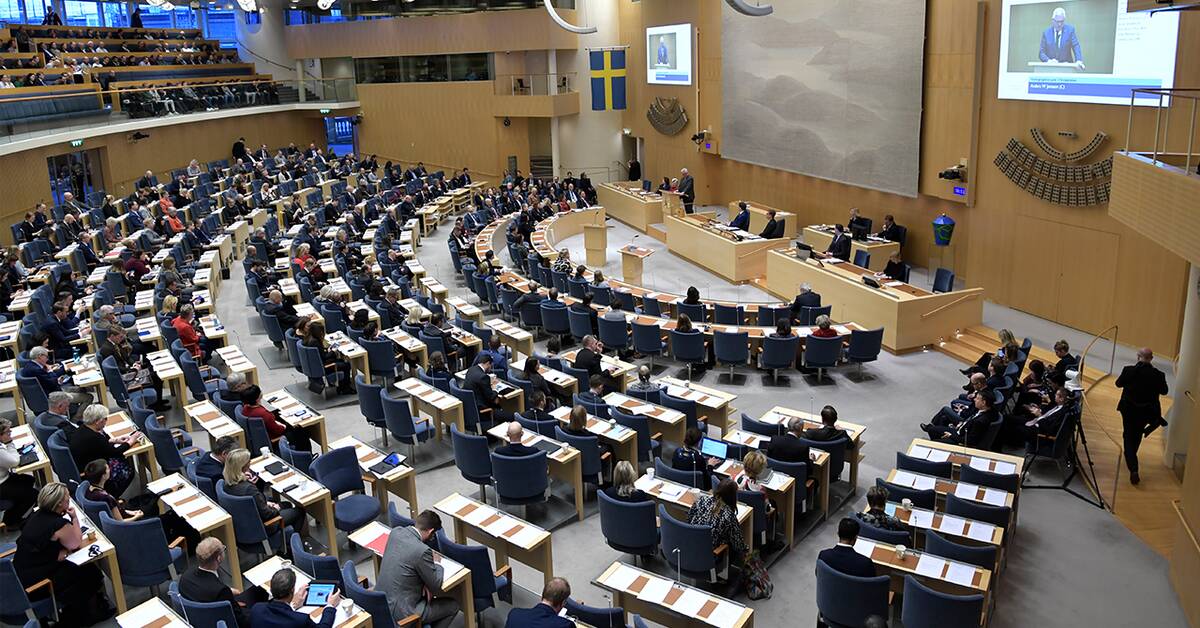 The Government has previously announced that it intends to try to present the proposal to the Riksdag in connection with the budget vote.

This is despite the fact that it was not prepared in the Finance Committee, which the Riksdag's rules usually require.

In a first step, it will then be up to the Speaker to decide whether the proposal is contrary to the Riksdag's agenda or not.

The proposal then goes to a vote in the House and is opposed to the opposition's counter-proposal.

However, the opposition has continued opportunities to stop the vote if they choose to take the decision further to the Constitution Committee (KU).

If the President considers that the proposal violates the rules

Instead, the government's original proposal for a spring change budget is set against the opposition's variant.

This provided that the government and the co-operation parties do not contest the Speaker's decision and take the matter further to KU.

If KU goes against the chairman

If either the opposition or the government and its co-operation parties do not accept the Speaker's decision, the constitutional committee will have the opportunity to reconsider whether the pension proposal is contrary to the Riksdag's agenda or not.

The decision made there trumps the Speaker's, which means that the proposal goes back to the House for a vote on whether KU makes the opposite assessment.

If the proposal is rejected in KU as well

Then the road ends for the pension proposal in its current form.

However, there is another chance for the government to take the proposal to a vote.

The Government has previously announced that it is preparing an extra amending budget where the proposal is included, which if necessary can be placed on the Riksdag's table before the summer.

When the Riksdag finally votes - how will it end?

If the opposition's budget is set against the compromise budget, the Center Party has announced that the government has its support.

The opposition and the government together with C, MP and V collect 174 votes each in the Riksdag, which means that the decision ends up on the political savage Amineh Kakabaveh.

On Tuesday afternoon, she had not yet decided how to vote.

If Kakabaveh casts his vote, the result will be 174-174, which means that the issue must be decided by drawing lots.

If, on the other hand, the opposition's budget is set against the government's original proposal, the situation is even more uncertain.

The Center Party has not announced how they intend to vote in such a vote.

Without their support, the opposition's budget will go through.