The New York Stock Exchange ended in sharp decline on Monday, fearing that inflation would push the American central bank (Fed) to tighten the screw even more as a slowdown looms on the horizon... 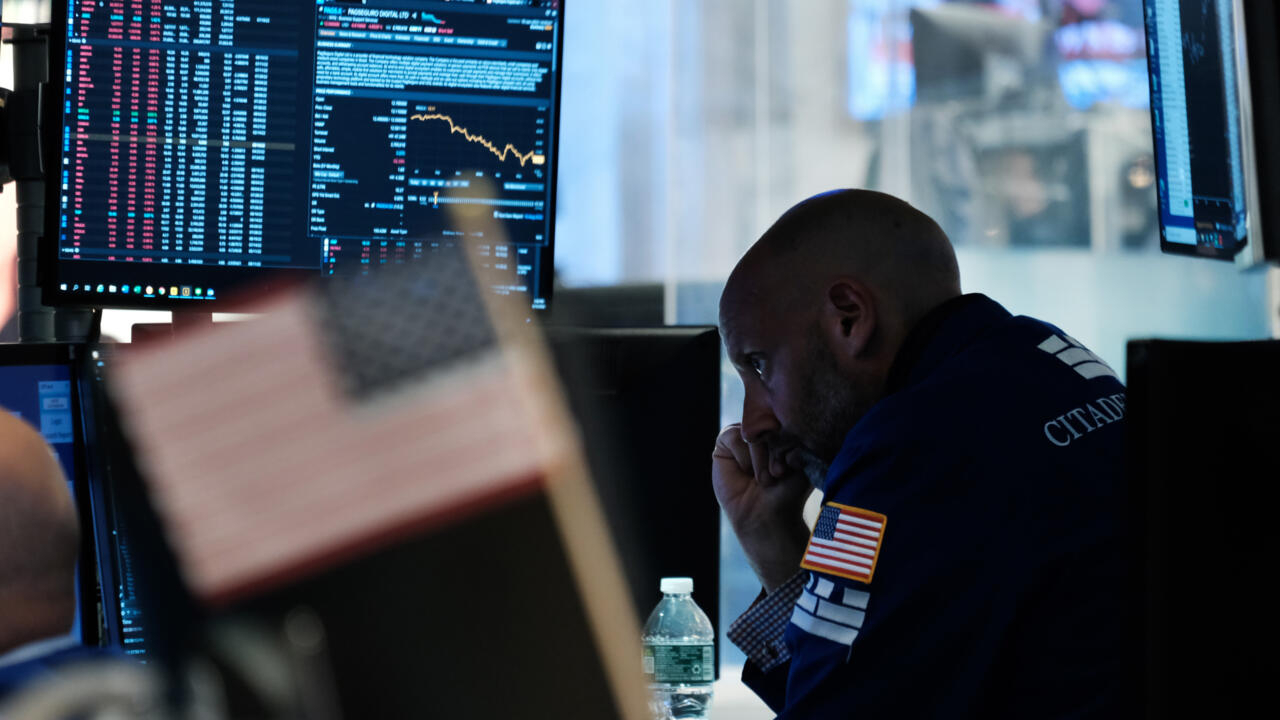 The S&P 500, considered Wall Street's most representative index, has entered a "bear market", which means that it has lost more than 20% since its historic peak in early January (-22% at the close on Monday ).

Already battered on Friday, the New York market was further shaken on Monday, still concerned about the CPI price index, which showed that inflation had picked up speed again in May in the United States, while many expected the start of a deceleration.

"Friday will probably have been a pivotal moment for the markets," commented Angelo Kourkafas of Edward Jones.

"The central thesis (of investors) has been invalidated", showing that inflation had not yet peaked.

Consequently, operators have revised their monetary policy projections and now estimate that there is almost an 80% probability that the Federal Reserve will raise its rates by at least 1.75 percentage points by the end of September, i.e. two increases of one half point and another 0.75 point.

"We expect the Fed to surprise markets by raising rates by 0.75 percentage points as early as June to bolster their credibility and regain the upper hand on inflationary pressures," analysts wrote in a note. Barclays, regarding the Fed meeting which will take place on Tuesday and Wednesday.

This revision of expectations "contributed not only to the volatility of bonds, but also to that of equities", explained Angelo Kourkafas.

“The fact that headwinds are picking up (for the economy) as the Fed is forced to hike rates at a faster pace has caused indigestion for the markets,” he said.

“Wall Street faces a plethora of bad news,” commented Edward Moya of Oanda, “but the problem is that until we see deterioration in credit conditions and market functioning, the Fed has the green light to tighten as much as possible and get inflation under control."

Overall, investors show "a lack of confidence in valuations, knowing that earnings warnings are still few despite expectations of much slower growth and even a recession in the coming months", according to Edward Moya.

The prospect of a surge in interest rates also jostled the bond market, which suffered a massive disengagement.

The yield on 10-year US government bonds, which moves in the opposite direction to their price, soared to 3.38%, a first for more than 11 years.

The yield curve, which links all bond maturities between short and long rates, dislocated on Monday, with the yield on 2-year US Treasury bonds even briefly passing above the 10-year mark, a sign sometimes interpreted as before. -runner of a recession.

For Angelo Kourkafas, the New York market shows no sign of capitulation, a term used to mean that the selling trend is no longer meeting opposition and that the market is approaching a floor.

Many believe that the VIX index, which measures market volatility, although having jumped nearly 25% on Monday, is still a good distance from the levels that historically correspond to a market approaching its bottom.

On the stock market, they were very rare to escape the wave that swept away everything in its path, with a particular ferocity for technology, cryptocurrencies in particular, and the travel industry.

Since its record high in early September 2021, the social network has lost 57% of its market capitalization.

In a climate of general risk aversion, everything directly or indirectly related to cryptocurrencies was shunned like the plague, as evidenced by the performance of the Coinbase platform (-11.41%) or the " mining" (creation of bitcoins) Riot Blockhain (-10.06%).

As the summer season approaches, cruise passengers have suffered from fears of an economic slowdown, like Norwegian (-12.23%) or Royal Caribbean (-9.74%).