How should chilled sausages and electrical appliances be taken from the UK to the EU? Since leaving the EU, it has been regulated by an agreement, but on Monday the United Kingdom announced that it wants to change the agreement on its own. At the heart of the deal is the old hotbed of conflict in Northern Ireland. Here, SVT's EU reporter Christoffer Wendick answers five questions about the contract dispute. 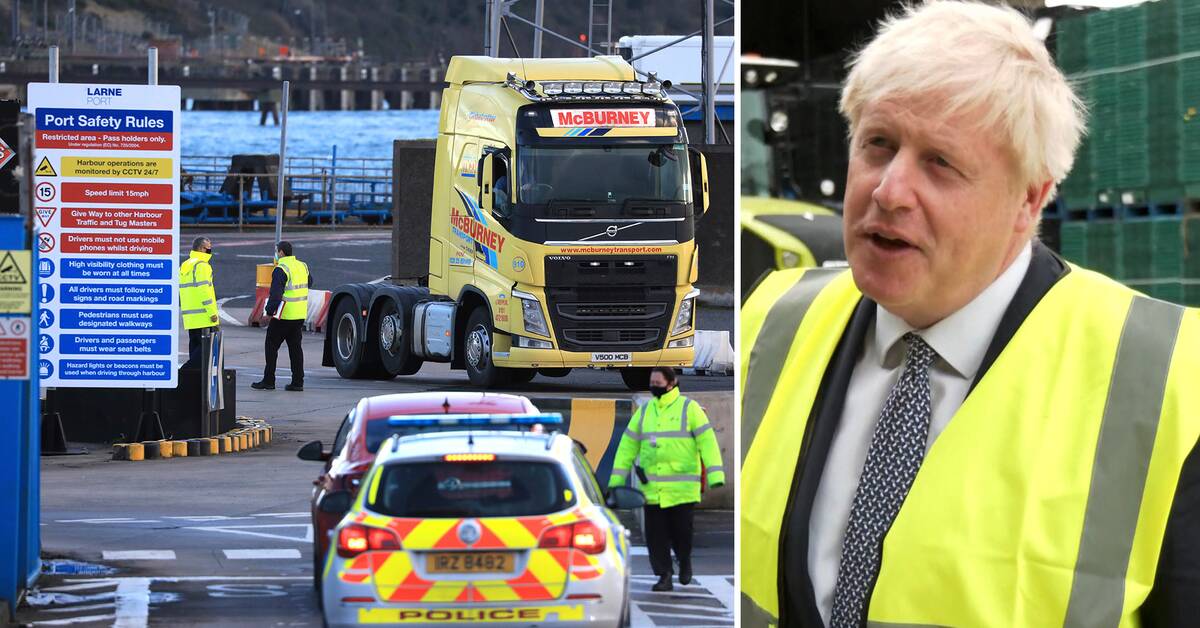 The current agreement means that British goods will be checked in the ports of Northern Ireland, in order to then be able to cross the British-Irish border without checks.

Among other things, the British government wants certain goods to be exempted from controls and to reduce the EU's influence over Northern Ireland.

Why was the agreement signed?

- It is about regulating trade in Northern Ireland.

A special agreement was needed for that when the UK left the EU, as this is the only land border between the UK and an EU country.

The EU wants the goods that enter the Union to meet EU requirements.

It can be anything from agricultural products to electrical gadgets.

But everyone has wanted to avoid border controls along the land border.

Why is the question so sensitive?

- Northern Ireland is an area in Europe that has been very violent, where thousands of people died in the violence between Protestant and Catholic groups.

Peace was achieved in the 1990s, partly because people were able to move freely between Northern Ireland and Ireland, which contributed to a relaxation.

Should the controls return, there is great concern that the violence will also return.

Who is happy with the agreement?

- The EU and Ireland want to keep this, because it protects EU territory from the entry of goods that do not meet EU standards.

They see the British plans to change the agreement as a very serious breach of contract.

Partly against the Brexit agreement, which took a great deal of effort to negotiate, but also against international law.

- There are different degrees among those who oppose the agreement.

A large part of the ruling Tory party has wanted to water it out - they want it to contain as few restrictions and controls as possible.

A group in the party thinks that the agreement is a betrayal of Brexit.

Why does Britain want to overturn the agreement?

- You can see it as part of the negotiation game.

The British government may want to increase the pressure on the EU and show that it is serious.

Most of all, the British want a compromise in a negotiation.

This would otherwise give Britain a bad reputation and create insecurity among those who enter into agreements with them.