China ready to fight "to the end" to prevent Taiwan independence 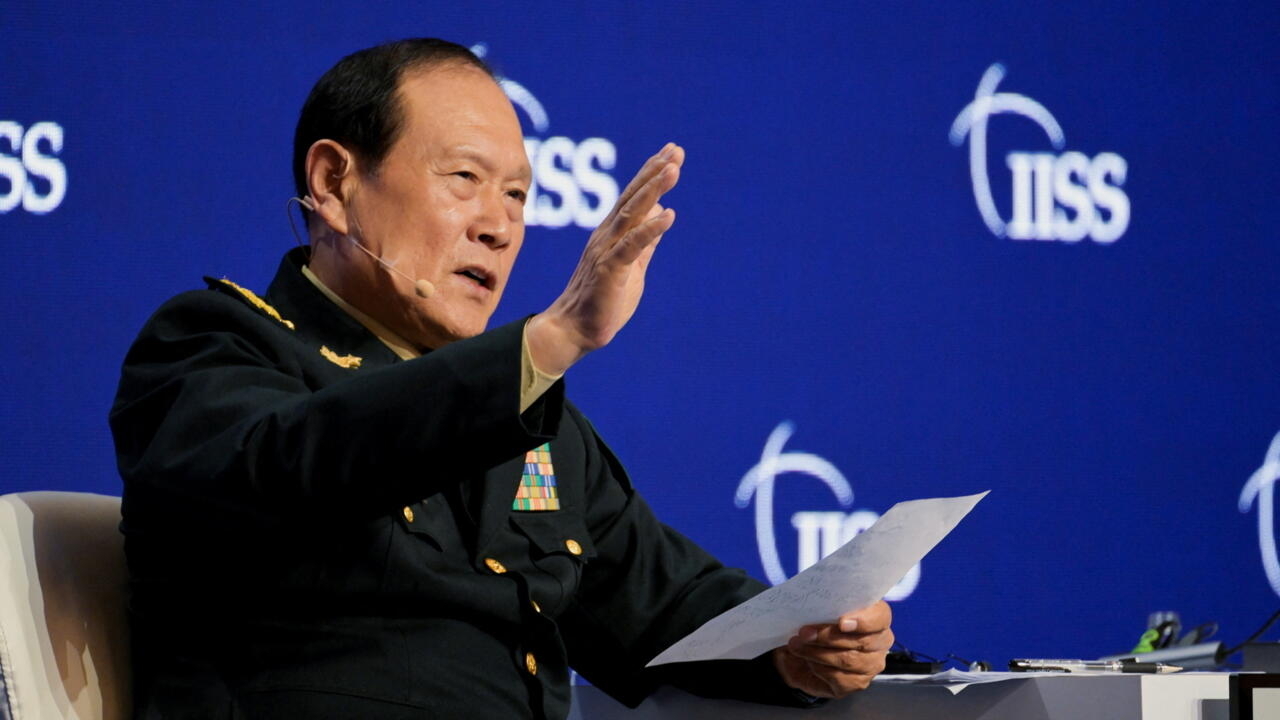 This is a new diplomatic pass between Americans and Chinese on the sensitive issue of Taiwan: China will "fight to the end" to prevent the island from declaring its independence, declared Sunday June 12 the Chinese minister of Defense, at a time when tensions are growing between Beijing and Washington in the Pacific.

This declaration sounds like a response to that, the day before, of the American Minister of Defense, Lloyd Austin, who had denounced the military activity "provocative and destabilizing" of Beijing near Taiwan.

This verbal contest between the two superpowers comes in a context of strong diplomatic tensions over the autonomous and democratic island, which Beijing considers to be an integral part of its territory.

Unprecedented incursions by Chinese military aircraft into the Taiwanese air defense zone have increased the pressure in recent months.

"We will fight at all costs and we will fight to the end. This is the only choice for China," Wei Fenghe said in an offensive tone during the "Shangri-Dialogue" security forum. The" in Singapore.

"Those who pursue Taiwanese independence with the aim of dividing China will certainly not achieve their ends," he said.

"No one should ever underestimate the determination and ability of the Chinese armed forces to safeguard its territorial integrity."

But he was also more conciliatory, calling for a "stable" China-US relationship, which he said is "vital for world peace".

During his speech, Lloyd Austin denounced China's "provocative and destabilizing" military activity near Taiwan on Saturday, the day after a firm warning from Beijing.

"We are seeing increasing coercion from Beijing. We have seen a continued increase in provocative and destabilizing military activity near Taiwan," the Pentagon chief said at the security forum in Singapore.

But he also stressed the importance of keeping "fully open lines of communication with China's defense officials" to avoid miscalculations.

The pair had their first one-on-one talk on the sidelines of the Singapore summit on Friday, where they clashed over Taiwan.

China considers this island of 24 million inhabitants to be one of its historic provinces which it intends to take back by force if necessary.

>> To see: Taiwan: an economy between strong growth and concern about China

According to a spokesman for the Chinese Ministry of Defense, Wei Fenghe said Friday during a meeting with Lloyd Austin on the sidelines of this forum: "If anyone dared to separate Taiwan from China, the Chinese army would not hesitate a moment to start a war, whatever the cost".

Beijing would "smash into a thousand pieces" any attempt at independence, the Chinese Ministry of Defense has warned.

For his part, Lloyd Austin told Wei Fenghe that Beijing should "refrain" from any further destabilizing action in this region, according to the Pentagon.

President Joe Biden, during a visit to Japan last month, appeared to break with decades of US policy when, in response to a question, he said Washington would militarily defend Taiwan if attacked by China.

The White House has since insisted that its policy of "strategic ambiguity" over possible intervention has not changed.

This dispute is only the latest between Washington and Beijing.

The South China Sea is another major hotspot in the region.

China claims almost all of this resource-rich sea, through which billions of dollars in maritime trade pass each year.

Wei Fenghe insisted Sunday that China respects the freedom of navigation and attacked Washington in a veiled way.

"A certain great power has long practiced shipping hegemony under the guise of freedom of navigation," he said.

"The key to (solving) the problem now is to pay attention to and satisfy the security interests of all parties," he said.

Speaking at the summit on Sunday, South Korean Defense Minister Lee Jong-sup said Seoul would strengthen its defense capabilities and work with the United States against the threat from the North.