80 years ago, Anne Frank wrote the first page of her diary

Anne Frank's diary begins on June 12, 1942. For a little over two years, from her hiding place in Nazi-occupied Amsterdam, the 13-year-old girl confides and testifies.… 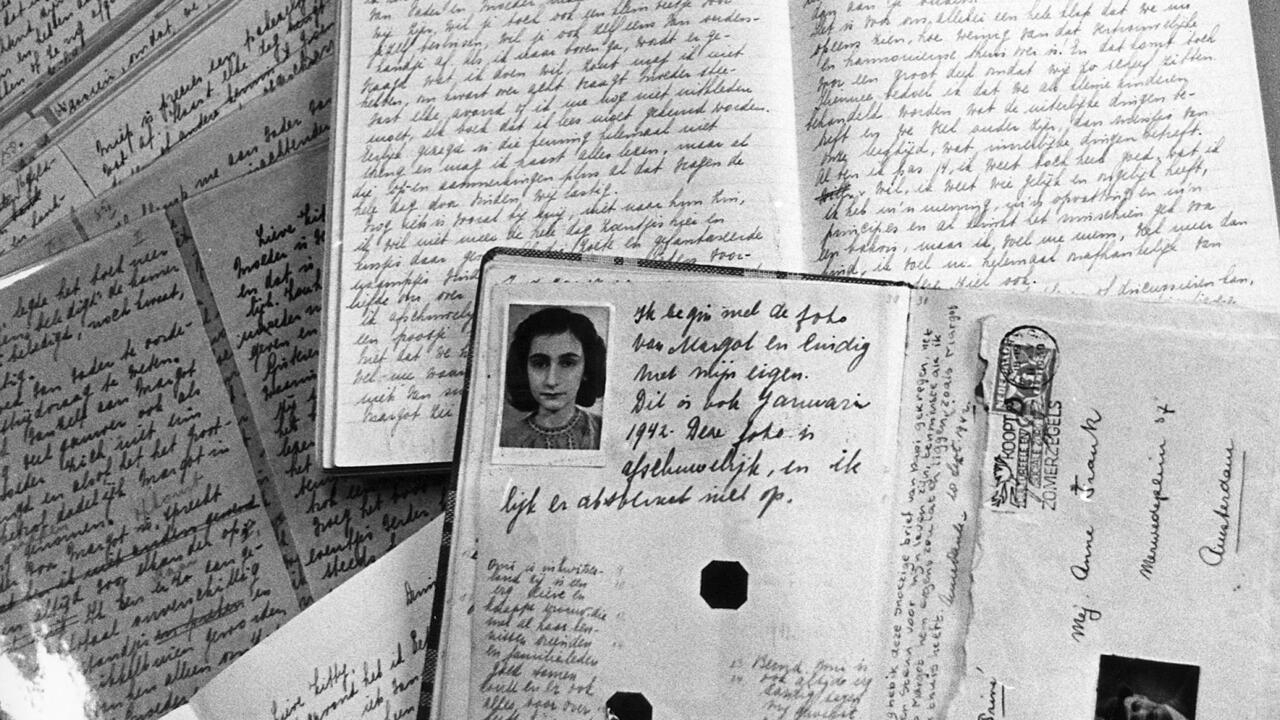 "I hope to be able to entrust everything to you as I have not yet been able to do to anyone; I also hope that you will be a great support for me".

It is with these words that the Diary of Anne Frank begins.

The work, published by his father in 1947, has become a monument of world literature and an unrivaled account of Nazi barbarism.

Born in 1929 in Frankfurt, Anne Frank emigrated to the Netherlands with her family in 1933, when Adolf Hitler became chancellor of a Germany in crisis.

In 1942, while the authorities were hunting down Jews in the occupied Netherlands, the Franks settled secretly in the "Annex", an apartment hidden behind a fake library, to escape the Gestapo.

Denounced in August 1944, the inhabitants of the "Annex" were deported to Auschwitz.

Anne and her sister are then taken to Bergen-Belsen.

Anne died of typhus in February or March 1945, shortly after her older sister Margot.

Only 38,000 of the 140,000 Jews who lived in the Netherlands survived Nazi occupation, making the country one of the highest death tolls in Europe.

Dutch professor Johannes Houwink ten Cate, from the Institute for War, Holocaust and Genocide Studies (NIOD) in Amsterdam, discusses the scope of this monument of literature.

France 24: when Anne Frank began writing her diary in June 1942, what was her life like

it was the ordinary life of a teenager from the small Jewish middle class of Amsterdam at the time.

His family was relatively modest, his father was a businessman who had not really succeeded.

She lived in the working-class neighborhood of Rivierenbuurt ("the river district") while more affluent German Jews lived in the south of Amsterdam.

Anne Frank did not receive a religious education.

She came from a background of liberal German Jews.

This greatly contributed to the influence of her newspaper: from the loft of her hiding place, she continued to proclaim her attachment to humanist and liberal values.

He was a very integrated person, with dreams far from Jewish orthodoxy.

For example, she writes that her dream is to become a Hollywood movie star.

She is a 13-year-old girl, entering puberty, who has exchanged kisses with a friend and who, like many young girls of this age, argues a lot with her mother.

When his diary was published in 1947, by his father Otto, these passages were also removed.

They were not made public until 1986 when a "scientific" version was published in the Netherlands by the NIOD (the Institute for War, Holocaust and Genocide Studies) at the time where some in West Germany questioned the authenticity of Anne Frank's diary.

Why do you think she decided to tell her story in a newspaper?

During the Nazi occupation in Europe, from the west as from the east, very many people started writing.

It was about bearing witness and, in a way, regaining control of one's life at a time when the Nazis were doing as they pleased in the territories they controlled.

This is the case of Anne Frank who, in her diary, maintains a conversation with an imaginary friend, Kitty - her alter ego.

I think for a young girl her age, it was a way to combat her feelings of isolation and loneliness.

At that time, her diary was intended for a single reader, herself.

Then she decided it should be published and she started rewriting it.

So she turned her diary into a work of literature, a coming-of-age novel.

How do you explain the success of the Diary of Anne Frank and the attraction it still has on younger generations?

Anne Frank was an innocent child, a teenager.

That's why, I think, a lot of young people identify with her.

All over the world, as long as there are 13-year-old girls, there will be readers of the Diary of Anne Frank.

Since 2011, there is even a Chinese translation.

Moreover, she was not religious, and her story touches non-Jews as well.

She keeps faith in humanity and does not mention the Holocaust.

There is neither murder nor camps in his story.

And yet, her diary only speaks of the Holocaust in the end, since we, her modern readers, know what she herself could not have imagined: her horrible death in the Bergen-Belsen camp.

Many books and investigations try to elucidate the enigma of the identity of the one who denounced the Anne Frank family.

The book "Who Betrayed Anne Frank?"

by Canadian author Rosemary Sullivan, explains how the notary, Arnold van den Bergh, would have revealed the hiding place of Anne Frank in 1944, in Amsterdam.

But there is no really solid evidence to say that this person was a Nazi collaborator.

Moreover, this man had gone into hiding six months before Anne Frank's arrest.

In the United States, the most recent works devoted to Anne Frank, in particular the biographies of Melissa Müller and Carole Anne, reveal the identity of a new traitor.

During my career, I have heard of seven potential traitors who allegedly "sold out" the teenager.

Americans love this kind of intrigue and detective stories, but these are not strictly speaking scientific investigations.