War in Ukraine: how Serbia plays on both European and Russian tables

A few days after the visit, canceled in extremis, of Serguei Lavrov, the Russian Minister of Foreign Affairs, it is the German Chancellor Olaf Scholz who is expected this Friday, June 10 in Belgrade.… 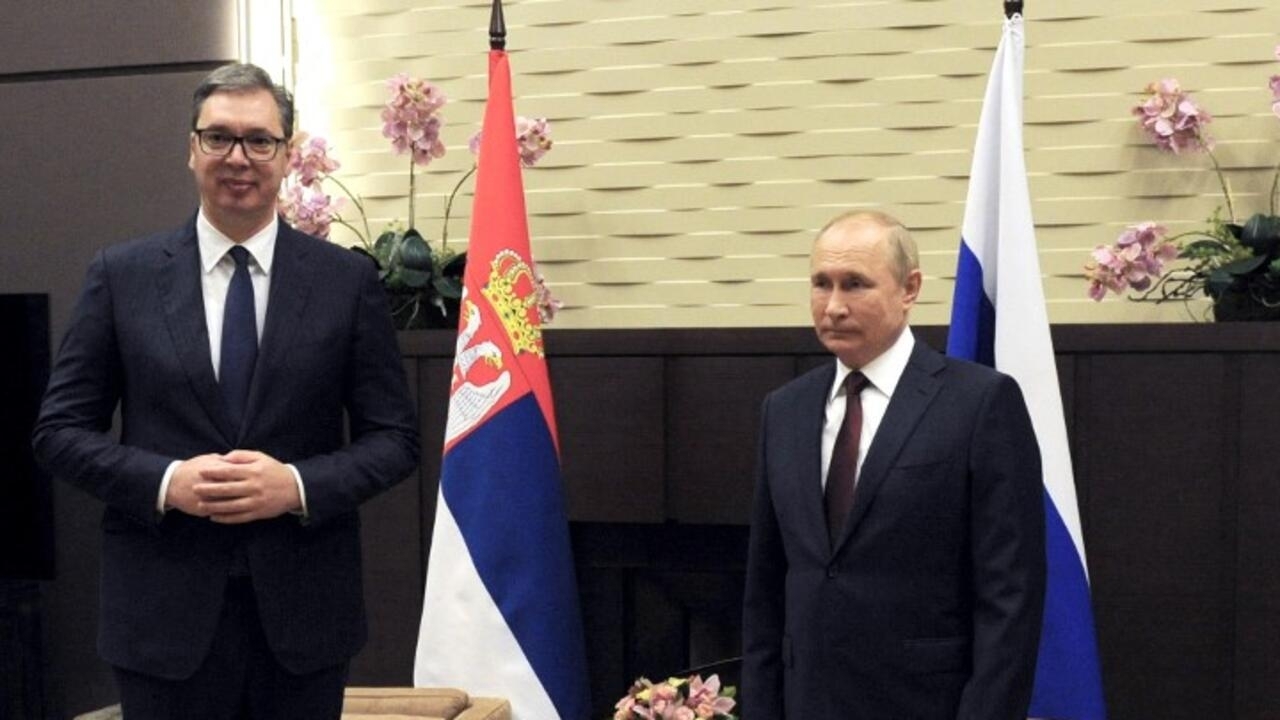 War in Ukraine: how Serbia plays on both European and Russian tables

A few days after the visit, canceled in extremis, of Serguei Lavrov, the Russian Minister of Foreign Affairs, it is the German Chancellor Olaf Scholz who is expected this Friday June 10 in Belgrade.

While the war has been raging for more than three months in Ukraine, will Serbia end up choosing its side?

But what exactly does the "neutrality" it proclaims consist of?

With our correspondent in Belgrade,

that explicitly condemn the Russian invasion of Ukraine but, at the same time, it still refuses to align itself with European sanctions against Moscow.

The country, bombed by NATO 23 years ago during the war in Kosovo, is also the only one in the region to categorically exclude any prospect of joining the Atlantic Alliance.

While it is, on the other hand, a candidate for

and the Union is by far its main economic partner, Serbia remains highly dependent on Russian gas.

also spoke on the phone with Vladimir Putin, who guaranteed to Serbia the maintenance of gas deliveries at advantageous prices.

The relationship between the two countries is also political, as Belgrade is still counting on Moscow's support in the United Nations Security Council to block international recognition of Kosovo, the former province, which declared its independence in 2008.

Serbs traumatized by images of war

This is the case of the extreme right, which made an electoral breakthrough in the elections last April, and there are also many Russophiles within the ruling circles close to Aleksandar Vucic, but in reality the opinion is quite divided.

The images of the war have deeply traumatized the Serbs and even the influential Orthodox Church is far from providing unconditional support to Moscow.

A few pro-Russian rallies have taken place, but every Saturday it is war opponents who march through the streets of Belgrade.

There are always anti-nationalist militants, part of the opposition, in particular the ecologists of the Moramo coalition, but also many Russian, Belarusian and Ukrainian nationals, who have found refuge in Belgrade.

Indeed, Serbia has maintained its air links with Moscow and it is one of the only countries in Europe where Russians can go without a visa.

The Serbian capital therefore serves as a

hub for many Russian democratic opponents

fleeing the regime of Vladimir Putin.

There is no doubt that Chancellor Scholz will take advantage of his trip to send urgent messages encouraging Serbia to rally to European positions.

According to a confidential report for the Union's External Action Service, which leaked three days ago, Aleksandar Vucic is preparing a gradual turnaround.

However, Serbia is certainly not going to rush, and Aleksandar Vucic is even counting on the virulence of the pro-Russian far right to justify his extreme caution to Europeans.

To read also: The day the neighbors of Serbia closed their airspace to Sergei Lavrov's plane