Inauguration of the first road bridge between Russia and China

Russia and China on Friday inaugurated the first road bridge between the two countries, linking over the Amur River the cities of Heihe (Heilongjiang province) and Blagoveshchensk (Far East… 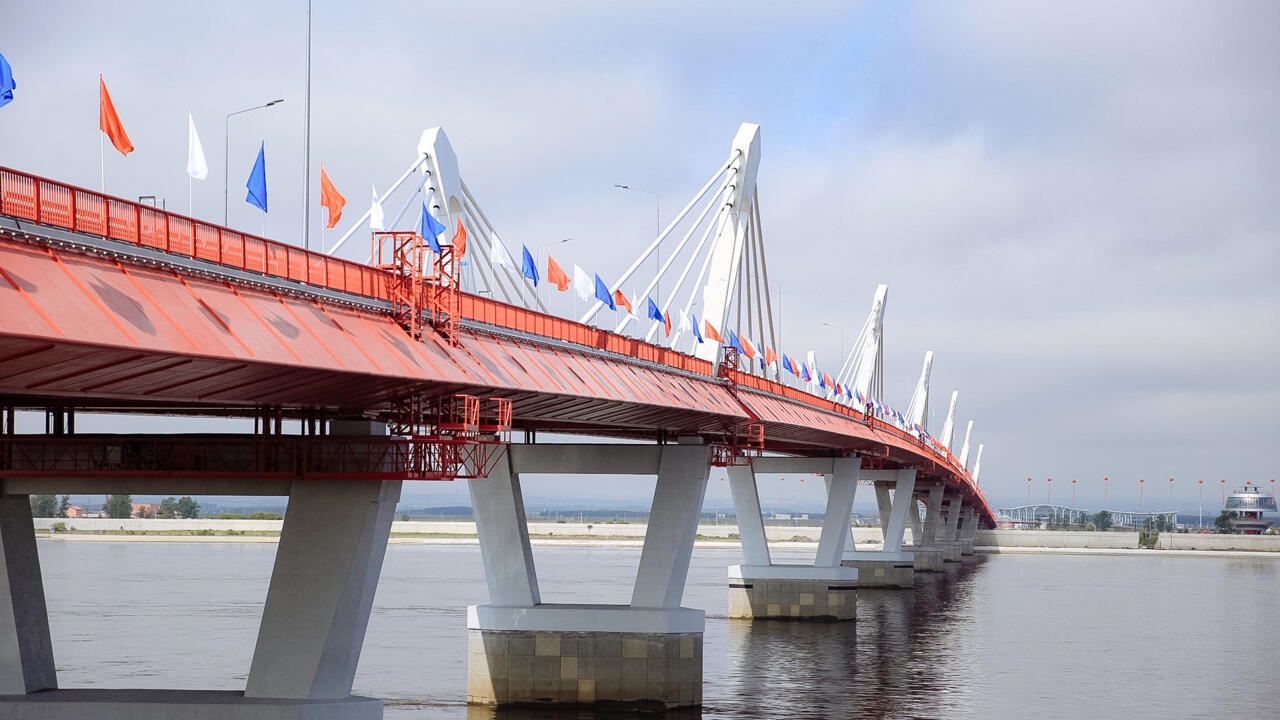 The construction of the bridge had been completed for two years but its inauguration had been postponed due to the coronavirus pandemic.

The launch of this long-standing project, for which the first agreement dates back to 1995, is symbolic of the rapprochement and the increase in trade between the two countries.

The Russian public news agency Ria Novosti published a video of the inauguration of this bridge with a red and white structure, showing the passage of the first trucks greeted by fireworks.

With a length of one kilometer and consisting of only two traffic lanes, the bridge cost some 19 billion rubles (300 million euros) including 14 billion for the Russian part, according to official figures.

According to Russian media, 630 trucks, 164 buses and 68 light vehicles will be able to use this freight-only bridge every day.

For the population of these two cities of around 200,000, a cross-border cable car is under construction and is due to be completed in 2023.

Moscow and Beijing, which share 4,250 kilometers of border mainly on the Amur River, have opposed for more than 30 years on the course of their border in the region.

A road bridge over the Amur, the river separating China and Russia.

Trade has flourished since the normalization of relations between the two giants in the late 1980s, but has always come up against the region's lack of transport infrastructure.

In recent years, a complex of factories has sprung up on the Russian side: a Gazprom factory, presented as one of the most important gas processing factories in the world, which is a link in the Russian-Chinese Power of Siberia gas pipeline, and a Sibur petrochemical plant.

In April, the construction of a railway bridge over the Amur River linking China and Russia was completed in the Jewish Autonomous Republic of Birobidjan, 500 kilometers to the east.

It is due to enter service in August, according to local authorities.