Director of the Atomic Energy Agency for Al Jazeera: Resuming Iran nuclear negotiations is the most reasonable option

The Director of the Atomic Energy Agency told Al Jazeera that the resumption of negotiations to revive the Iranian nuclear agreement is "absolutely necessary as the most rational option," but he warned of the repercussions of the recent Iranian measures on these negotiations. 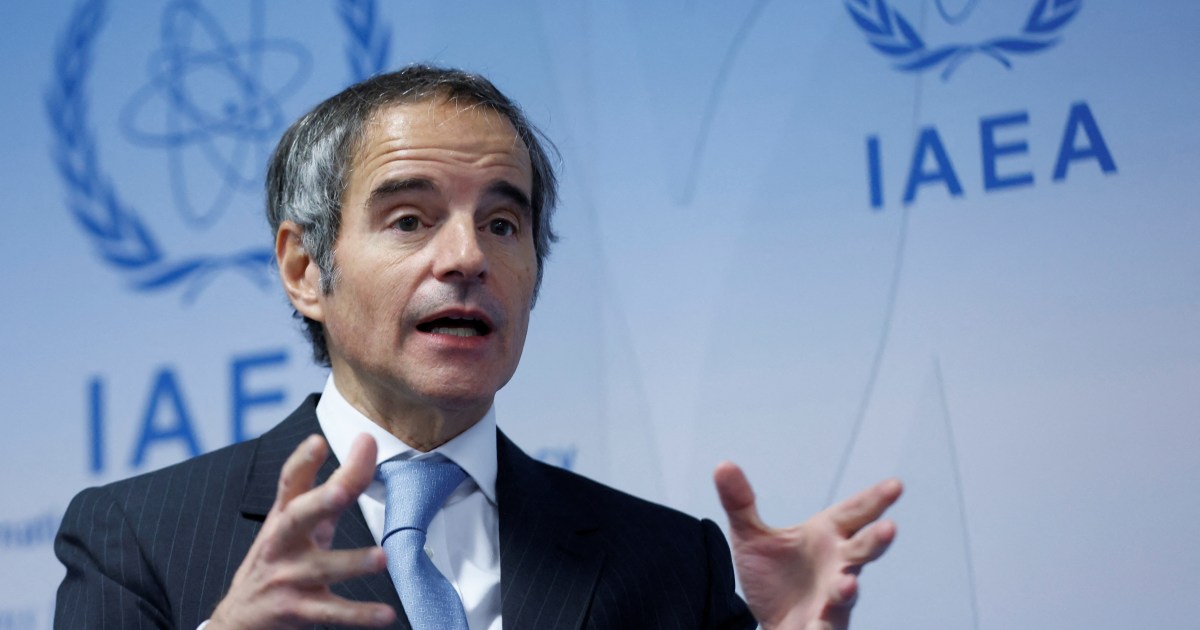 The Director-General of the International Atomic Energy Agency, Rafael Grossi, said in statements to Al-Jazeera that the resumption of the Vienna negotiations to revive the Iranian nuclear agreement "is absolutely necessary as the most rational option", but he warned of the repercussions of the recent Iranian measures on these negotiations, in reference to Tehran's removal of surveillance cameras - which had been placed by Agency - from a nuclear facility.

Grossi considered that Iran's move to stop the work of surveillance cameras on its nuclear activities "a negative measure because reducing transparency was never a good idea."

In exclusive statements to Al-Jazeera, Grossi said that what Iran has done does not send positive messages, if it says that it has nothing to hide, and Grossi added that there is tension between Iran and the agency, but he stressed that there is always room for understanding, and expressed his hope to visit Tehran in as soon as possible.

The Director of the Atomic Energy Agency stressed that he is convinced that the recent Iranian steps reflect negatively on the chances of reviving the nuclear agreement concluded in 2015, noting that he suggested that Iranian officials sit at the table and focus on finding solutions.

The International Atomic Energy Agency had earlier condemned Iran's decision to "close 27 cameras" to monitor its nuclear activities, warning of a "fatal blow" to the Vienna talks on this thorny file if the disruption continued.

Yesterday, Thursday, the agency warned Iran of a severe blow to the Iranian nuclear deal, if Tehran did not return the monitoring equipment set by the agency under the agreement to monitor Iran's nuclear activities.

Tehran's removal of this equipment came within a series of steps;

In response to a report issued by the Agency on Wednesday criticizing Iran's lack of "cooperation" regarding the Agency's finding of traces of enriched uranium at 3 undeclared nuclear sites.

The Iranian official reminded the Western powers that "the Israeli entity does not abide by any of the international decisions, and does not allow inspection of its nuclear facilities," and considered that "the behavior of the International Atomic Energy Agency with Iran is illegal and political."

In a related context, Muhammad Marandi, the media advisor to the Iranian negotiating delegation in Vienna, called on the US side to provide sufficient guarantees not to withdraw from the nuclear agreement again, after Washington withdrew unilaterally in 2018 from the 2015 agreement.

Marandi stressed that returning to the nuclear agreement requires Washington to solve the dilemma of the sanctions list.

He also warned at the same time that his country would not allow the United States and the Europeans to use the International Atomic Energy Agency as a political tool, explaining that the problems with the agency and the politicization of its role could not be separated from the negotiations of the nuclear agreement.

Russia and Iran condemned what they described as "the sabotage actions of the United States and its allies who voted for the adoption of an anti-Iran resolution within the International Atomic Energy Agency's Board of Governors."

In Russia, the Ministry of Foreign Affairs said in a statement that Russian Deputy Foreign Minister Sergei Ryabkov met Iran's ambassador in Moscow, Kazem Jalali, and the two sides condemned what they described as "the sabotage acts of the United States and its allies who voted in favor of adopting an anti-Iran resolution," referring to the decision of the agency's board of governors. Atomic Energy, which criticizes Tehran's lack of cooperation with the Agency.

It is noteworthy that the talks aimed at reviving the nuclear agreement began in April 2021, and made great progress before the stalemate extended to it last March, with points of disagreement remaining between the two main parties: Tehran and Washington.

The agreement between Tehran and the major world powers provides for the abolition of international sanctions imposed on Iran, in return for imposing severe restrictions on its nuclear program, and the International Atomic Energy Agency plays a key role in monitoring Tehran's compliance with these restrictions.