On the afternoon of June 8, General Secretary Xi Jinping came to Yibin, Sichuan for inspection.   Talking about ancient times, Yibin has a history of more than 2,200 years and is a famous historical and cultural city in my country. In terms of modern times, Yibin has achieved the highest economic growth rate in the province for many years.   In Yibin, the general secretary inspected three plac 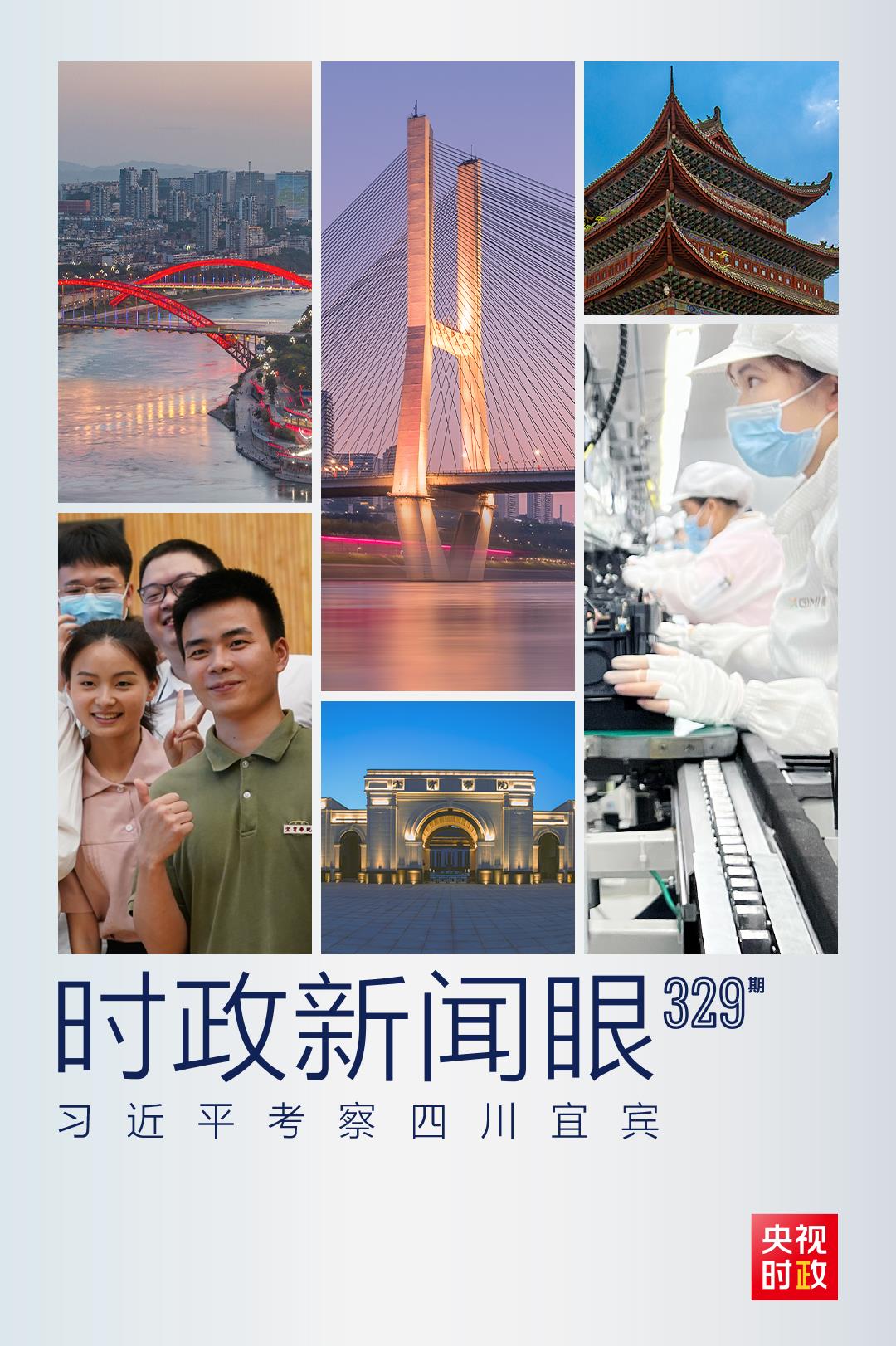 On the afternoon of June 8, General Secretary Xi Jinping came to Yibin, Sichuan for inspection.

Talking about ancient times, Yibin has a history of more than 2,200 years and is a famous historical and cultural city in my country. In terms of modern times, Yibin has achieved the highest economic growth rate in the province for many years.

In Yibin, the general secretary inspected three places, focusing on important propositions, not only based on the present, but also related to the future, not only focusing on one place, but also involving the overall situation.

Visiting Sanjiangkou: Ecology itself is value

The Three Rivers Estuary in Yibin is the confluence of the Yangtze River, Jinsha River and Minjiang River.

Stopping here, you can see the confluence of the three rivers and the east of the big river.

On the afternoon of the 8th, General Secretary Xi Jinping came to Sanjiangkou to learn about the ecological restoration and protection of the Yangtze River Basin.

Sanjiangkou, a scene of vitality.

Yibin, the capital city of the Yangtze River, has a developed water system.

In addition to the confluence of three large rivers, there are more than 600 large and small rivers winding here.

In recent years, Yibin has done a good job in the management of the Yangtze River, such as "together with great protection, not to engage in great development" and "10-year fishing ban". The core area of ​​Sanjiangkou has become a cultural and leisure place for local residents to enjoy water and recreation.

Since its completion and opening in 2015, the core area of ​​Sanjiangkou has received an average of more than 10,000 citizens per day.

What is the relationship between ecology and GDP?

During the National Two Sessions last year, the General Secretary talked about this topic when he participated in the deliberation of the Inner Mongolia delegation.

At that time, Zhou Yizhe, who changed from a "tree cutter" to a "tree watcher", reported to the general secretary that with the implementation of the natural forest protection project, in 2018, the total value of the forest and wetland ecosystem services in his forest area exceeded more than 600 billion yuan.

After listening, the general secretary said: "The total ecological value you mentioned is the concept of green GDP, indicating that ecology itself is value. There is not only the value of the forest itself, but also the green lung effect, which can bring tourism. , the under-forest economy, etc.”

From this, it is not difficult to understand the win-win situation between "Yibin Speed" and "Living Index".

At the Sanjiang Port, the slogan "Lucid waters and lush mountains are invaluable assets" stands out.

At a recent symposium, the general secretary drew a "big picture of the Yangtze River" in the new era: to draw a new picture of the harmonious integration of mountains, rivers, people, and cities, making the Yangtze River Economic Belt the main battlefield for my country's ecological priority green development, and smooth domestic and international cooperation. Circulating the aorta and leading the main force of high-quality economic development.

The Yibin section of the main stream of the Yangtze River has a drainage area of ​​10,472 square kilometers.

This time, the general secretary's visit to the first city of the Yangtze River is to "supervise the battle" on the spot again.

June is the graduation season, and employment is a hot topic.

This year, the number of college graduates across the country is expected to be 10.76 million, an increase of 1.67 million year-on-year. Both the scale and the increment hit a record high.

During the inspection, the general secretary made a special trip to Yibin College to focus on the employment of college graduates.

The emblem of Yibin College takes the shape of a bell as a whole, with the character "Yi" in seal script as the main body.

Yibin College opened higher education in 1978 and was upgraded to a provincial full-time comprehensive general undergraduate college in 2001.

"Current Affairs News Eye" learned that in the past three years, the employment rate of Yibin College has exceeded 90%.

This year, Yibin College has a total of 5,637 graduates.

As of June 7, 4,165 people have confirmed their graduation destination, and the implementation rate is 73.88%.

Among them, 65.8% of them were employed in enterprises.

The scene of the private enterprise recruitment seminar at Yibin University.

The employment of college students affects the overall situation.

The Central Economic Work Conference at the end of last year called for solving the employment problem of young people such as college graduates, and improving flexible employment and social security policies.

On the other hand, college graduates should also change their outlook on career choice and employment.

Group photo of teachers and students who participated in the recruitment presentation that day.

It is the hope of the general secretary and the foundation of college students to have a correct view of career choice, to be lofty and down-to-earth.

On the afternoon of the 8th, General Secretary Xi Jinping also inspected a private enterprise in Yibin, XGIMI Optoelectronics Co., Ltd., to learn about the company's strengthening of independent innovation and local support for the development of the private economy.

XGIMI focuses on the design, R&D, and production of laser TVs and smart projections, and has been ranked No. 1 in the Chinese projector market in terms of shipments.

In March last year, the company was listed on the Science and Technology Innovation Board.

The entire park takes the lake area as the core of the landscape.

XGIMI Technology adopts the operation mode of "headquarters research and development in Chengdu, production base in Yibin".

In January 2020, the self-built park project was launched in Yibin. After completion, the closed-loop industrial chain of intelligent projection design, R&D, and manufacturing will be realized.

The last time I went to Sichuan for inspection, the general secretary visited a private enterprise in Chengdu.

At that time, he encouraged enterprises to seize opportunities and improve their independent innovation capabilities and international competitiveness.

Production lines in a high-tech factory.

The general secretary has repeatedly emphasized that it is necessary to strengthen the main role of enterprises in innovation and promote the aggregation of various innovation elements to enterprises.

In October last year, when he presided over the 34th collective study of the Political Bureau of the Central Committee, he pointed out that it is necessary to speed up the cultivation of a group of "specialized and special new" enterprises and single champion enterprises in manufacturing.

General Secretary Xi Jinping's trip to Yibin, from ecological protection, employment of college students, to independent innovation of enterprises, is concerned with important propositions that are related to the overall situation, and has also released a clear signal.

When he went to Sichuan for inspection four years ago, the general secretary said that we should do more research, find out the facts, focus on grasping and grasping to the end, advocate hard work, forbid empty talk, and make precise efforts, so that the tasks of reform, development and stability will fall, and people who benefit from the common people will fall. All work is done.

The words "fall" and "real" are more urgent in today's time.