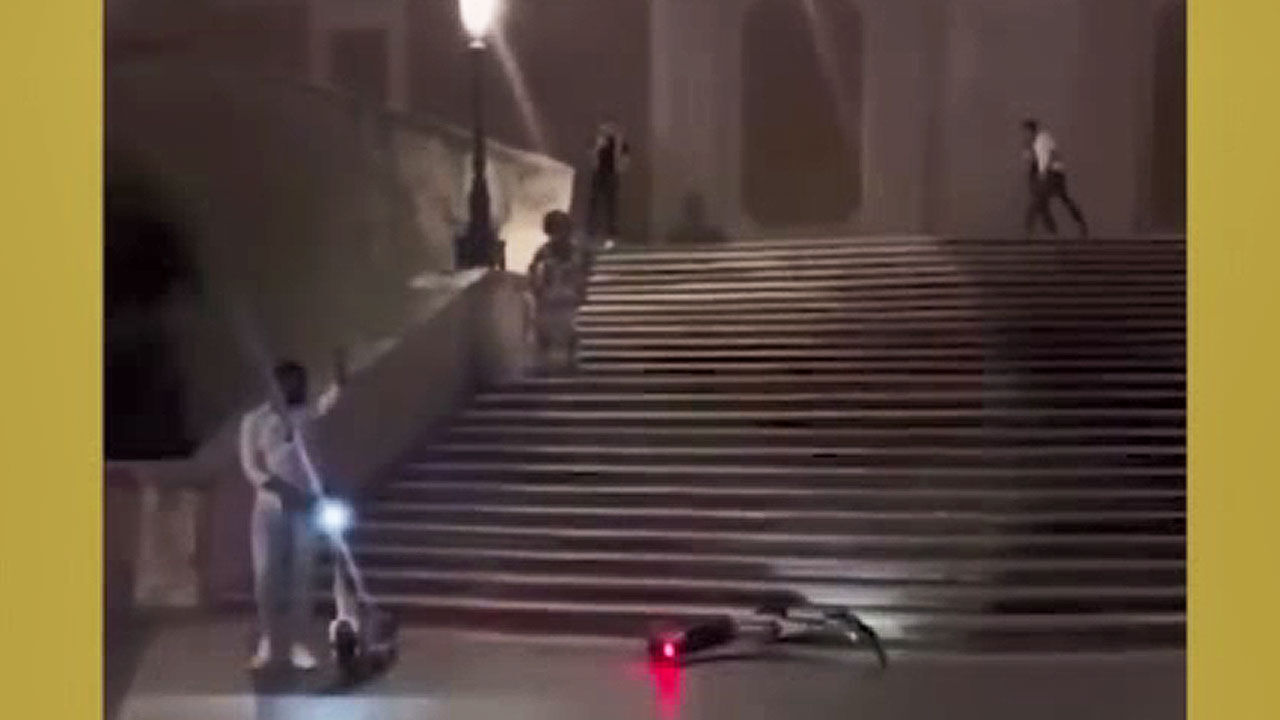 After 3 a.m., they were dragging their scooters down the stairs and suddenly they threw the scooter.

It is said that he did this "just because he thought it was fun", which cracked the 16th and 29th steps and broke several marble columns.

Rome police arrested a 29-year-old and 28-year-old American tourist based on CCTV, fined them about 540,000 won each, and permanently banned access to the Spanish Steps.

Restoring the stairs is expected to cost about 33.7 million won, and all costs will be charged to them.

This happened less than a month after a Saudi Arabian man drove a luxury car and damaged the stairs in the middle of last month.

Completed in 1725, this baroque heritage and UNESCO World Heritage Site is famous for the scene where the heroine Audrey Hepburn eats ice cream in the movie 'Roman Holiday'.

Netizens responded, "The World Heritage Site continues to suffer. It needs proper management.", "It's a place I want to visit, but I'm worried that it will disappear before I go."