Against inflation, the ECB is preparing its first rate hike in more than ten years

Faced with record inflation, the European Central Bank (ECB) on Thursday stopped its monetary support for the economy, ending years of net asset purchases and planning for the end of July… 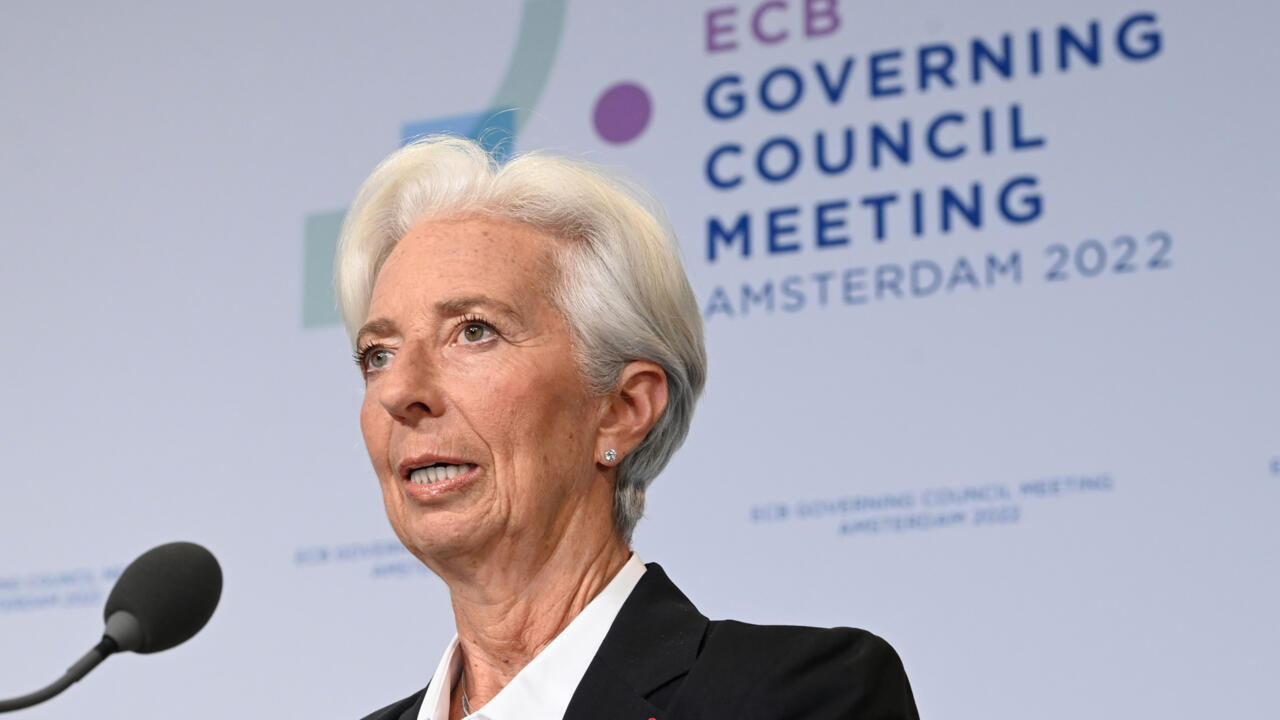 Announced at the end of a meeting of the Board of Governors, relocated to Amsterdam, these decisions, widely expected, mark an exit from the era of cheap and abundant money.

Last to act among the major central banks, the guardians of the euro plan to “raise key rates by 25 basis points” at their next meeting on July 21, before “another hike in September”.

“A step in the right direction, but which comes too late”, reacted Clemens Fuest, president of the IFO institute, in tune with other observers criticizing the timid reaction of the institution.

Several "hawks" among ECB officials, supporters of more determined action, had pleaded Thursday for a first step of 50 basis points in July, AFP learned from a source close to central banks.

In any case, a "series" of rate hikes will follow "over the next few months" depending on the outlook for inflation, said President Christine Lagarde.

For households, this change of direction is already being felt in the rise in mortgage rates recorded in recent months.

But the ECB no longer had a choice.

Inflation continues to surprise with its vigor, which has accelerated further with the war in Ukraine.

It reached 8.1% over one year in May, with fourteen out of nineteen countries in the euro zone being above this average.

Unheard of since the introduction of the single currency and a level four times higher than the ECB's target set at 2%.

"Inflation is undesirable" and the ECB "will make sure it gets back on target", promised Ms Lagarde

In September, the rate hike could be more than 25 basis points "if the outlook for medium-term inflation persists or deteriorates", warns the institution.

By raising their key rates, central banks aim to bring inflation under control and compress demand.

But the effect of this turning point will not be immediate and will be seen "over time", has already warned Ms. Lagarde.

In particular, the US Fed and the Bank of England have already begun a cycle of raising their rates.

Before starting to raise its own, the ECB will stop "on July 1" its net purchases of assets which have served to maintain good financial conditions since their launch in 2015, at the rate of nearly 5,000 billion euros injected into the market.

Exiting the negative interest rate policy initiated in 2014, which sparked waves of criticism in Germany in particular, is tricky.

This policy means that banks are taxed – by -0.5% to date – on their deposits entrusted to central banks for lack of distributing them via loans.

The ECB must take care not to disrupt European growth already seriously shaken by the consequences of the war in Ukraine.

Financial markets reacted negatively to the announcements of the ECB judging by the rise in bond yields of more fragile countries such as Italy compared to the yields of the German 10-year bond, which serves as a benchmark.

Investors did not appreciate the vagueness left by the ECB on the possibility of setting up "new instruments" to "limit fragmentation" in the sovereign debt market.