A UN rapporteur describes the assassination of Shireen Abu Aqleh as a war crime, and the Palestinian Authority submits the results of its investigation to the International Criminal Court

Francesca Albanese, the United Nations Special Rapporteur on Human Rights in the Palestinian Territories, said that the killing of Al-Jazeera correspondent Shirin Abu Aqleh is a war crime, during a seminar held in Rome with the participation of human rights defenders and journalists. 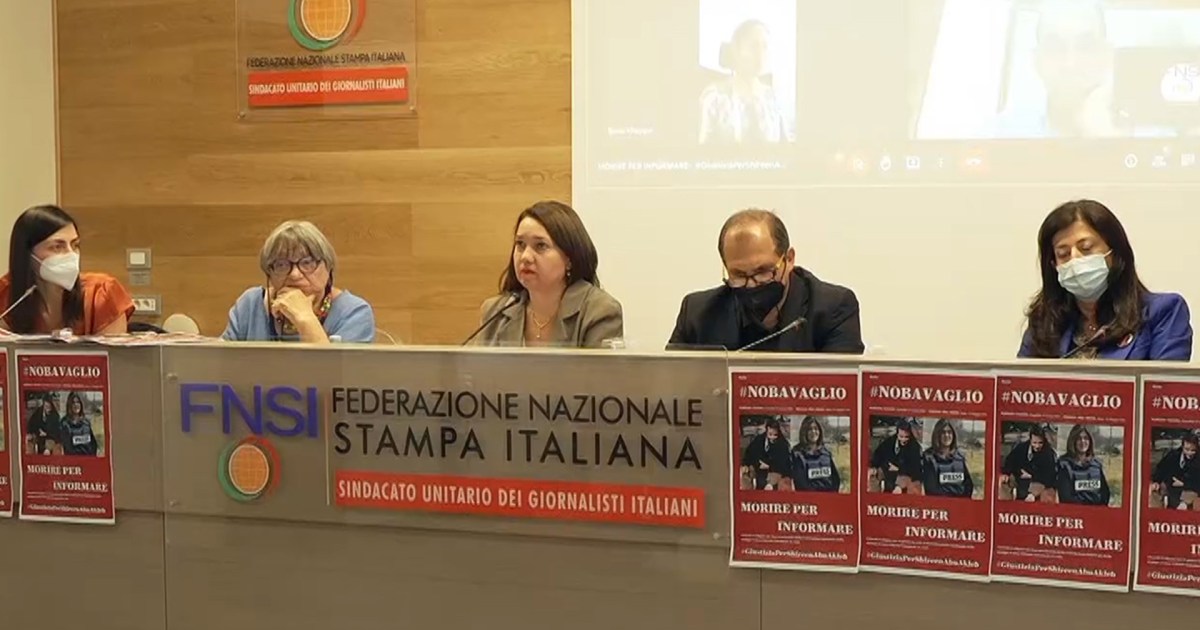 Francesca Albanese, the United Nations special rapporteur for human rights in the Palestinian territories, said that the killing of Al-Jazeera correspondent Shirin Abu Aqleh is a war crime, while Palestinian Foreign Minister Riyad Al-Maliki handed over to the International Criminal Court the results of the investigation into the assassination of Abu Aqleh.

The statement of the UN rapporteur came today, Thursday, at a symposium on the killing of Sherine Abu Aqleh, which was held in the Italian capital, Rome, in the presence of human rights defenders, international journalists, and a number of Palestinian embassy officials.

The participants in the symposium condemned the crime committed by the occupation forces, calling for a transparent and prompt investigation and the punishment of the perpetrators.

Anton Abu Akleh, brother of the late colleague, said in an intervention in the symposium, that the family is grateful for the local, international and European solidarity since the assassination of Sherine.

Antoun stressed the importance of the American role in conducting a transparent and independent investigation to uncover those responsible for the assassination of his sister and hold them accountable.

Submitting the results to the International Criminal Court

Palestinian Foreign Minister Riyad al-Maliki announced that he had handed over to the International Criminal Court the results of the investigation into the assassination of Shireen Abu Aqleh, which concluded that the crime amounted to a war crime.

Al-Maliki said that he had invited the Prosecutor of the International Criminal Court, Karim Khan, to visit the Palestinian territories, and indicated that Khan had asked the Palestinian side for details of the investigation into the assassination of Shireen Abu Akleh.

At the headquarters of the International Criminal Court in The Hague, the Palestinian Foreign Minister held meetings with the President and members of the Court.

In addition to the case of Shireen Abu Akleh, the meetings dealt with the file of the investigation into Israeli violations in the West Bank and Gaza, which the court opened in early 2020.

On the other hand, the British government called for a comprehensive investigation into the killing of journalist Shireen Abu Aqleh.

A spokeswoman for British Prime Minister Boris Johnson's office said what happened was "really shocking", stressing the need for justice for the journalist and her family.

This comes in the context of similar statements by British officials, including the Minister for the Middle East, Amanda Milling, who urged a thorough and urgent investigation, and said it was necessary to respect media freedom and the safety of journalists.

As for US Secretary of State Anthony Blinken, he confirmed that the United States is determined to find out the truth about the killing of Al-Jazeera journalist Shireen Abu Akleh.

In response to journalists' questions at the "Media Summit of the Americas" in Los Angeles on Wednesday, Blinken said, "I deplore the loss of Sherine. She was a wonderful journalist and an American citizen, as you all know. We are determined to follow the facts."

"We are looking for a credible independent investigation. When that investigation is conducted, we will follow whatever direction the facts lead us. It is clear and simple," he said.

Al-Jazeera correspondent Shireen Abu Aqleh was assassinated on May 11, while she was covering a storming operation carried out by the Israeli occupation forces in a neighborhood in Jenin in the occupied West Bank.

Investigations conducted by Al-Jazeera Network, CNN and the Associated Press showed that the Israeli army targeted Shireen Abu Aqleh, and that there were no armed men or armed confrontations near her during the moments prior to her killing.

Investigations conducted by the Palestinian Public Prosecution and the Palestinian Judicial Medicine Institute revealed that Shireen Abu Aqleh was killed by a live bullet that hit her behind the left ear, and that the type of bullet that killed her was used by the Israeli occupation forces only.

As for the Israeli occupation authorities, they are still refraining from opening an investigation into the killing of Shireen Abu Aqleh, despite the fact that its initial examinations proved that its soldiers fired at the location where the Al-Jazeera reporter was.