Gestures in politics are often more important than words. And the gestures show that the rapprochement between Yolanda Díaz and Íñigo Errejón has entered... 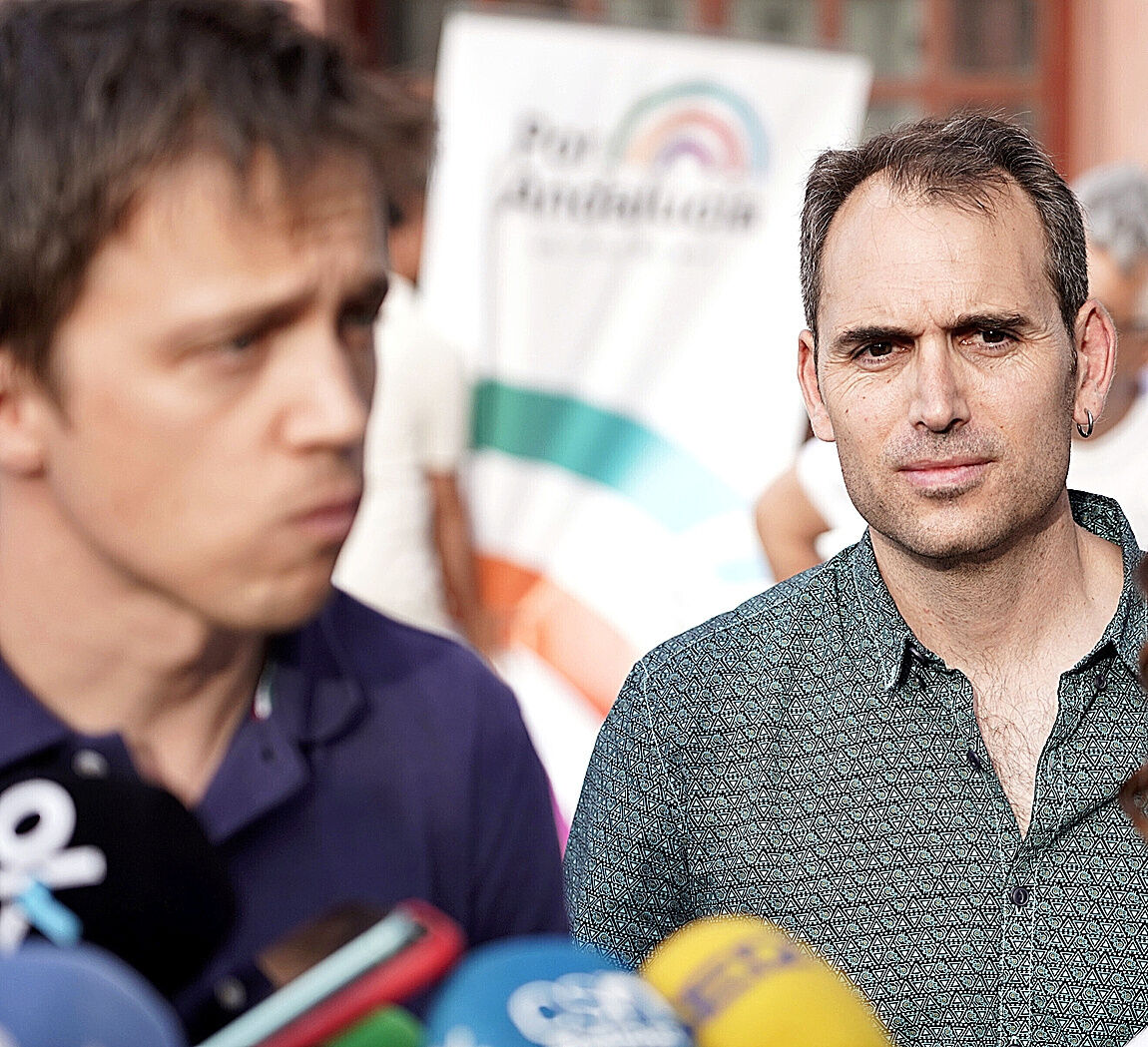 Gestures in politics are often more important than words.

And the gestures show that the rapprochement between Yolanda Díaz and Íñigo Errejón has entered a phase of acceleration and intensity as the second vice president of the Government is taking steps forward in preparing a new space to the left of the PSOE, which will be taking flight after the Andalusian elections carried through the

This personal approach is taking place at the same time that the tension and distance between the leaders of Podemos -the current ones and the emeritus- and her are growing.

On Sunday they will rally together in

in support of the candidate for Por Andalucía,

, in what represents a very relevant leap in this flourishing relationship.

It will be their seventh meeting in just two months and five days.

It is a figure that already speaks for itself of the climate of rapprochement between the two -with what this awakens in positions of Podemos-, but above all it has the political value of having left numerous images where they exhibit complicity, harmony and affection.

As it happened in two book presentations -one about

The last of those photographs does too.

It is from last Tuesday night, when the leader of Más País published on

a pose of the two, smiling, after winning two awards granted by the

"Sharing prizes!!" he tweeted himself.

While Díaz and Errejón nurture a proscribed relationship for

, the distance increases between the vice president and the factual leaders of Podemos, with whom she is less visible every day and with whom the differences begin to be unsustainable.

The wear and tear of recent months, with resounding darts from the former

leader against her, has been accelerated by the tensions caused by the Andalusian candidacy, which have done nothing more than undermine the electoral options of the Por Andalucía coalition and demonstrate that climate of division.

First, it was due to the pulse that Podemos and

maintained for the candidate -which Díaz opted for Inma Nieto, provoking acid criticism from Iglesias-;

then by the resounding outcome in the registry of the coalition -Podemos was left out for not delivering the papers on time and blamed IU-;

, a member of the IU Executive and who, in addition, is the partner of the IU leader in Andalusia in the middle of the campaign

, one of the people most involved in the two previous episodes in which Podemos came out very touched.

In this rarefied climate between Podemos and IU, which was already burdened by the alignment of

with Díaz, the campaign has to continue.

And he will physically join Díaz with the two main positions of Podemos on the Andalusian stages.

On Saturday he will be with Belarra and on Tuesday the two will repeat the central act of the campaign with Montero and Garzón.

Errejón will not be there that day despite the fact that Más País is part of the Por Andalucía coalition.

He will make his appearances in these elections without the company of the national leaders of Podemos and Izquierda Unida.

So there will be no reunion between former teammates.

The Díaz-Errejón act on Sunday in Malaga has aroused a lot of interest in showing their approach and in case their words at the rally give rise to clues as to what their will is about coming together in the future.

It is true that there is still a long way to go, even to address it.

To begin with, because she still has to start her project and define the path she wants to follow.

In addition, Errejón stressed on Tuesday that the Andalusian project "is not a casting for Spain", but its own campaign.

Precisely that same Sunday, Pablo Iglesias has scheduled his only campaign event in

(Cádiz), at the same time as the other.

So the messages of the former leader of Podemos about the elections will enter into direct competition with those of Díaz and Errejón to gain a foothold in newspapers, television and radio.

She goes to the Cadiz town to promote her book with

Truths to the face

, from whose previous presentations some darts have come out to Díaz, such as the one in which she said that if she was now a political figure it was thanks to the leadership of Podemos he pushed to “govern, govern, and govern.

And that is why Yolanda Díaz exists.