The Israeli occupation is executing freed prisoners on the ground... Is it a new policy of liquidation?

The Commission of Detainees and Ex-Prisoners Affairs (affiliated with the Palestine Liberation Organization) confirmed that it has monitored a remarkable increase in crimes of physical liquidation targeting, since the beginning of this year, liberated prisoners from Israeli occupation prisons. 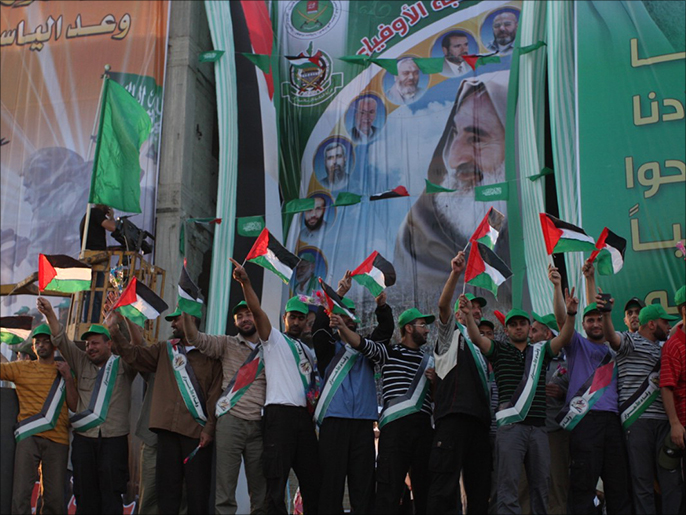 - About two months separated the release of Ghufran and Rasna from prison and her entry to a grave dug by a sniper bullet from the Israeli occupation forces, and she was martyred a few days ago, at the entrance to Al-Aroub refugee camp (north of Hebron) in the occupied West Bank.

A few days ago, Daoud Al-Zubaidi, and Ayman Muhaisen joined them, and the three of them were freed prisoners who were martyred by Israeli snipers, who were said by Palestinian official and civil circles that they are "deliberate field execution crimes."

The Commission of Detainees and Ex-Prisoners Affairs (affiliated with the Palestine Liberation Organization) confirmed that it had monitored a remarkable increase in crimes of physical liquidation targeting, since the beginning of this year, liberated prisoners from Israeli occupation prisons.

The head of the commission, Minister Qadri Abu Bakr - told Al Jazeera Net - that "the occupation army and its special units deliberately liquidated and assassinated Ghufran, David and Ayman, out of growing hatred towards the liberated prisoners."

Civil institutions concerned with prisoners' affairs have monitored the rise of 62 Palestinian martyrs since the beginning of this year, and it was remarkable that among them a significant number of liberated prisoners, who rose as a result of "Israeli cold-blooded killings and deliberate field executions."

The last of these is the martyr Muhaisen, who spent 3 years in the prisons of the occupation, and the Commission of Prisoners and Ex-Prisoners Affairs attributed to eyewitnesses that Israeli special units assassinated him in front of his home in the Deheisha camp in Bethlehem in the occupied West Bank.

Abu Bakr said that the area that witnessed the assassination of Muhaisin "was far from any confrontations (...) and the sniper who committed this crime is aware of the features of the face and personality of the target, just as happened in the crime of liquidating journalist Shireen Abu Akleh."

Abu Bakr demonstrated that the occupation army and its special units deliberately “committed crimes of physical liquidation of liberated prisoners”, with the testimony of the Palestinian Red Crescent Society regarding the crime of execution of Ghufran, where the occupation prevented the Red Crescent crews from trying to rescue her, and she was left bleeding for about half an hour after she was shot in the upper part From her body, before being transferred to take her last breath in a hospital in Hebron.

At the time, the Palestinian Authority’s Ministry of Foreign Affairs, in Ramallah, described this incident as a “field execution crime,” and as “an extension of the series of field executions crimes committed by the occupation forces.”

The statements of condemnation from Palestinian factions and forces also carried the same description, and said that "Israel gives cover for field execution crimes by encouraging its soldiers to shoot and target Palestinian civilians."

Minister Abu Bakr said that Israel is practicing what he described as a "planned and systematic policy" aimed at assassinating the liberated prisoners, a policy that "reflects the extent of the extremism of the occupation system with all its components towards this struggling segment of the Palestinian people."

In turn, the head of the Studies and Documentation Unit in the Detainees and Ex-Prisoners Affairs Authority, Abdel Nasser Farwana, confirmed - to Al Jazeera Net - the increase in Israeli field killings during the past few months, and their strikingly targeting of a number of released prisoners.

Farwana, a freed prisoner who spent years in the prisons of the occupation, said that these crimes should constitute a "warning bell" for the liberated prisoners, and prompt them to take high levels of caution and caution in anticipation of the "treachery of the occupation."

These crimes - according to Farwana - constitute an extension of what he described as the "slow killing" practiced by Israel against the prisoners inside its prisons, who are being killed with the weapon of diseases and medical negligence.

After the Palestinian prisoner is released from the darkness of prisons, exhausted by diseases that kill his body, he becomes exposed to death by an Israeli sniper, according to Farwana's assertion.

Returning to Abu Bakr, he says that the commission is currently working on preparing reports with evidence of execution crimes committed by the occupation forces against liberated prisoners, and sending them to the Palestinian Ministry of Foreign Affairs, embassies, and international and human rights institutions around the world, to expose this hostile Israeli policy.

However, Abu Bakr, who was on an Arab and European tour a few weeks ago to publicize the issue of the prisoners, seemed not optimistic about the possibility of holding Israel accountable for these crimes in the near future.

Director of the Prisoners Center for Studies and Research Raafat Hamdouna told Al Jazeera Net that these crimes, although they have increased in frequency recently, are not considered a "new policy" of the occupation, many of which were committed against liberated prisoners over many decades.

Hamduna, a freed prisoner, who spent about 15 years in the prisons of the occupation, confirms that Israel is pursuing a "policy of execution" against prisoners, whether inside or outside prisons, with various methods and means.

Hamdouneh monitored a number of these crimes, the most famous of which dates back to 1984, when Israeli special forces committed a field execution against Subhi Abu Jameh and Majdi Abu Jameh, after they were arrested alive. Carrying out the hijacking of an Israeli bus with the intention of exchanging it for Palestinian prisoners.

Before and after this crime - Hamdouna said - Israel committed and commits dozens of crimes from field executions against Palestinian prisoners, whether inside prisons or after their liberation, and continued killing by letting them bleed to death, and preventing any attempt to rescue them, or by leaving them “prey” to diseases that eat their bodies inside prisons. and cells and prevented any treatment for them.

Data from the Prisoners and Ex-Prisoners Affairs Commission indicate that the occupation holds about 4,600 Palestinian prisoners in its prisons, including 31 female prisoners and 172 children, and about 500 of these prisoners suffer from serious illnesses, and some of them need urgent medical interventions.