List: Three wordings in the agreement that can be seen as controversial for Turkey

Experts are divided over whether the agreement between Amineh Kakabaveh and the Social Democrats will negatively affect Sweden's NATO application. Here, SVT's Turkey correspondent Tomas Thorén explains why formulations in the agreement between the parties are seen as controversial by Turkey. 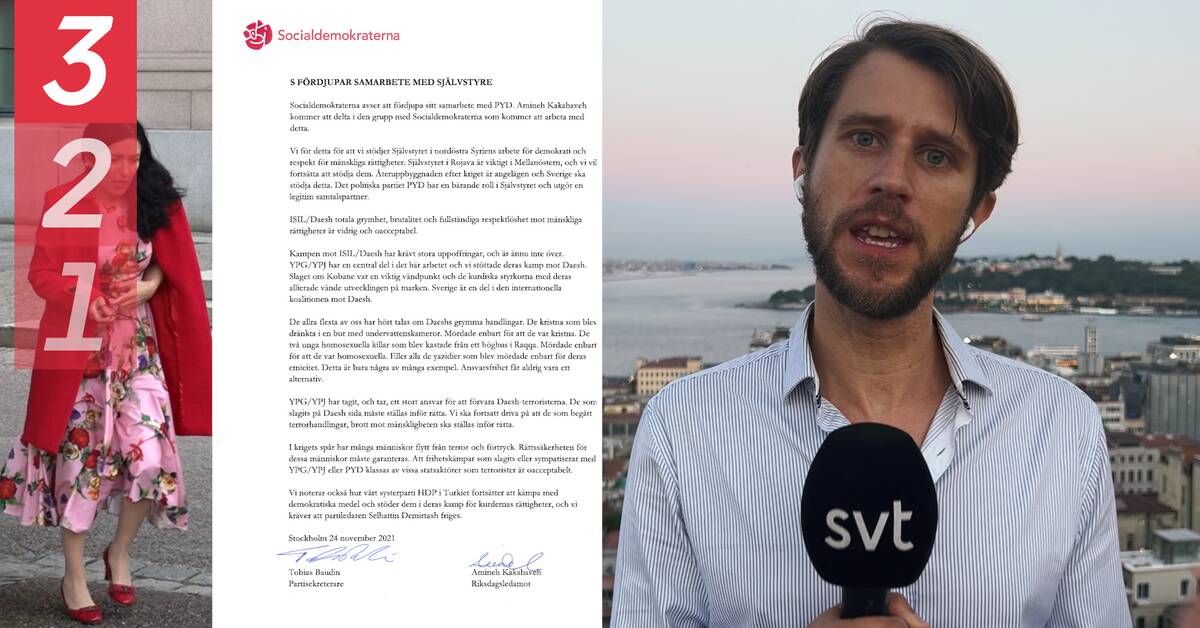 The agreement reached between the Social Democrats and Amineh Kakabaveh in November last year came into focus on Tuesday.

Before the no-confidence vote against Morgan Johansson, the political savage Kakabaveh demanded that S publicly clarify that the agreement is firm, something the party later commented on.

The vote in the Riksdag, where Kakabaveh played a decisive role, ended with the declaration of no confidence in the Minister of the Interior and Justice Morgan Johansson (S) being rejected.

At a press conference after the vote, Prime Minister Magdalena Andersson was asked how today's message and promises to Amineh Kakabaveh will be received in Turkey.

- It is clear to Turkey that we have not made any concessions to Amineh Kakabaveh.

Now, after the failure, the opposition is trying to rewrite history, Andersson said then.

Experts are divided on whether the agreement between S and Kakabaveh will affect Sweden's NATO application.

Turkey expert Paul Levin, director of the Institute for Turkey Studies at Stockholm University, believes that the government's agreement makes it more difficult to reach a diplomatic compromise with Turkey.

But Aras Lindh, Turkey expert and analyst at the Foreign Policy Institute, does not think so.

- The government is in the middle of negotiations with Turkey.

I do not think that S would act in a way that risks declaring the NATO application dead.

The agreement states, among other things, that cooperation with the Kurdish party PYD will be deepened.

In the clip, SVT's Turkey correspondent Tomas Thorén talks about three formulations in the agreement that are controversial for Turkey.