Mixing petrol and diesel with biofuels today does far more to reduce the transport sector's carbon dioxide emissions than all electric cars and plug-in hybrids. This is shown by calculations made by SVT with figures from the Swedish Environmental Protection Agency. Until 2030, biofuels are expected to be more important than electric cars in meeting the climate goals. 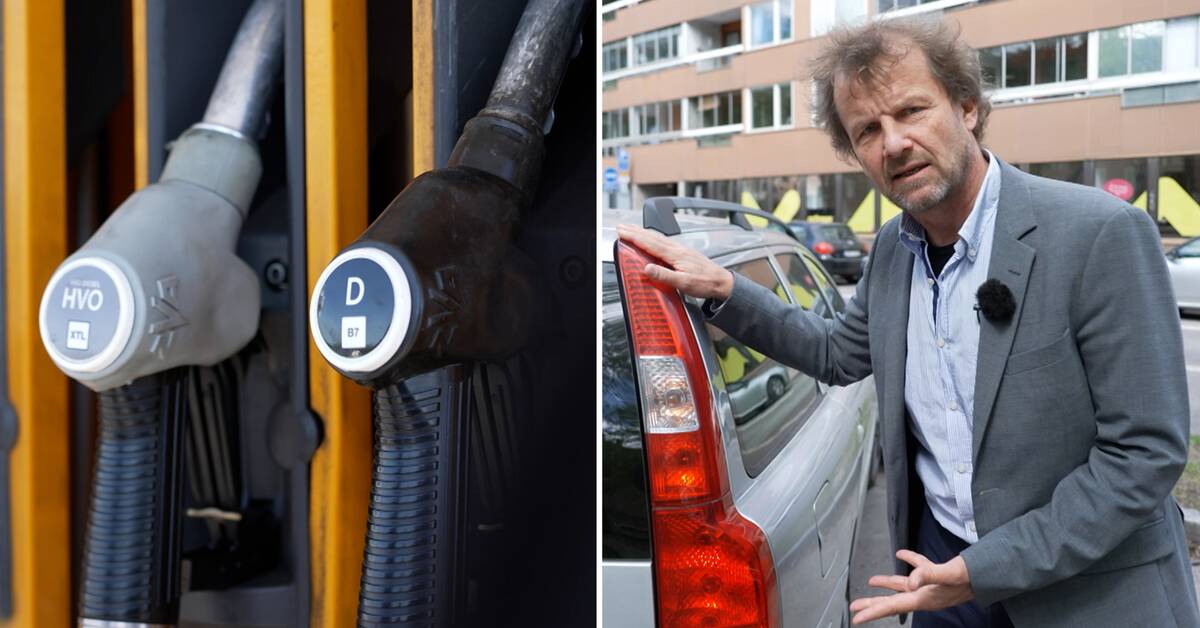 There is talk of new records in electric car sales.

But 97 percent of all cars in traffic have a gasoline or diesel engine.

Therefore, the blending of biofuels is the most important measure if Sweden is to achieve its climate goals, according to the Swedish Environmental Protection Agency.

SVT can show unique figures on the importance of biofuels for the climate.

This year, the blend of ethanol in petrol will reduce emissions by 0.5 million tonnes of carbon dioxide.

The mixture in diesel reduces emissions by 3.2 million tonnes.

All of Sweden's 300,000 electric cars and rechargeable hybrids reduce the climate footprint by approximately 0.5 million tonnes of carbon dioxide.

Biofuels thus make seven times greater climate benefits, because it applies to so many more cars.

- It is a powerful instrument that is perhaps the most important measure for whether we are to meet the climate goals by 2030, says Fredrik Hannertz, acting climate manager at the Swedish Environmental Protection Agency.

It is called the duty to reduce.

The law says that the diesel sold must have 30.5 percent lower emissions in 2022. Then 40-45 percent mixture of renewable biodiesel is required.

- It is a climate revolution in the quiet, where the responsibility to reduce emissions lies not only with individuals and motorists, says Ludwig Kollberg, communications manager at Preem.

For petrol, the reduction obligation today is 7.8 percent.

If you also count trucks and work machines, biofuels will reduce total emissions this year by 5 million tonnes.

It would take two million electric cars to achieve the same climate benefit.

The proportion of biofuels in the pump will increase gradually every year.

By 2030, the emission reduction will be 28 percent on petrol and as much as 66 percent on diesel.

Even by 2030, the Swedish Environmental Protection Agency believes that biofuels will mean more to the climate than electric cars.

Especially since electrification is slower for trucks and work machines, where diesel dominates.

To achieve zero emissions by 2045, electric cars are the intended solution.

But for the climate, what happens in the next few years is crucial.

That is why blending biofuels to all the millions of cars with internal combustion engines is so important, according to the Swedish Environmental Protection Agency.

- Then I think you can feel safe as a consumer that what you put in the tank is sustainable, says Fredrik Hannertz.