Foot: Brazil of an omnipresent and scorer Neymar beats Japan 1-0

Brazil, with its full team, largely dominated Japan, which it beat 1-0 in a friendly match Monday in Saitama, in the suburbs of Tokyo, five and a half months from the Qatari World Cup. 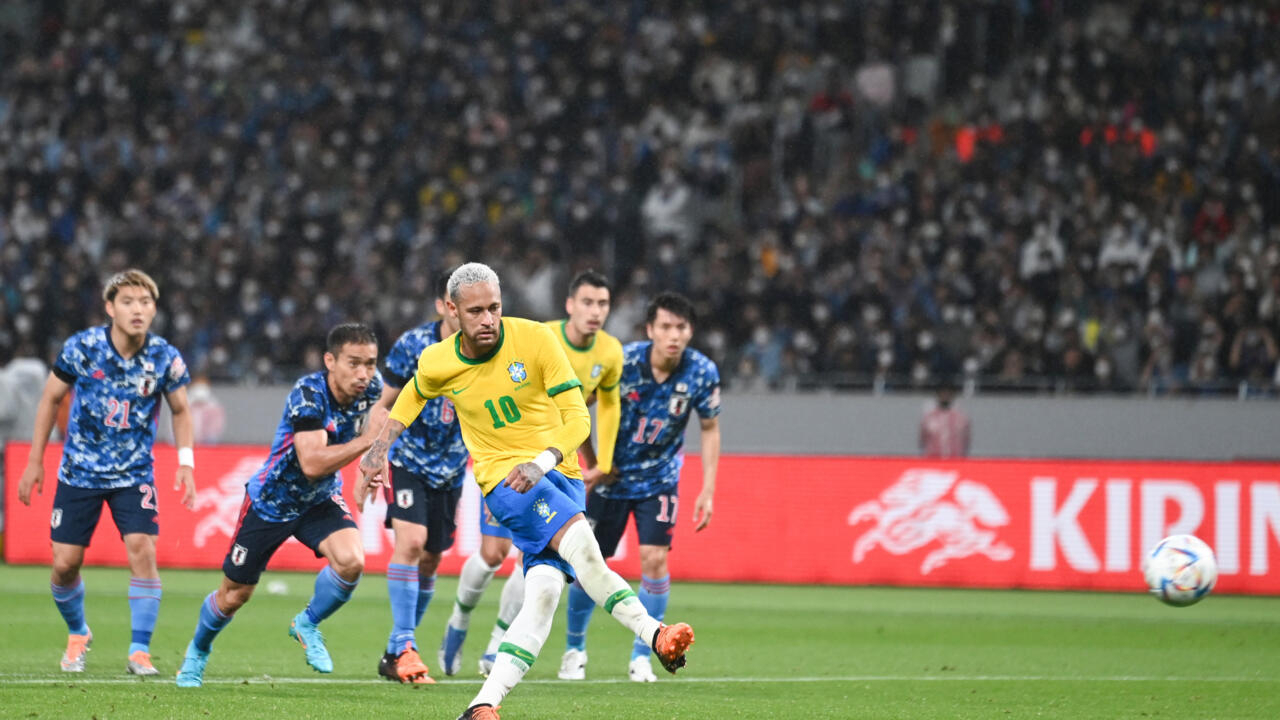 The winning goal was however slow to come and was only scored thanks to a penalty, whistled for a foul on Arana and converted in the 77th minute by Neymar, who was also incisive and enterprising in this meeting he played until the end.

Neymar scored his third goal from the penalty spot in two selection matches, after his double last Thursday in Seoul against South Korea (5-1 victory).

After the first twenty minutes where not much happened, except all the same a sublime heel from the 2nd minute from Neymar for Paqueta whose shot crashed on the right post of Gonda's goals, Brazil has decided to accelerate.

The Seleçao then obtained several clear chances, and the Japanese goalkeeper had to pull out all the stops, deflecting attempts from Raphinha (19th) or Neymar (27th and 42nd).

In the opposing cage, Alisson had almost nothing to do.

In the second half, the "Blue Samouraï" showed themselves to be more enterprising, notably obtaining a great opportunity in the 72nd minute when the ball centered from the right at ground level by Nagatomo in front of Alisson's goal was deflected in extremis by the foot of a Brazilian defender.

But Brazil still had control of the ball and won a penalty when left-back Arana, trying to take back a ball pushed back by Gonda on a first shot from Neymar, was jostled in the area.

Neymar, with a perfect counterpoint, transformed it, for his 74th goal for the Brazil team, approaching three lengths from Pelé's record (77 goals).

Brazilian coach Tite during his team's victory on June 6, 2022 against Japan (1-0) in a friendly match at Saitama National Stadium, in the suburbs of Tokyo CHARLY TRIBALLEAU AFP / Archives

"It was a very high level match, both teams showed their quality and it was very competitive," said Brazil coach Tite.

"We were determined to score and we kept looking for a goal, that's what won us the victory," said Tite, who felt that this "mentality" could make the difference at the World Cup (21 November - 18 december).