Amid a record rise in wheat prices... mutual accusations between Russia and the West are responsible for the food shortage crisis

The "FAO" announced that wheat prices rose by 5.5%, while the US President accused Russia of causing a rise in energy and food prices in the world by launching a war on Ukraine, his Russian counterpart denounced attempts to blame his country. 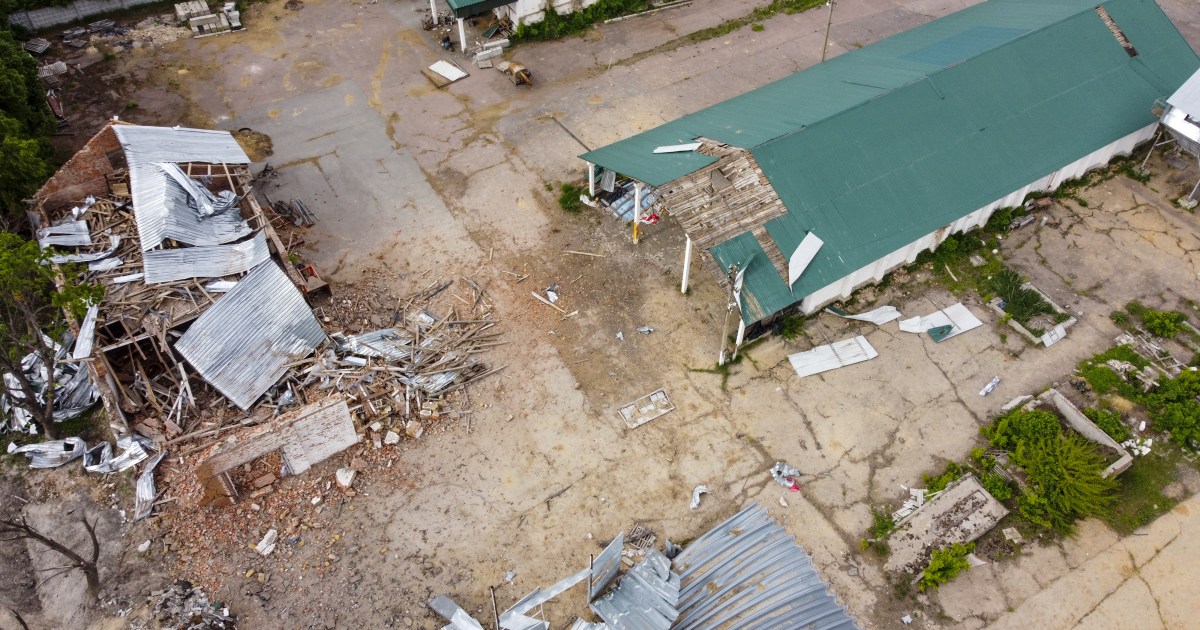 The Food and Agriculture Organization of the United Nations (FAO) announced that wheat prices rose by 5.5% on a monthly basis, while US President Joe Biden accused Russia of causing high energy and food prices in the world by launching its war on Ukraine, Russian President Vladimir Putin denounced the attempts of Blame Russia for global food shortages.

The FAO food price index witnessed a limited decline, for the second month in a row, compared to its level in March.

However, the prices of foodstuffs that make up the index witnessed variation. While the prices of sugar, vegetable oils and dairy decreased as a result of the decline in demand and the easing of some export restrictions, the prices of meat rose to an unprecedented level, and the prices of wheat and grains increased.

With 100 days into the war, the UN coordinator for the Ukraine crisis, Amin Awad, said more negotiations were needed to open trade corridors across the Black Sea.

He believed that "not opening those ports will lead to famine, unrest and mass migration around the world," noting that the shortage of wheat and other grains could affect 1.4 billion people across the world.

Russia has closed Ukrainian ports on the Black Sea since the start of - what it calls - a "special military operation in Ukraine", and thus prevents the export of its grain, which fed 400 million people last year, and the situation has become more urgent with the approach of the harvest season.

Awad stressed that the organization is conducting intensive negotiations to allow the export of tens of millions of tons of Ukrainian grain and to prevent a global food crisis, expressing very cautious optimism.

Negotiations are being led by Martin Griffiths, UN Deputy Secretary-General for Humanitarian Affairs, and Rebecca Greenspan, Secretary-General of the United Nations Conference on Trade and Development (UNCTAD), Amin Awad, the UN coordinator for Ukraine, told reporters in Geneva during a regular online press conference.

In this context, the President of the African Union called on Senegalese President Macky Sall his Russian counterpart Vladimir Putin to realize that African countries are victims of the conflict in Ukraine.

Sall added, during President Putin's reception in Sochi, Russia, that global food supplies should not form part of the sanctions against Russia.

For his part, US President Joe Biden accused Russia of causing a rise in energy and food prices in the world by launching war on Ukraine and preventing the export of Ukrainian grain shipments.

Biden noted that Ukraine has 20 million tons of grain that it cannot export to the world market due to the Russian invasion.

For its part, the German Foreign Ministry strongly condemned what it considered attempts by the Russian president to blame the West for creating a famine in Africa.

The German Foreign Ministry spokeswoman stressed that the threat of starvation threatening the world was caused by Russian aggression, not by Western sanctions.

On the other hand, Russian President Vladimir Putin denounced attempts to blame Russia for the global food shortage, stressing that the United States' decision to print money led to an increase in food prices globally.

The Russian president proposed the ports under his country's control in Ukraine as an alternative way to carry out the Ukrainian grain transport operations.

Putin said - in a statement to Russia 24 channel - that his country will ensure the safety of approaching those ports, and will work to ensure the entry and movements of foreign ships in all directions in the Azov and Black Seas.

Putin stressed that there are various alternative ways to carry out grain transfers from Ukraine, adding that Belarus is the easiest and cheapest of those ways.

He pointed out the possibility of transporting Ukrainian grain to the ports of the Baltic states via Belarus, but to achieve this, the sanctions imposed on Belarus must be lifted.

For her part, Russian Foreign Ministry spokeswoman Maria Zakharova confirmed Russia's readiness to supply grain to countries in need, provided that restrictions imposed in this regard are lifted.

In her weekly press briefing, Zakharova said that if the mines are removed from Ukrainian ports, Russia will be ready to ensure the security of grain-carrying ships and their escorts.

She added that Moscow had restored work in the ports of Mariupol, accusing the West of preventing foreign ships from leaving the ports.

On the Ukrainian side, Foreign Minister Dmytro Kuleba said that his country is ready to create the necessary conditions for the resumption of its exports from the port of Odessa.

Kuleba added - in a tweet on Twitter - but the question is how to make sure that Russia will not misuse the trade route to attack the city of Odessa, noting that Russia has not provided any guarantees so far.

For his part, Ukraine's ambassador to Ankara, Vasyl Bodna, accused Russia of "stealing" Ukrainian grain crops and exporting them to several countries, including Turkey.

Bodna said - in a tweet on Twitter - that Russia brazenly steals Ukrainian grain and ships it abroad from the Crimea, stressing that his country requested Turkey's help to solve the problem.

The economies of the two countries were not spared during the 100 days of the war from serious damage, as economic estimates indicate that Russia has lost 300 billion dollars in gold and currencies that have been frozen in Western countries, since it decided to launch war on Ukraine 100 days ago.

The value of the stock market has also fallen by about 40% since the beginning of the year.

As for the inflation rate, it witnessed an increase of 17.8% during the same period.

Air traffic through Russia shrank from 8.1 million passengers to 5.2 million during the first three months of this year.

According to Bloomberg, Moscow may lose nearly $22 billion due to Western countries' decisions to ban the import of Russian oil.

On the other hand, direct economic losses to Ukraine are estimated at $600 billion, an average of $6 billion per day.

The gross domestic product has also fallen by 35%, while 22 million tons of grain are accumulated in Ukrainian ports and silos, which Kiev is unable to export.