Cereals: the president of the African Union "reassured" after his meeting with Putin

The President of Senegal and incumbent of the African Union Macky Sall said Friday he was "reassured" after his meeting with Vladimir Putin, to whom he expressed his fears about the impact in Africa... 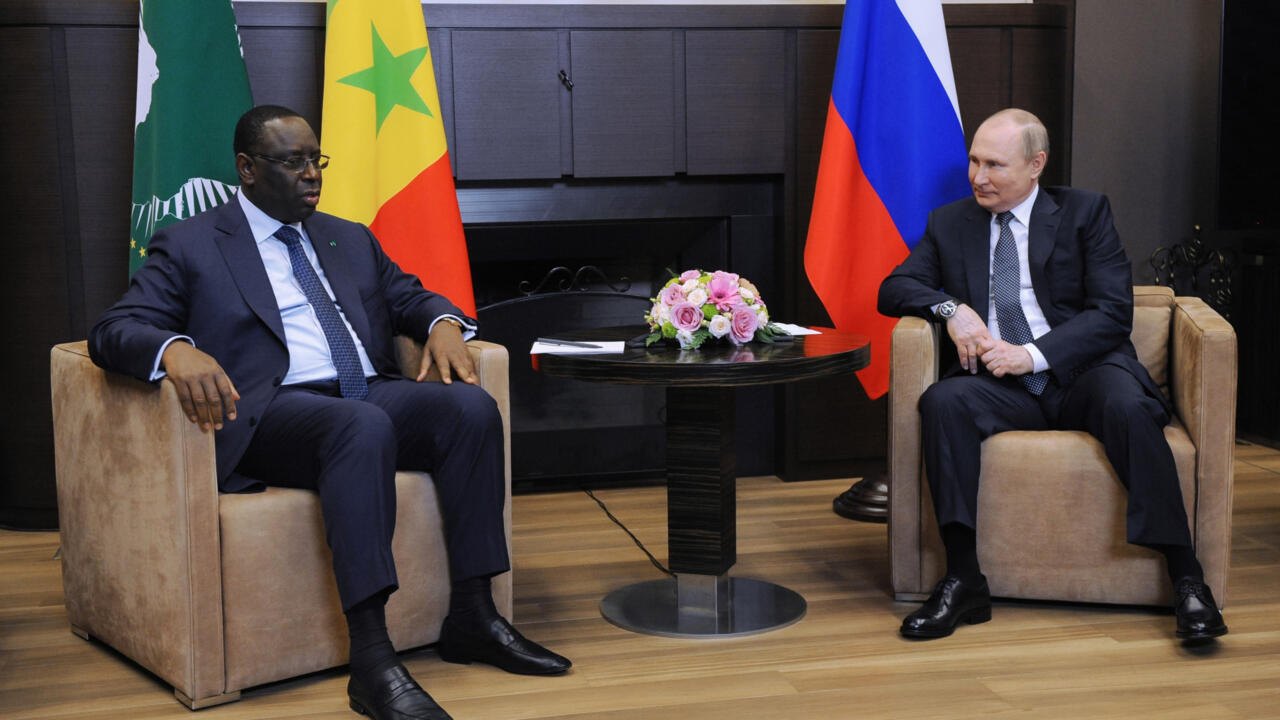 “We leave here very reassured and very happy with our exchanges,” Mr. Sall told reporters after a three-hour meeting in Sochi (southern Russia), adding that he had found the Russian president “ committed and aware that the crisis and the sanctions create serious problems for weak economies, such as African economies".

Mr. Putin mentioned "several means of facilitating the export, either through the port of Odessa", which must however be demined, or "through the port of Mariupol", which recently resumed service with the conquest of the city by Moscow, or even "by the Danube" or "Belarus", indicated Mr. Sall.

At the start of the interview, Mr. Sall, who was accompanied by the head of the African Union Commission, the Chadian Moussa Faki Mahamat, had asked Vladimir Putin to "realize" that Africa was a "victim" of the situation.

The UN indeed fears "a hurricane of famine", mainly in African countries which imported more than half of their wheat from Ukraine or Russia, especially since no ship can leave Ukrainian ports in reason for the offensive.

Mr Sall pointed out that "the majority of African countries" had "avoided condemning Russia" in two UN votes and that with "Asia, the Middle East as well as Latin America, a good part of humanity" had preferred to stay away from the conflict.

The Senegalese president also noted that food tensions had been aggravated by Western sanctions, which affect Russia's logistics, trade and financial chain.

Because of these punitive measures, "we no longer have access to cereals from Russia, but especially to fertilizers", said Macky Sall, judging that this created "serious threats to food security on the continent".

Vladimir Putin, for his part, did not address this subject in the public part of their meeting.

On the other hand, he recalled the "support" of the Soviet Union to African countries "in the fight against colonization" and praised the development of Russian-African relations.

The Russian offensive in Ukraine has crippled the food exports of these two agricultural giants.

This led to a spike in the prices of grains and oils, whose prices exceeded those of the Arab Springs of 2011 and the food riots of 2008.

The UN Food and Agriculture Program (FAO) has indicated that an additional eight to 13 million people could suffer from undernutrition worldwide if the crisis continues.

However, the lights are red, no more ships leaving Ukraine, which was also the fourth exporter of corn, on the way to becoming the third largest exporter of wheat and alone provided 50% of the world trade in seeds and oil. of sunflower before the conflict.

Moscow says the blockage is not its fault, nor the result of the presence of its war fleet off Ukraine, but is the result of kyiv mining Ukrainian ports.

In addition, Russian grain exports are largely blocked due to logistical and financial sanctions imposed by the West to punish Russia.

To prevent the crisis from continuing, the Kremlin has called for the lifting of sanctions and the demining of Ukrainian ports, a position denounced as "blackmail" by kyiv.

On Monday, Vladimir Putin however said he was ready to work with Turkey for the establishment of "maritime corridors" allowing the free movement of goods in the Black Sea, including "cereals from Ukrainian ports".

The head of Russian diplomacy, Sergei Lavrov, will be in Turkey on June 8 to discuss with his counterpart Mevlüt Cavusoglu the establishment of these corridors.