“There are locations in Russia that have no alternative abroad”: tourism industry experts on the beginning of the summer season

Russia has unique tourist locations and regions that have no alternatives abroad. Ilya Umansky, head of the domestic tourism committee of the Russian Union of Tourism Industry (PCT), spoke about this in an interview with RT. The expert also recalled that the state subsidizes charter flights, which allows Russians to visit various regions of the country at better prices. In addition, the mechanism for organizing author's tours and hiking trips is actively developing. For his part, RST Vice President Yuri Barzykin, in an interview with RT, noted that by now the flow of foreign tourists has decreased, which gives Russians the opportunity to travel more actively around the country. In particular, according to Barzykin, Russians should pay attention to river cruises this summer. 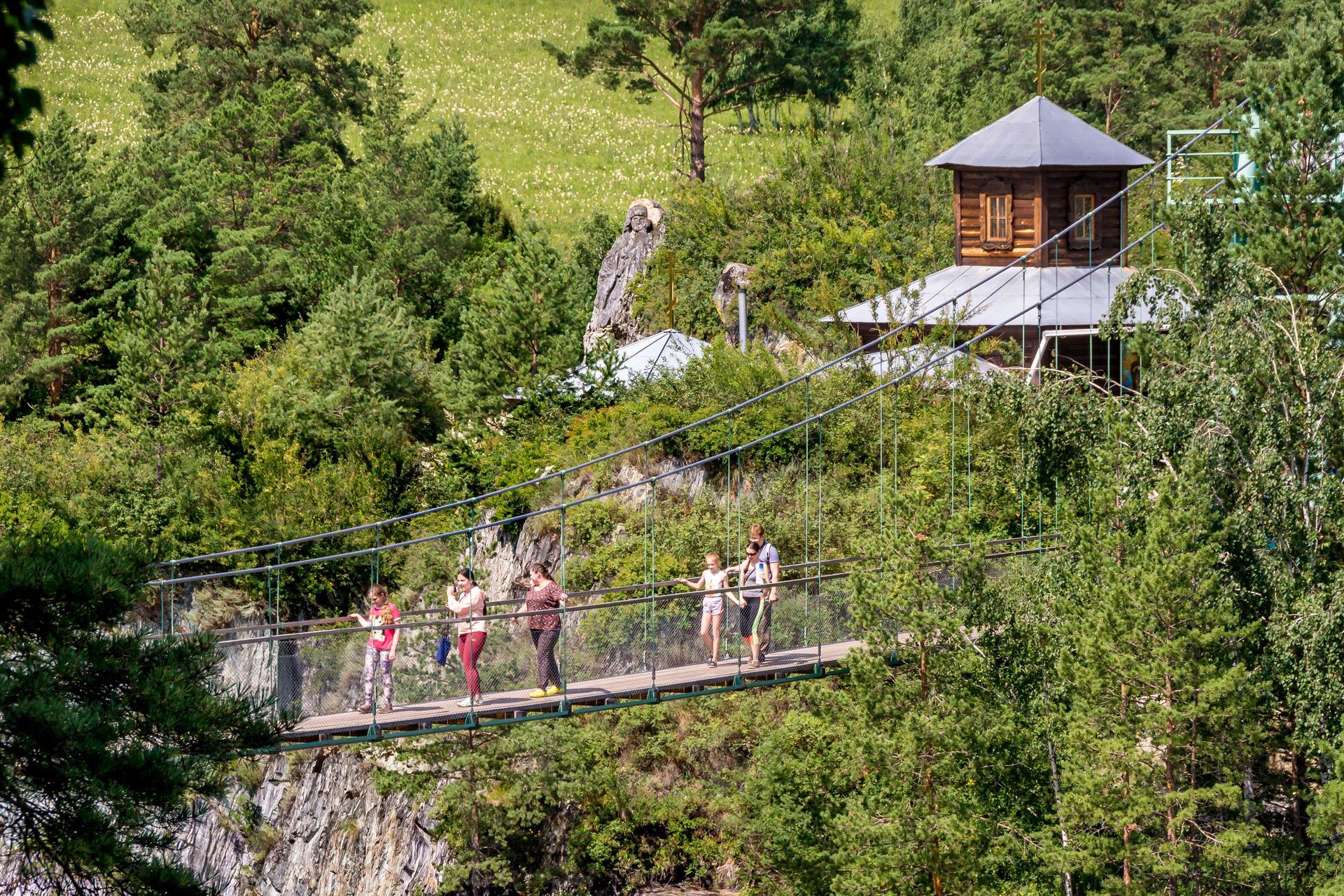 - Ilya Gennadievich, what Russian destinations are an alternative to foreign resorts?

- All Russian destinations are in some sense an alternative to foreign ones.

For example, St. Petersburg, Kaliningrad are an alternative to European cities in terms of architecture and various attractions.

In Russia there is a warm Black Sea coast, which is a competitor to foreign sea resorts, ski resorts, Krasnaya Polyana.

Therefore, I would even say that we have such locations and regions that are unique and for which there is no alternative abroad.

We have a unique Murmansk region with its territories of the Arctic, Baikal, Altai, the same Kamchatka, which is absolutely unique and has no alternative.

— What is the significance of tourism for regional development?

“There is a huge prospect and a lot of work ahead, because, unfortunately, our domestic tourism has not developed for many years.

In recent years, everything has restarted, a lot of work has begun both at the government level and at the level of investors.

A national tourism development project has been launched, very good conditions have been created for attracting investors, in particular conditions for subsidizing the interest rate for lending to investors, for the construction of new accommodation facilities.

In the short term, domestic tourism should have a significant share in the country's GDP.

We know that in advanced countries the income from tourism is significant, in some countries it prevails, in our country this is not the case yet, but we are actively moving forward in this direction.

As for the current situation, there is a huge number of jobs involved in tourism: in addition to the fact that people work directly in the tourism industry, tourism has a huge multiplier effect.

— Are new routes for domestic destinations being developed?

If so, which ones?

“The work is going on at completely different levels.

At the state level, there is a subsidization of charter transportation for the organization of package offers by large Russian tour operators.

Now Russian tour operators use foreign practice and form charter routes throughout the country in a large number of directions, from the Far East to Kazan, including Buryatia, Altai - a whole line of offers.

Tour operators are actively involved in it, there is significant support from the state, since it subsidizes up to 50% of the cost of organizing these charter flights, which will certainly affect the offer price.

The second story is the opportunity for small businesses to participate in tourism.

We see that a large number of people are involved in the formation of author's tours, their number is growing.

People organize walking tours of cities, various tours and trips to unique places, for example, in the Altai Territory, in Kamchatka ... Tourism is very multifaceted, very diverse, and there is a huge opportunity for application of efforts.

— How actively do Russians use the tourist cashback program?

- As for the tourist cashback, this is the most effective support measure that has ever been applied to Russian tourism.

The entire market highly appreciated it, and we saw the active inclusion of businesses in this program.

It is very popular with tourists themselves.

Moreover, the uniqueness of this program is that it is absolutely universal, it can be used for various tasks, depending on what purpose, what need exists now.

Basically, this decision was used by Rostourism to stimulate trips of Russians to Russian resorts during the low season, and with each stage its popularity grew and the number of participants increased.

It's summer now, the adult cashback program has already ended, we are waiting for the autumn stage - it will start in October.

— What destinations within Russia could you recommend for a budget and interesting holiday?

- I am guided by the rule that the popular and in demand cannot be cheap.

In order to save money or get some benefit, you need to act against the main flow.

We have areas that are now showing a certain decrease in the dynamics of demand, but we must understand that it is not the cost that is important, as many people think, but demand.

Now you can relax with a good level of quality and service, but at the same time cheaper than, for example, last year, and the brightest representative of this direction this year is Crimea.

According to our data, holidays in Crimea are now cheaper than last year.

The same direction is Moscow, so for residents of Russia who do not live in the capital, the city is very attractive in terms of price.

Moscow has a huge number of events and places worth visiting, spending a few days here, it seems to me, a great pleasure.

At the same time, it is now possible to stay in Moscow in a five-star hotel cheaper than, for example, in a three-star hotel in Kaliningrad.

In addition, in addition to the traditional destinations where people have always preferred to go, we know that 80% of our fellow citizens prefer to relax on the sea.

But now we see a significant trend towards expanding the geography of tourist trips, there are clear leaders in the directions where the eyes of our tourists are now directed.

In the first place, I would put the direction of the North Caucasus.

We have a huge demand for Dagestan, for Chechnya - these are new leaders.

Of course, they are not able to compete in absolute terms with the same Krasnodar Territory, but due to the lack of a sufficient number of accommodation facilities at the moment, in terms of demand, they, of course, are growing the most.

I would also designate Bashkiria, Altai, and the Far East is now at the peak of popularity.

Are PCR tests and certificates required inside Russia?

— Now, in order to stay in hotels, there are no longer any restrictions, so you can go quietly to rest, without thinking about what bothered us a year ago.

— Yuri Alexandrovich, in your opinion,

what are the most popular holiday destinations in Russia right now?

“We have more than 1,000 river routes alone. Their demand is high: these are traditional cruises along the Volga, and expedition routes along the Yenisei and Baikal.

Previously, such routes were popular among our guests from abroad, now there are much fewer of them, which means that we can taste it.

On May 1, a tourist train started from Moscow to the regions of the North Caucasus and southern Russia.

All regions are interesting, but, of course, the Black Sea coast, recreational tours to the Krasnodar Territory, the Republic of Crimea are popular.

- How has the situation changed after the temporary closure of airports in southern Russia?

It is known that 11 airports have suspended the reception of tourists, primarily Simferopol, Anapa, Krasnodar, Gelendzhik.

But there are airports in Sochi and Mineralnye Vody that receive tourists in volumes that are comparable to last year and that are higher than in pre-COVID 2019.

The situation is compensated by additional trains, but 30% of travelers previously arrived in Crimea by plane, it is impossible to completely replace them.

Also from June 1, bus charters will be launched, including to the Crimea.

Buses Moscow - Crimea will run twice a week, on Wednesdays and Saturdays.

- What type of vacation do Russians prefer?

Are there any new trends?

- Given the specifics of the geographical location, weather conditions, of course, this is a beach, recreational vacation at sea.

But the popularity of extreme and automobile recreation

Russia and its regions can offer any type of tourism, but mainly, of course, recreational, health-improving — the post-COVID situation also pushed us to this, so health resorts are filling up very well.

- Which of the foreigners most often visits Russia now?

“Now these are mainly our neighbors in the CIS.

The post-COVID situation significantly limited the flow of tourists from far abroad, and the events of recent months are even more so, so we only hope for the future.