For three reasons: the head of the Ministry of Education and Science announced plans to keep undergraduate and graduate programs in the Russian Federation

In Russia, despite the departure from the Bologna system, bachelor's and master's programs will remain, said the Minister of Science and Higher Education of the Russian Federation Valery Falkov. According to him, there are at least three reasons for this. So, many “sympathize with these formats of education”, in addition, millions of Russians with bachelor's degrees need to have the opportunity to develop, and interest from foreign students is also important. Earlier, the heads of Russian universities in an interview with RT stated the need to build their own model of education, which will be adapted to modern realities. 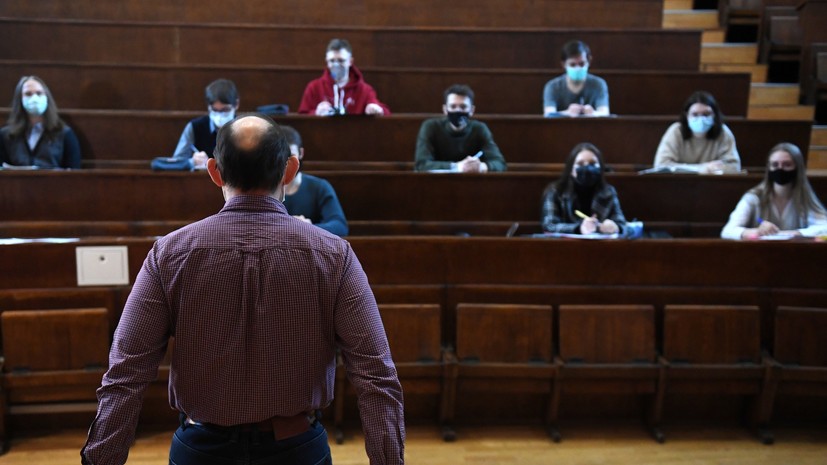 In Russia, as part of the creation of its own model of higher education in connection with the rejection of the Bologna system, bachelor's and master's programs will be retained.

This was announced by the Minister of Science and Higher Education of the Russian Federation Valery Falkov in an interview with Kommersant.

“You see, we are not talking about the fact that we will suddenly cancel everything that we have lived with for more than 20 years and return only to the specialty.

There will be both undergraduate and graduate programs,” Falkov said.

The head of the Ministry of Education and Science also listed three reasons for retaining bachelor's and master's programs: many Russians, including high school graduates, "sympathize with these formats of education";

millions of citizens of the Russian Federation have a bachelor's degree, but if it is impossible to obtain a master's degree, they will not be able to move up the career ladder;

foreign students for whom this is an understandable system of education, while Russia is in the top 7 countries in terms of the number of students from abroad.

“At the same time, obvious flaws need to be corrected (in the current education system. -

For example, when a person without specialized education enters a completely different magistracy.

There needs to be more order here.

I am not saying that it is necessary to establish direct trajectories, that only a lawyer can enter law.

Probably, economists can also go into marketing, but it’s rather strange if we have a journalism graduate going to power engineering,” Falkov explained.

In particular, in his opinion, in a number of areas "specialty should be a priority."

We are talking about doctors and engineers, as well as "new complex areas" such as medical microbiology, fundamental and synthetic biology, and special chemical technologies.

How much in management?

And as a result, we have a drop in quality.”

Also on russian.rt.com “The future belongs to our own education system”: the Ministry of Education and Science announced plans to abandon the Bologna process

In the second half of May, Russia announced its intention to withdraw from the Bologna process.

As Valery Falkov said, “the future belongs to our own unique education system”, which will be based on the interests of the national economy and the maximum space of opportunities for students.

The Ministry of Education noted that the transition to specialist programs should improve the quality of teacher training in the Russian Federation.

At the same time, the official representative of the Russian Foreign Ministry, Maria Zakharova, on the air of Sputnik radio, noted that the standardization of higher education in all countries that signed the Bologna Declaration did not take place: “That is, our diplomas have not received full recognition.

According to the speaker of the State Duma Vyacheslav Volodin, the issue of Russia's refusal from the Bologna Declaration can be submitted for discussion in the lower house of parliament on June 6.

After the Ministry of Education and Science announced its intention to move to a unique education system, experts told RT that the transition to an alternative education model had long been discussed in the academic community.

“Recently, even outside the framework of the Bologna system, we are paying more and more attention to ensuring that the trajectory of students' learning is built individually.

Such maneuverability is fully ensured by the 2 + 2 + 2 education model, which is being actively developed at Russian universities,” said Marina Borovskaya, President of the Southern Federal University.

Dean of the Faculty of World Politics, Moscow State University

Lomonosov Andrey Sidorov also stated that Russia needs to "develop a new system in which the classical approach to education will be adapted in accordance with the new needs of society."

“So far, it is not difficult to rebuild, because the old education system has not been forgotten in universities.

The people remained, the materials remained, on the basis of which it is possible to build a new system.

And if we delayed the rejection of the Bologna system for another five to ten years, then it would really be difficult to carry out this reform, ”explained Professor Pavel Lukanin, First Vice-Rector, member of the Academic Council of the St. Petersburg State University of Industrial Technologies and Design.