Ånge municipality has been hit by a frog invasion in the drinking water system. Several private individuals have to their surprise found frogs in the home's water pipes. One of those affected is Thomas Bäckman. - A mixed feeling of disgust and wonder, he says, about the frog visit in one of his water pipes. 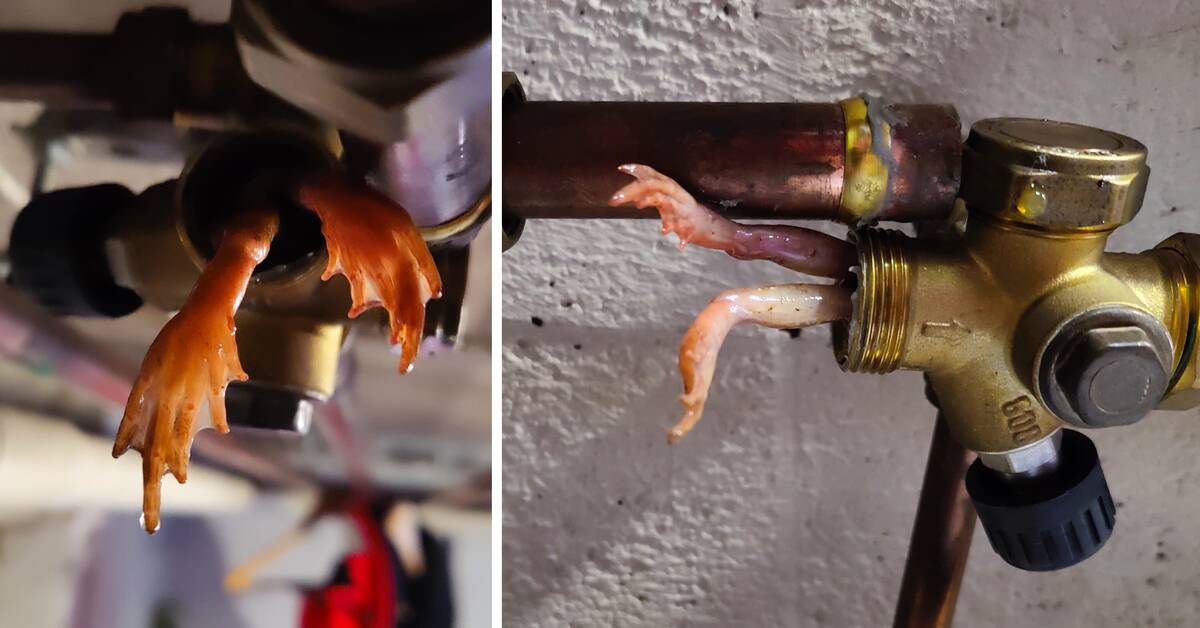 Thomas Bäckman discovered the slightly improbable when he stood in the shower.

- The hot water ran out so I called the plumber.

He found no fault in the pump and then he said that there is guaranteed to be a frog in the pipes.

So we started to lighten the couplings and then found the frog in a non-return valve, he says.

If anyone is worried, the municipality writes that the water can be boiled but that it is not necessary at the moment.

See more pictures in the video of what caused the cold shower at Thomas Bäckman's home.